I dunno if this belongs in this section, but whatever. Basically, I turned fifteen a week or so ago and I've never had a girlfriend and I was wondering how normal that is. So, how old were you when you had your first boyfriend or girlfriend?

I'm still 20 and I don't care when it happens, I don't go out looking for a girlfriend or feel I need one, if it happens it happens.

I was asked out a lot in middle school, but I just didn't see the point because I was 14 lol I had plenty of opportunity's but eh.

Still waiting for my first I guess.

Of course it's normal! Don't feel like you need to have a girlfriend or something.

I'm 16 and never had one. I'm not going to grab the nearest boy either, just for the sake of having one. That's only going to lead to one of those short relationships, which is in my books, do not want.
But I don't blame you for questioning yourself. I've done it tons of times. I just say to myself...

No big deal. Good things come to those who wait, you know.

Location
In the Heart-Warming pool

Hmmm, didn't really have my first girlfriend until I was sixteen. Definitely wasn't in any rush to find one. In late middle school through early high school, it seemed like people were pressured into getting a girlfriend/boyfriend just for the sake of getting one. I wasn't too much of a social person, so the only way I would decide to get a girlfriend was if I really like her. And well, now I'm with her~

Don't feel the need to rush into getting one if you're not ready. No point into rushing into something you're not sure you really want. When you find a girl you know you're willing to go after, you'll know.

Like everyone else here is saying, don't think it's a big deal. Relationships are often just excuses for drama within your age group anyway. My sister's fifteen going on sixteen and I'm happy to see that she's pretty (although, predictably, not completely) disinterested in other people, romantically speaking. I would say that, on the whole, romance is more emotionally draining and time consuming than it's worth; and for someone who's still just figuring their life out, it really doesn't add much to the experience, in my opinion.

Myself, I had my first "official" boyfriend at thirteen. I had been messing around with people a long while before that but I don't really consider any of them proper relationships. It probably helped in this particular case that I dated way out of my age range (he was eighteen), so my partner was really relaxed and mature. It's also not something I think either of us were ever committed to making last, which helped us not take it too seriously. It was fun. :3

I had my first partner at 15 years old; it lasted about 11 months. They were really sweet and never pressured me into anything actually waited a few months to kiss.
B

Myself, I had my first "official" boyfriend at thirteen. I had been messing around with people a long while before that but I don't really consider any of them proper relationships. It probably helped in this particular case that I dated way out of my age range (he was eighteen)
Click to expand...

Wow, your boyfriend was on some pedo shit.

Ha ha, everyone says that. But he was really lovely and never pressured me to do anything I wasn't comfortable with (I was sexually active from a really early age so none of that stuff bothered me anyway) so, eh. I was just never remotely interested in anyone my age at the time, and I'm pretty sure no one my age was interested in me. It worked out.

My first real boyfriend was when I was 13. It wasn't a long relationship, only like 2 months, but it was fun. Each time a relationship of mine ends, I learn from it. I just think that it will help me decide who I want to marry when I feel ready for that sort of commitment. I'm not the type to get into a really serious relationship, and it's easy for me to not be in one as long as I stay busy and focus on more important things. When I do get asked out though, I like to see where it will end up. I just have it in my mind that it's for me to learn from, and so I don't want to marry them, or have their children. I like relationships to just be as fun and light-hearted as possible.That will entirely change though once I find someone to spend my life with.

I just say that if you don't want to have a girlfriend, or feel the need to cause you have other things in life more important to you, then it's fine. I just don't think it's bad to try one out every so often just so you can find out what you like from it. At first you don't suceed, try, try again. Just my opinion.

Didn't get a girl friend until I was 17 and that lasted only about three months. We broke up for about a month and then got back together for another six months. So yea, it's pretty normal for people your age not to get a relationship going. Well, that's how it was back when I was your age. But looking at my sister who's the same age as you, I wonder sometimes. She's the type that hates to be alone and is currently going out with a guy that shares nothing in common with her. But seeing as how I view that as an unhealthy relationship, I'd have to say that it's a normal thing for you not to have a girl friend at your age. 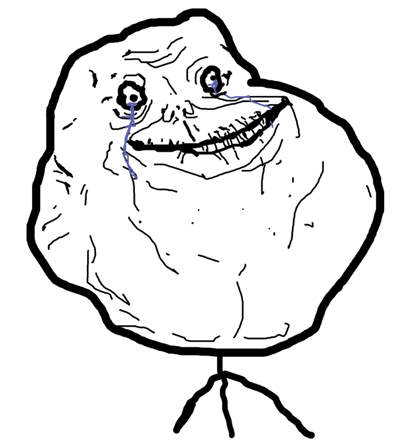 Lmfao, remind me never to shake your hand mate.

Then again, who the fuck cares what's normal or not, just do what's right for you, that's all that matters.

My first real boyfriend, I was 17. Yes, I feel in love and the whole shenanigans. My first relationship lasted a couple of years. However long before that from 15 and then, I was with people - but they fell under just messing aroundt status. And yeah, lol. Don't feel pressurized, life's different for everybody. Some people can hold a relationship and some just can't. I'm currently single, And when I'm single I make sure I explore my options, before I dig myself deeper in with another person and consider a relationship. And by that, I mean dating & try to enjoy your singleness when you can. Cause once your attached, your ATTACHED! You fall for the person and love is in the air.... Etc. Bit once Youtube break up (which I never wish that got everyone ) you forget how it feels like to be single for a while.

It's all a learning experience! 15 is still a very young age, enjoy your youth! And don't fall into peer pressure. Kay?
In simple words, follow your heart~
Last edited: Jun 3, 2012

I was 17 when I had my first girlfriend. She had the most beautiful smile that when Im with her I am always happy. Even though it lasted for half a year we are still friends.

Hmm, my first boyfriend, I believe I just turned 15 when I got my first boyfriend ever, we lasted for about 3 months. I'm glad I haven't had a boyfriend since then (dated a few guys but it never worked out), cause I was way too young to be in a serious relationship. Don't worry, you're still young and you need to have a good time right now, having a girlfriend at such a young age changes a lot of things. Just enjoy being a teenager right now, eventually love will come along.

it was my mom