The series gets a 5th installment that is to be released some time in 2011. It takes place after Tokyo Drift (since the 2009 film took place between 2 Fast 2 Furious and Tokyo Drift) and stars all the titles main characters in the film. Vin Diesel, Paul Walker, Tyrese Gibson, Lucas Black, and Jordana Brewster will reprise their roles in the new movie as the main characters (Fast Five???). It is also said that Dwayne "The Rock" Johnson will play a role of an officer chasing the main characters.

I love the Fast & Furious series with my favorite being Tokyo Drift. I cant wait to watch this new movie.

Tokyo Drift is my favorite as well.
Will watch this as well.

How many are they planning to make? D:
Seriously, I thought three was enough.

Oh well, I enjoy seeing awesome cars, so why not.

But I guess since Tokyo Drift is the last part of the story if you are going in chronological order according to the series and after the events of the 2009 film then there might be a little bit more to tell. Tokyo Drift really had nothing much to do with the continuity of the series anyway so that doesnt really matter. They tried to tie it in with a few characters that made appearances in the 2009 film and then Vin Deisel's (or however you spell the name) cameo at the end but that was just about it. Story wise there wasnt much else.

Really a new one?!

Also all the main characters until now are going to be in it...that's way past cool!!!

Tyrese? Hell yeah, all the characters back should make a fitting end to the movies but Tyrese is the best!

Although ..The Rock being a cop ...ah well, better than the tooth fairy..

Oh man, Tokyo Drift is one of my favorite movies.
I can't wait for this.
T

Awesome! I recently bought the first one on DVD (and watched the 2nd and 3rd on TV), but I haven't seen the 4th one yet ...

I've seen a couple of the movies in the series, I guess I might watch this one when it comes.

I really like the Fast & Furious movies, but 'Fast Five'? Really?

There are five people, and they drive fast!...And to top it off, they're probably furious about something! :O

The trailer is FINALY OUT!!!!!!!! Prepare to experience a measure of awesomeness that you have never experienced before.

I haven't even seen Tokyo Drift, or the new one.

You have to see them....Tokyo Drift especially. It's my favorite from the series so far.

My favorite is 2 Fast 2 Furious. 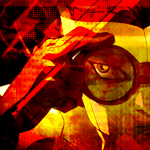 Tokyo Drift is the best out of them all and this new one looks pretty good.

I hated Tokyo Drift my favorite was the original, 2 Fast 2 Furious, and Fast and the Furious.

The only thing I dont like is that Fast & Furious and Fast Five both take place before Tokyo Drift so Lucas Black isnt in it. I want a film to have all the main characters from all the films in it. So I'm hoping for a 6th movie that does that. The only good thing is that Han is still alive lol.