How far did you get in the game? Just curious. . .

I wager it wouldn't be impossible to believe that they made it well into the Teen Link portion. After all, the game isn't really that long once get into it.
M

Location
Da land of the corn

I was playing one of those Harry Potter games... I think the second one.
I just got past some stupid duel thing like tennis or something and was oh-so pleased and progressed nicely.

That was when I decided that the PS2 wasn't close enough and pulled it forward with my controller. With my luck, the console hit the corner of a random box placed in front of it. The corner hit the reset button. T-T

In every shooting game there is a barrel filled with explosive gas.
Every time I play a shooting game, I test these barrels' pain threshold.

I'm pretty sure there wasn't those barrels in Uncharted. . .or was that Army of Two. . .either way, good point.

1. being to close to a gas barrel and shooting it
2. getting stuck on the rails in gta4

I wasn't watching what I was doing..(mistakes in MMOs))as I about too prove.

I was so damn pissed, (if anyone played FFXI they would know why)) getting gil in that game is so annoying and hard at times.(Used to be anyway))

I was luck that the guy/girl, was nice and gave it back too me. I sent a tell saying, I didn't mean too pay that much..
A

Final Fantasy VI (back when it was FFIII for SNES)
- In the Floating Continent before the World of Balance turns into the World of Ruin, I jumped into the airship without waiting for Shadow at that area (had to let the time run out in that area). Course I didn't know that at the time, and Shadow died. T_T 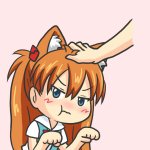 Took the memory card out while saving FFXII. I was pretty far too.

Crash Bandicoot 2- I was messing around with the buttons cuz I hadn't played in so long, and ended up sliding into a box of nitro....
N

In zelda i drank some purple Chu jelly and lost a third of my life. What the crap was that stuff for.........

Just a while ago, I accidently sniped my teammate on Halo 3. He chased me for about 3-5 minutes until he quit. 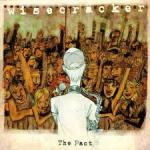 Hey now!!!! well it was probably too spicy for Link or something

I'm still not sure why you did that, MO.

Dumbest thing I've done so far as not buy RezHD. . .I just got the demo, OMFG.

Stavros said:
I'm still not sure why you did that, MO.
Click to expand...

KH II
Tried to beat Sephiroth at lv.23 ^^
Was fighting Sephiroth (at lv. 60 this time) and when my mom called me I forgot to press start. I died.

Mario Kart
Threw a banana in front of me and drove into it.
Drove into a bomb.
I was in 1st place, and someone was about to send off one of those blue things that explode on the 1st person. I reversed so I wouldn't get it but I was near some water so I fell off and had to be lifted up. Guess what? I stil got the blue thing. 3rd lap too!

These kids really sucked in Halo, so we were playing around asking if they would be our friends and stop shooting us. Eventually they caught up to us at 46 and we tied the match at that. XD.

The first time I played through RE 4 on professional mode, in the village, I was so focused on killing all the ones in front of me I didn't hear the one behind me and got a pitchfork to the back of the head.
You must log in or register to reply here.
Share:
Facebook Twitter Reddit Pinterest Tumblr WhatsApp Email Link
Top