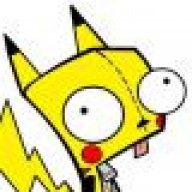 New member · From The Lanes Between