The Mysterious Case of Elisa Lam

Somethings spooky for this time of year... 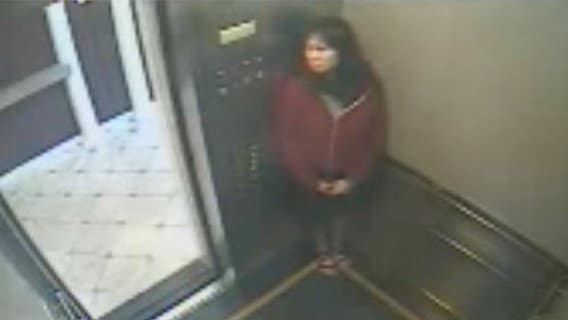 There are mysteries that are so eerie and strange that they boggle the mind for days on end. The case of Elisa Lam is one of them. In February 2013, this 21-year-old student from Vancouver, Canada, was found dead inside the Cecil Hotel’s rooftop water tank in Los Angeles. The L.A. County Department of Coroner ruled the death “accidental due to drowning” and said no traces of drugs or alcohol were found during the autopsy. However, there is much more to the story than what is implied by police reports. The first piece of evidence that needs to be considered is an elevator surveillance tape that recorded Elisa’s behavior only a few moments before she lost her life.
The four-minute video posted on YouTube shows Elisa pressing all of the elevator buttons and waiting for it to move. Seeing that the elevator doors are not closing, starts behaving extremely bizarrely. Here’s the video.

At first, Elisa enters the elevator and apparently presses all of its buttons. She then waits for something to happen but, for some reason, the elevator door doesn’t shut. She starts to look around, as if she is expecting (or hiding from) someone. At 1:57, her arms and hands start moving in a very strange matter (almost not human) as she appears to be talking to someone, something … or nothing at all. She then walks away. The elevator door then shuts and appears to start working again.

Right after the events of the video, Elisa apparently gained access to the rooftop of the hotel, climbed to its water tank and, somehow, ended up drowning in it. Her body was found two weeks after her death, after hotel guests complained about the water’s taste and color. Incredible.
Seeing the surveillance footage, most people would conclude that she was under the influence of drugs. However, Elisa did not have a history of drug use and her autopsy concluded that no drugs were involved. When one looks at the context and the circumstances of this death, things become even more mysterious.
Click to expand...

You can read more at the article but what makes this all even creepier is that Cecil Hotel has a pretty gruesome history, playing host to a serial killer, dual-suicides, deaths, and so on. Want more?

Shortly after the discovery of Elisa Lam’s body, a deadly outbreak of tuberculosis occurred in Skid Row, near Cecil Hotel. You probably won’t believe the name of the test kit used in these kinds of situations: LAM-ELISA. That is hardcore synchronicity.
Click to expand...

Also, as the article points out (and links to another video), it would've been mighty difficult for her to gain access to the water tanks even in a clear state of mind.

I wasn't really scared until the test kit thing, but that was creepy if it's true

I want to take a look at the video, but dang, it's already past midnight here and I don't think I want to see her hands moving in "non-human" manner. Was she known to have any sort of mental instability? Or was she perhaps the patient zero of the outbreak that occurred shortly afterward?

I don't know about the LAM-ELISA test, but ELISA itself is fact. It's an assay test to check if there's any antigen in some liquid. If it's true, that's some creepy coincidence.

this is p spooky tbh.

haven't watched the video though.

The elevator doors don't shut because she keeps walking in and out of the elevator and the sensors won't allow the doors to shut. It takes a while of her not standing there for them to finally close.

The only thing I find truly ultra unnerving about this is the name matches.

The Cecil Hotel is a budget one with 600 rooms, so it's got a lower financial barrier to entry and a larger carrying capacity. Going by statistics alone it's more likely to play host to murders, suicides, etc.

The movement of her arms, while certainly including atypical gestures, isn't anywhere near inhuman as some suggest. The moment where she looks like she bends her arm back just looks like it must be near-physically-impossible because of the angle we're viewing this from, which is an angle we rarely get to see people making gestures from.

If the elevator had a particularly long time between pressing the button and the doors closing, then that would explain why it takes so long to get going, because as steph said she'd keep resetting the timer.

Multiple other forums reckon she had schizophrenia, and one poster who claimed to have worked in fields helping such people said arm movements like those in the video are regularly demonstrated by schizophrenia sufferers.

Fascinating stuff, what constitutes the making of local myths and spook stories, and the facts that do and do not comprise them.

What I'm interested in is how the hell she got to the place of her demise. Any theories?

"At first, Elisa enters the elevator and apparently presses all of its buttons. She then waits for something to happen but, for some reason, the elevator door doesn’t shut. She starts to look around, as if she is expecting (or hiding from) someone. At 1:57, her arms and hands start moving in a very strange matter (almost not human) as she appears to be talking to someone, something … or nothing at all. She then walks away. The elevator door then shuts and appears to start working again."

Too spooky for me. I'm out.

God dammit. I'm home alone and I know I shouldn't have read that. I can't even bring myself to watch the video without daylight.
G

That just sent chills up my spine.....

Extremely creepy. Maybe, she wasn't right in the mind? Even people who appear normal aren't always right in the head. Idk. D: I'm afraid to watch it, but I'm a sucker for watching scary stuff and having nightmares afterwards. On second thought, it's night time now...should of watched it earlier while it was day time.

Solar said:
Fascinating stuff, what constitutes the making of local myths and spook stories, and the facts that do and do not comprise them.


What I'm interested in is how the hell she got to the place of her demise. Any theories?
Click to expand...

I really haven't gathered enough guts to watch the video, so I don't know whether or not there are surveillance footages that show her on the water tank area. But is it possible that she might have chanced upon some shady characters, was subdued, and murdered by being thrown into the
tank?

Watched that video while high