The KINGDOM HEARTS HD 2.8 ReMIX -Final Chapter Prologue- preorder bonuses for Japan have just been revealed through the official website!

Fans who preorder physical copies at participating retailers will be able to get 1 of 3 available mini acrylic stands featuring an illustration by Series Director Tetsuya Nomura! Those who preorder from Amazon Japan will receive an exclusive PS4 theme that features a sleek metallic background emblazoned with various emblems. Amazon will also have limited quantities of the mini acrylic stands. And those who preorder from the Playstation Store will receive an exclusive PS4 theme as well, which sports cute custom icons with a monogram pattern. This also indicates that KINGDOM HEARTS 2.8 is the first game in the series to be available digitally.

Preorders through the PS Store will open up in mid-November. those stands are so much better than the pin ;-;
(they're even in english :< )

also, seems to be confirmation of it being available digitally, so that's good news :3

Sign said:
Fans who preorder physical copies online or at participating retailers will be able to get 1 of 3 available mini acrylic stands featuring an illustration by Series Director Tetsuya Nomura!
Click to expand...

I am deeply upset.

For a split second I considered actually getting three copies but even then I wouldn't be guaranteed to get them all.

I also want both of those themes as well. Why they gotta do this to me?

Those stands are the cutest freaking thing like??? Wtf, okay, so yeah now I am jumping on the disappointed in the pin train. Though these could be available in some other way to us...maybe. Hopefully.

I'm envisioning these coming over as pre-order bonuses and me not getting the Aqua one. o_o

DO YOU KNOW HOW MY HEART WOULD BE CRUSHED?!

Damn, Japan is always getting all the good stuff, man. Hopefully there's a bigger collector's edition for 2.8 at some point in the future, so we can maybe have some cooler stuff like this included. Hoping we get a repeat of the 2.5 scenario where there's the free pin version and then the more expensive collector's edition.

Gosh, these looks so nice. I hope we might get them someday too.

I like how diverse Nomura can be with his art. Capable of doing really sharp and detailed works, and the other hand these more cute, simpler ones.

I wonder what song they'll choose to go along with that theme. Also its nice to hear that a digital version of the game will be available

why is this japan only, seriously i want to cry right now and i am not kidding. i want the theme. :C

Anybody know what that symbol is on the silver PS4 pic thats second from the right?

MadSpinosaurus75 said:
Anybody know what that symbol is on the silver PS4 pic thats second from the right?
Click to expand...

It's Guilt from the games Chi/Unchained!
W

That's King Mickey in his iconic Kingdom Key D pose from the end of KH1. That never happened in BBS.

I see you, Nomura

No Foreteller/Chirithy stand, I am disappoint.

That's King Mickey in his iconic Kingdom Key D pose from the end of KH1. That never happened in BBS.


ShardofTruth said:
No Foreteller/Chirithy stand, I am disappoint.
Click to expand...

I adore both DDD ones but I feel the same. There should have definitely been one to rep Back Cover.

Sorry, but I need all the stands. Please make them available in Europe. Thanks.
:c

EDIT: This actually makes me upset over the pin. We got this while Japan got that.
Thank youu 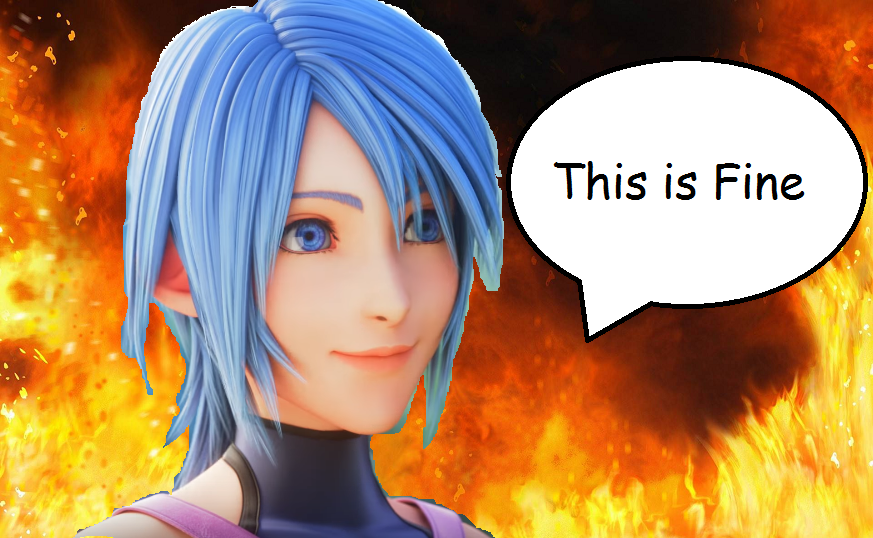 In regards to having just the pin, there's still a chance they'll add more. Japan started with just the keychain for the limited edition. Now there's preorder bonuses. Translation, "don't complain until we know for sure". But anyway, I like the stands. Really like the silver theme

I want all the things. Not getting the sweet black theme with a physical preorder would be semi-depressing though.

Seems pretty unanimous that this is a better preorder bonus than the pin.

Taochan said:
It's Guilt from the games Chi/Unchained!
Click to expand...

Ah, Thank you for clearing that up for me :biggrin:

They look awesome! I would think it'd be easy share the PS4 theme with everyone, but whatever. Here's to hoping on that. Anyway, I'd love to have some posters for those acrylic images. Hard to choose which artwork I like best. It's a tie between Aqua and Sora sleeping.