Location
Somewhere between Everywhere and Nowhere...

I actually get that a lot for some reason. (People say I write like a girl...)

Definately a dude, though. (And don't worry about the "him/her" thing. Doesn't bug me.)

Location
Why do you want that?

It kind of died, Sephy.
AJ hasn't posted a new chapter in forever.
And Ciph hasn't finished the drawings.
A

Ok guys. To let everyone know. I was working on my other fic. called The Traveler. ch.5 of that is now up. I am currently now writying ch.9 of 5this fic so be patient and a new chapter will eventually come up. ^_^ If you aren't patient then perhaps I won't put up the new chapter whenever I finish it.

Yeah I kinda figured as much, but whatever works for you AJ is fine by me.

yeah i know bout this aj. cant wait for the next one. and is cipher drwain our characters still?
A

I am not sure if he still is or not
S 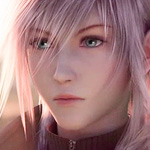 Ok, just letting you know I'm still alive. James, even though I dropped out of the RP, I'll still read the story. 'Kay?
A

It's ok Angel. The rp and the fan fic are two completely separate things. I thank you that you will still read it. Also I am about half way done ch.9
L

I would like to wish all my fellow fans of my fic a merry christmas. ^_^

Merry Christmas Back, AJ. Have a nice holiday!

Merry christsmas to you too guys.
A

Hi guys. here is a new chapter. Hope you enjoy.

Destiny Islands was a serene place. The sun was shining brightly with few clouds to obscure it's view. The ocean was calm and cold as the waves slowly hit the sandy shore. The crisp breezes blew gently through the trees. Fruit from the trees were ripe for the plucking and eating. This peaceful island was disrupted by the appearance of shiuix, Exandra and Catrixna.

The three arrived in flashes of darkness. They gazed around the area and noticed that they were alone. Exandra moved to an area filled with trees and bushes. She motioned with her hand for the others to join her. They quickly joined her.

"Why are we taking cover in these bushes?" asked Catrixna.

"To not be discovered." answered Exandra.

"So what do we do now?" inquired Catrixna.

"I say that we have some fun." said Shiruix. Exandra nodded agreeing with her. Shiruix smiled as a blast of darkness engulfed her body. When the smoke cleared, she was a totally different person. Exandra and Catrixna just stared at their fellow member.

She stood before them now as a teenage girl. She had shoulder length reddish brown hair. Her eyes were a lovely shade of blue. Her attire was interesting to say the least. All she was wearing was a pink bikini. A smirk came to Exandra's face.

"That's right Exandra. I am now Kairi." Not only did Shiruix look like Kairi, but she also sounded like her as well.

"Why did you transform into Kairi Shiruix?"

"The answer is simple Catrixna. I plan to have some fun with Sora."

"Ah. I see. I gotcha." responded Catrixna. Shiruix placed her hands on her hips and gave Catrixna an annoyed look.

"Hey! That's my line." She smiled and then giggled. "Well I am off to find Sora." Shiruix waved to her partners and then ran along the shore in search of the Keyblade Master. Catrixna focused her attention on Exandra.

"So what should we do Exandra?" Exandra sighed and looked away from Catrixna. Why did I have to be stuck with Catrixna? Jemxas should have given me a solo mission instead. She thought to herself.

"Is something wrong Exandra?" She just shook her head as her response. "Then why aren't you talking to me?" Exandra didn't answer. Instead she just walked away. Catrixna ran in front of Exandra to stop her. "Now listen her Exandra! Like it or not we are working together! So you better start communicating with me! Understand!?" A smile crept on Exandra's face.

"Impressive Catrixna. I understand. Let us go and locate Kairi and Riku." Exandra walked off and Catrixna followed beside her.

Meanwhile Sora was standing outside the entrance to their secret place. He was wearing his new clothes which consisted of black shoes with zippers going up each shoe, black shorts, red and blue shirt, black unzipped short sleeve jacket, and black finger gloves. He also wore a silver chain with a crown around his neck. His brown hair was spiked and his blue eyes gazed inside the cave. He was hesitant to enter since the last time he was inside, was when he lost his home. Sora took a deep breath. Ok Sora. You can do this. You defeated Ansem and stopped Organization XIII. Sora smiled and nodded his head as he entered the cave.

The inside of the cave was dank and dark. There were various chalk drawings which aligned the gray walls and rocks. A large door was at the back of the cave. There was no lock or knob on the brown door. Sora made his way toward the door. He stopped a few feet from it but his attention was not on the door. His eyes gazed upon a chalk drawing that he and Kairi drew when they were little kids. The drawings showed Kairi and Sora looking at each other. Each one was holding a star shaped object in their hand. The object was close to each other's face. A sweet smile formed on Sora's face.

"I just can't believe it. I didn't know what Kairi would do when she saw the drawing. I never imagined that she would add on to it." Sora just stared at the picture deep in thought. He then turned and ran out of the cave. Sora made his way across a wooden bridge to a tiny island which contained two trees. He looked up at the fruit growing in the tree. "I should have shared the papou fruit with Kairi when Riku offered it to me." He started to climb up the tree with ease. "This time I will share one with her." He carefully reached and grabbed a papou fruit. He then slid down the tree and landed on the ground.

On another part of the island, were two good friends. One was a teenage female. She had blue eyes and shoulder length reddish brown hair. She wore a pink miniskirt. Also she wore a white sleeveless top which had a strap on each shoulder. Over that she wore a long pink sleeveless outfit which had three zippers on the front. She completed her look with purple sneakers. Her friend was a boy and a year older. He wore grey sneakers, purple pants, black belt, black zip up sleeveless shirt, and a white unzipped sleeveless jacket. He also wore a white cast on his left wrist. He had light blue eyes and shoulder length light purple hair.

At the moment Kairi and Riku were sparring with wooden swords. Kairi was on the offensive and Riku was defending himself. After a few strikes, Kairi spun around knocked Riku's sword out of his hand. She then pointed her sword at Riku's neck and smiled. Riku smiled back at her.

"Thanks Riku. I am glad that you agreed to train me."

"I was glad to do it. I was just surprised that you asked me instead of Sora." Kairi had an embarrased look on her face. She was silent for a moment before speaking.

"Well there were a couple of reasons actually. The first one is that Sora is kinda lazy."

"Tell me about it. It brings back memories of when we were building the raft. I am glad to see that you have matured."

"And the other?" Kairi's cheeks started to turn red. "I thought so. I was hoping that it would be me." A grateful smile came to her face.

"That's sweet of you Riku. You will always be a great friend. I just get this feeling inside when I think of Sora." Out in the distance, two people could be seen making their way toward Kairi. At the moment they were too far away to be identified yet.

Sora turned and his eyes popped out of his head. Standing a short distance from him was Kairi wearing a pink bikini. She seductively walked toward him. A big smile on her face. Sora was speechless.

"Hi Sora. What do you think?" Sora could only say words that didn't make any sense at all. Kairi giggled seeing how he was reacting.

"Kairi. I was hoping that you and I...could possibly share...this." He showed her the papou fruit that he retrieved.

"Of course. I would love to." I wonder what that thing is. "But first, I have something important to tell you." She walked up to Sora making his cheeks flush. Kairi then whispered in his ear. "Sora. I...gotcha." Sora looked at her confused.

"I don't understand Kairi." She took a few steps back and transformed back into her true form. Shiruix giggled and waved at Sora.

Riku and Kairi were reminiscing about their encounters with Organization XIII. They slowly stood when Exandra and Catrixna came into their view. They were a little wary of them, since they wore organization coats. Catrixna and Exandra looked at each other. They nodded and smiled as they gazed upon their prey.
Last edited: Dec 29, 2007
S

Awesome chappie though XD Cant wait for the next :3