Just going to use that logo until there is an official one released. Also, posting this thread cause I saw no other thread for the upcoming movie, but here's something to discuss right off the bat. I have a feeling that in the future when I create a "Fact Vs. Fiction" article based on all of the Doctor Strange movie rumors I'll be putting everything from This Is Infamous into the fiction category. This website just doesn't know when to quit. While creditable sites are claiming Joaquin Phoenix ("The Master") is still Marvel's top choice for the role of Doctor Stephen Strange, This Is Infamous has already claimed in a short period of time that Jon Hamm ("Mad Men") and Jack Huston ("Boardwalk Empire") were close to taking the part. Today, they have changed their tune once again and claim Marvel has offered the role to Training Day star Ethan Hawke.

After working their hardest to try to convince Joaquin Phoenix that he’s the right fit for DOCTOR STRANGE, it appears Marvel Studios has moved on after coming to terms with the fact that that marriage isn’t going to happen, and according to my sources, they’ve already found their long-term rebound. Ethan Hawke is their new guy, having offered him the role on Friday. I hear Hawke accepted the job over the weekend, and things have quickly progressed into contract talks, with a six-picture deal being what Marvel is hoping to lock him into. - This Is Infamous
​
Click to expand...

I swear I heard Marvel announced a doctor strange movie all the way back in 2009, with Neil Gaiman writing the script.

I wouldn't be surprised since the MCU has been in place for almost 9 years and probably add 1.5-2 more years of the planning stages. Shit, I would go out on a limb and say ever since the godawful Hulk Movie was out, but uh yeah. As for Doctor Strange one being thought of back in 2009, I never really heard much about that haha.

Given that his name was thrown around in Cap 2 as a threat I'm thinking they'll open with a flashback to Doc's youth and then present day will be when he's fully matured and a threat to Hydra.

So, I have very little fucking clue who this guy is. Who could be the villain here?

I'm praying they don't do an origin story, or at least cover it in flashbacks. The Doctor Strange I love is the one that's had years of experience and has held the title of Sorcerer Supreme for decades. And on top of that, his origin isn't really that interesting. He was a rich asshole surgeon who got his hands messed up, and when science couldn't fix it he turned to magic. Then he met "The Ancient One" who trained him in the mystic arts, and taught him humility. The end.

Reagan Rayden said:
So, I have very little fucking clue who this guy is. Who could be the villain here?
Click to expand...

From what I've read, we'll be getting Dormamu controlling the Mindless Ones, and Baron Mordo being his pawn on Earth.

Spoiler Show
Baron Mordo - The only human who can hang with Strange, and basically his long time rival.

The Mindless Ones - Extra-dimensional creatures, each individually as strong as Hulk or the Thing. They also shoot Cyclops-esque lasers. If they were to invade the Earth, nothing could stop them.

As it should be. The dude knows how to command the stage.

Not familiar with the persona but is this the same guy from the Spiderman Animated Series from the 90's when he was helping Spidey going against Domonu?

Yeah, there was an arc with Strange fighting Mordo and Dormammu.

ow that Marvel Studios has officially locked Doctor Strange in for a release date in 2016, with director Scott Derrickson at the helm, we can start turning our attention more towards speculating about its plot. Previous reports have suggested that the movie won't be an origin story, but the film will still likely try and find a way to tell us the whys and hows of the lead character. If new hints from the director are any indication, it's possible that the movie may have found an interesting middle ground to work with.

Derrickson is a very active Twitter user, and earlier today he posted a caption-less image from a particular Doctor Strange comic that could be an interesting hint about what we can expect from the film's plot:

In addition to being a beautiful piece of Doctor Strange art that could very well end up influencing the film's aesthetic, this illustration's origins may provide a hint about the source material being used. The image comes from Doctor Strange: Into Shamballa, a graphic novel by J.M. DeMatteis and Dan Green that was first published in 1986. The story begins with Strange visiting the home of the Ancient One twenty years after the sorcerer taught him in the ways of magic. Discovering an artifact that has been left as a gift for him, he brings it back home for study - and winds up opening communication with beings of a higher reality known as the Lords of Shamballa. An opportunity is introduced that would allow humanity to reach another level and enter a golden age, but, of course, an enormous sacrifice would have to be made in order for it to happen.

In addition to being considered by fans to be one of the best Doctor Strange stories we've seen, this material could actually be the perfect gateway for audiences into the character's mystical story. As revealed in Captain America: The Winter Soldier, the Sorcerer Supreme is already an individual of great power within the larger Marvel Cinematic Universe (presumably discounting the need for a modern day-set origin story), but the plot of Into Shamballa could provide a way for Scott Derrickson and the folks at Marvel Studios to have their cake and eat it too. Because the story begins with Strange returning to the home of the Ancient One, that's a perfectly easy way for the movie to quickly address exactly how Doctor Strange became Doctor Strange without letting that narrative take over the entire story. From there, you springboard into a story that can really only be told in with Doctor Strange as the lead, and the audience is introduced to a whole new side of the Marvel Cinematic Universe.
Click to expand...

quiteMAD said:
Yeah, there was an arc with Strange fighting Mordo and Dormammu.
Click to expand... 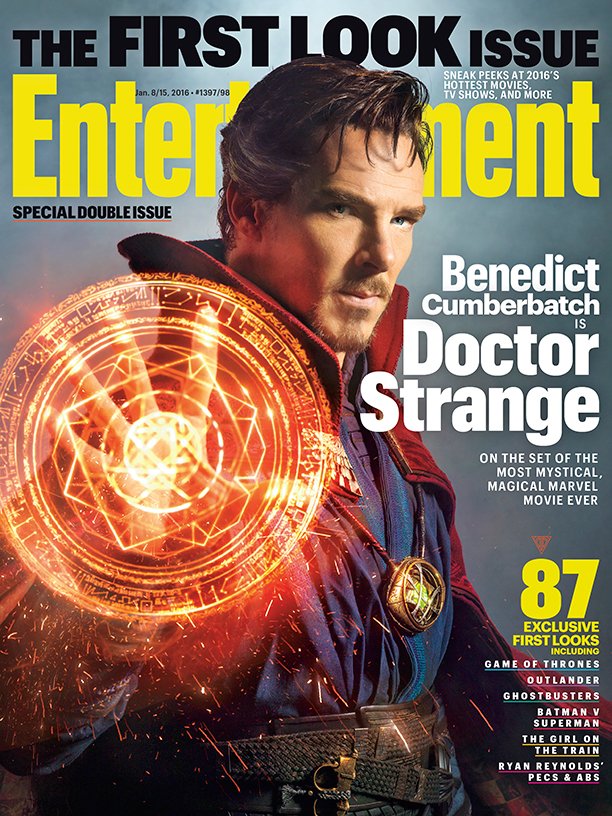 Dr Strange: My goatee is the best goatee in the MCU
Tony Stark: ...