Interesting things in the manga and novels 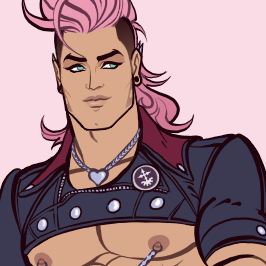 kingdom hearts, the manga part, could really turn on an anime, i would love to see that

There's also the Strange Story of the Replica...

And this isn't so much funny as it is heartwarming. I never knew Demyx was so supportive of Roxas' friendship with Axel and Xion- even to the point that he'll work hard! The animals... are watching intently... and so are we. Yeah I don't even know about that second one.
Click to expand...

THIS BROUGHT ME TO TEARS.

Queen of HeartsxLuxord. Who would have thought?

Aaaand the part where the other members beat each other up during their battle with Riku. Also, almost every moment with Demyx especially if Saix is with him.

It was all because of Axel!

This one isn't so humorous as it is touching. 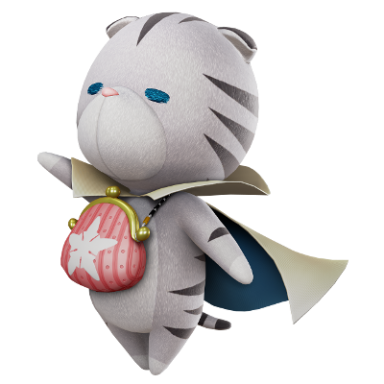 This page is creepy considering Xion is naked and Xemnas is grinning okay a madman.

We see the purpose of the devices.

It's interesting to note Xion refers to her boss form as her true form.

Also the last line is Earily simmilar to Ventus's request to Aqua and Terra in the key blade graveyard.

I found this last exchange much better then the game version.

~Living in a dream~ The Handsome to boot always kills me... xD I just want to reiterate how cute Amano makes Donald and Goofy.

Amano is really good at drawing Disney characters ;A; He always makes them so cute. For a guy who says emotions are fake, he sure does get really angry and jealous. All of Days he's jealous over Roxas and Xion, angry at Axel for spending time with them, and pining after his true heart. Of course he did have a budding heart/possibly a piece of Xehanort's heart so it wasn't like these emotions were ever false. If he was in on everything with Xemnas, he would have known that emotions were real. The way he acts in his little jealous fit at the end of Days seems to imply the opposite.

I kind of wish we knew what kind of influence Xehanort's heart has on people like how much he can manipulate them, if he is aware of their thoughts, if they are aware of Xehanort...Saix especially since he was scheming with Axel.

I think Xigbar is the only one of the Organization that was aware of Xemnas/Xehanort's plans. Otherwise, like you said, there would be no reason for Saix to say their emotions are fake. And why would he ask the (fake) Kingdom Hearts where his heart was, if he had been aware of the budding heart inside of him? Poor Saix. :C

This page is creepy considering Xion is naked and Xemnas is grinning okay a madman.

We see the purpose of the devices.

It's interesting to note Xion refers to her boss form as her true form.

Also the last line is Earily simmilar to Ventus's request to Aqua and Terra in the key blade graveyard.

I found this last exchange much better then the game version.

IntI somehow interpreted it as the final form controlling her muscles and making her say things, but........yeah, im tired.


ffx_fanatic1405 said:
The Handsome to boot always kills me... xD
Click to expand... I have a soft spot for scenes like this... I found one that I consider to almost be more depressing.
(Please delete this post immediately if the lack of permission is offensive, lycorismoon29) Heh, the manga have a lot more comedy in them than I thought. Never thought to read any of them but these pages are hilarious.

When I had first read this, I thought Xaldin was in Bambi's world. That is clearly Friend Owl! :]

I love how Amano adds more Disney characters that didn't originally appear in the games or provides more backstory for the characters. There's a scene in the Days manga where Belle questions Roxas's Keyblade, "There was a boy that once saved the worlds from disappearing." "Did he let you borrow that?" and I like how Belle creates that connection.

I was showing Chaser a ton of manga pages for no other reason than boredom and I realized how much more enjoyable the manga is because Amano took liberties to change the story and events to fit his needs. It added a lot of personality that sometimes feels like its missing from the games, and you can tell Amano took the time to figure out how to weave the plots together.

For example in the Land of Dragons in the Kingdom Hearts II manga, Riku doesn't taunt Sora on the hill at the top of the mountain. He gives Shang a paopu to give to Sora when he arrived in the capitol, which leaves Sora to go running off to find Riku while Shan-Yu and that huge flying dragon-y Heartless are attacking the capitol. Then Sora comes back pissed after he misses Riku, taking down the huge Heartless in one go and beats Shan-Yu up.

I also liked that in the Land of Dragons, they arrived at the village after it was destroyed and there is one panel where Sora, Donald, and Goofy look really solemn and sad.

The manga is just so refreshing because we all know Sora gets frustrated and pissed and truly introspective and he's pretty strong and very astute, but this was extremely downplayed in KH2 and idk. I really enjoy that the manga shows this stuff that wasn't portrayed well in the game.

This is also one thing that really was not effectively shown in the game. We KNEW Auron had failed at protecting Lord Braska and Jecht and his entire arc in FFX is about how he felt responsible for leading his friend to death and the other to becoming the monster that has threatened the world endlessly for over 2000 years, and that is why those voices are played when Sora tries to grab Auron's play piece from Hades planning table (Of course it is not the exact history in KH2, but it is obvious that similar events happened in wherever KH!Auron is from.) What was failed to be conveyed was that Auron was supposed to juxtapose Sora's own journey in finding Riku. Auron represents the failure of protecting friends, and I feel like something like that should have been played with more in KH2 since Sora began feeling as if he was never going to be able to protect Kairi or find Riku midway in the game.