Kingdom Hearts Dark Road has officially launched. Tetsuya Nomura has written a rather amusing message to commemorate the launch of this game. Thanks to Goldpanner, you can read his message below.

And maybe you're thinking that's a bit of a reach, but… okay, maybe it's a bit of a reach. However, I had the concept in my head for many years. It got shelved because it never really fitted what our team wanted. But around then, I heard from the Union X team that they'd like to do a parallel title with a new protagonist. And, since it seemed there was an unexpected number of Xehanort fans out there, it all came together like it was destined to be. I do tend to believe in destiny.

On one hand, the in-progress KINGDOM HEARTS Union X has been running as the X Series for 7 years, including the browser version. You can think of the link between the X Series games as the way they all depict an ancient time without Sora - including this game. I have seen a few people say: Dark Seeker Saga or not, wasn't KINGDOM HEARTS supposed to end with the KHIII? To that I say, that has never been said by any official sources, so I hope you please check your information again.

Now, young Xehanorts have already appeared in the KH series before. Dark Road depicts his boyhood: the protagonist of Dark Road is the Xehanort who we see playing a board game in KH3. Starting from episode one, there was quite a stack of pages - the staff turned green when they saw it. I wasn't surprised: it was only the other day that the team who make the Ux cutscenes in Flash finally increased to two people. We needed extra hands on deck now that the Ux project has become a double feature. This is sudden, but we are taking applications from job seekers who are proficient in Flash. This went a bit off the rails. What kinds of people does he come into contact with? What does he think? Where is he headed? ...Well, he's headed for darkness. But I hope you all will come and walk with him and see what path he takes to get there.

I have so many other things to talk about—the mysterious "DP" from the early concept stage of Dark Road, stories about what went on behind the scenes with the title decision—but I am pretty busy today. I am writing this on my smartphone while on the way somewhere else, and my battery is running out, so I'll save it for another time.

Well then, I hope you all enjoy KINGDOM HEARTS Dark Road.

Huge thanks to goldpanner for her hard work in translating! If you'd like to say thanks, please consider buying her a coffee!

At least he is reading some of the concers people have.

This letter makes me even more optimistic about Dark Road. It sounds like this is a story Nomura really wanted to tell and I am glad he can, even through a mobile game.
H

So the X series is everything that happened before Sora.
It makes sense, as Bbs literally starts with the birth of Sora...

Nice message from Nomura, I somehow have more hope for Dark Road now.

Dark Road definitely interests me more than Melody of Memories does.

I enjoyed Nomura addressing so many things. Looking forward to the future of Kingdom Hearts!

Those first two paragraphs though.

Nomura: "It's not part of the Dark Seeker Saga because it's not about battling Xehanort but Xehanort battling!

Now you're probably thinking that's really reaching it, and maybe I am. Okay, I am. I've wanted to do this for years, but the team wouldn't let me out of the basement. It's dark in here and I'm hungry. Please send food. I wonder how my cats are doing. I miss them. ;~;

Uh, anyway, when I heard from the UX team they wanted another story alongside UX, I saw my chance! Also people like Xehanort for some reason."
Last edited: Jun 23, 2020

Daxin said:
At least he is reading some of the concers people have.
Click to expand...

I take back every complaint I made about the lack of story updates, please give those poor two people a raise ;-;

He wrote all of that from his phone? Good thing he finished before his battery died.


https://twitter.com/i/web/status/1275111307008716802
But now I'm just judging them like, if y'all really did lay off almost the entire cutscene team, how can you just turn around and say you're looking to hire? I know Activision does that kind of shit but a smaller company making mobile games? Doesn't seem right.

The official English version says the team was reduced and not increased. I wonder which one it is. At least they are hiring either way

Ryuman said:
The official English version says the team was reduced and not increased. I wonder which one it is.
Click to expand...

If it was reduced, I'm judging them hard for having the gall to say they're looking to hire new staff.

Sign said:
If it was reduced, I'm judging them hard for having the gall to say they're looking to hire new staff.
Click to expand...

I wonder if it was a case of "Union X is ending soon, let's reduce the staff." "Okay so how about a double feature element? ...Oh wait."

Ryuman said:
I wonder if it was a case of "Union X is ending soon, let's reduce the staff." "Okay so how about a double feature element? ...Oh wait."
Click to expand...

Rather than let go of the entire team, I'd imagine it makes more sense to redistribute them to other projects? UX/DR is outsourced to Bitgroove Inc.; surely they must have other mobile games in development. Even with the pandemic in consideration, it doesn't make sense to me.

And UX isn't ending so soon that they'd just get rid of the entire team. After all, the trailer didn't even have a termination date. This final chapter is going to be stretched out over many months.

No, you see, the Dark Seeker Saga was fighting "against" Xehanort, not "as" him, so it doesn't count.
Click to expand...

Nomura while typing that message.

I also take back the slow update complaints, or rather shift them to corporate for spending all that FFXIV money on cheetos instead of making KHX a full game. 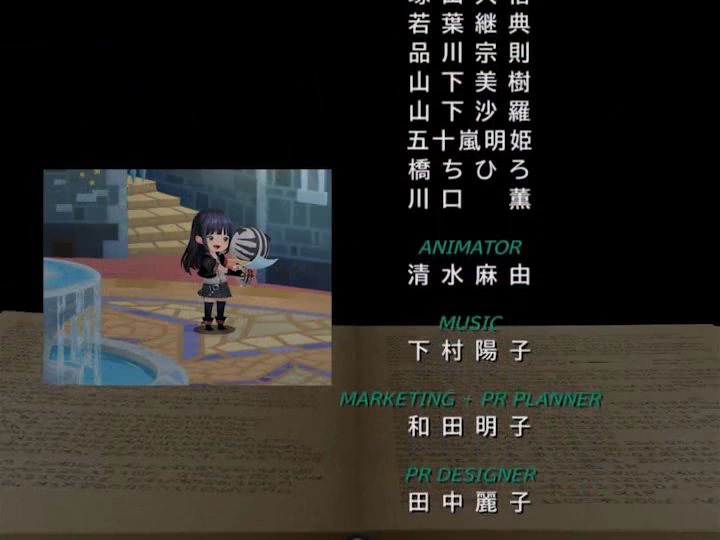