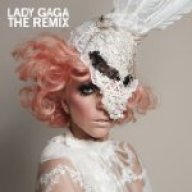 Something About, Baby, You and I... · 30 · From Looking for Someone to Watch Over Me