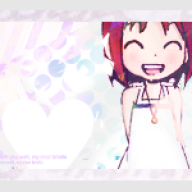 Proud Demyx/Kairi Shipper · From At the ball