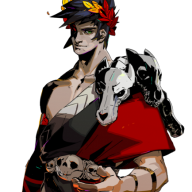 Active member · From Between a rock and a hard place