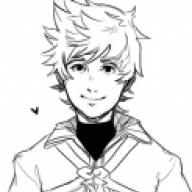 eien no chikai · From Finland