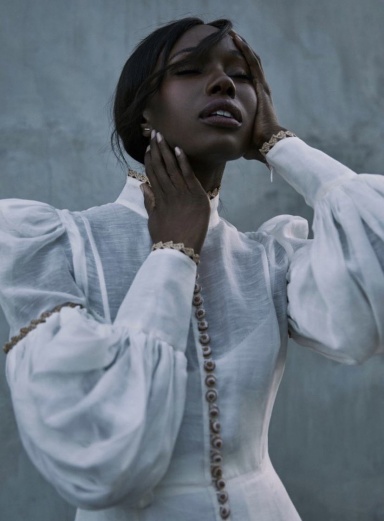 
Although, we don't know who the character is exactly. I'm just positive it's Terra.​

Omg, no. Maybe Selena Gomez and only her alone. I'd hate for Miley Cyrus to voice anything in the game.

Although, we don't know who the character is exactly. I'm just positive it's Terra.
Click to expand...


Wow, I totally skipped over that when I was checking the thread. Jeez, I really need to start paying more attention to the posts...


Anyway, thanks for telling me!
​

unknownchaser said:
Wow, I totally skipped over that when I was checking the thread. Jeez, I really need to start paying more attention to the posts...​


No problem!
Sometimes that happens to me when there's an update. It's a common mistake. :3

Stoner was just fine as Xion. McCartney, he's not so much a Disney singer anymore, but he's done fine as Roxas. Jhette Martin was... acceptable for Namine.

If Miley Cyrus voices somebody, I will kill myself. Unless Cyrus voiced a generic fodder-girl who was turned into a Heartless...

Besides Vanessa Hudgens as Aqua. I'd buy the game in a heartbeat.

I'M BACK! I hope everyone had a great Christmas! WOW I really do hope that Terra's VA will be Crispin Freeman since looking into the thread. I want to point out that if Morgan Freeman is going to be VA of MX, then I think there would be jokes if Crispin was Terra. As in Terra is MX's father and so forth.

I would love to hear Stephen Fry's voice in KH, he has such a beautiful voice!
But I don't know which character he could do...

But as someone said earlier in this thread, Jennifer Morrisson as Aqua, that could actually work!
B

Can we conclude that Richard Epcar will be voicing MX?
Yes? No? Maybe? PLEASSSEEE?

Stephen Fry being in it would be wonderful, but have we ever even had a British voice for KH? And isn't he, like, too famous to give a shit?

Morgan Freeman isn't related to Crispin Freeman. And Crispin is pretty much confirmed to be in BBS. I was the one who found out. *Is still shocked that the messages were available to public view*

Blade5468 said:
Stephen Fry being in it would be wonderful, but have we ever even had a British voice for KH? And isn't he, like, too famous to give a shit?
Click to expand...

Christopher Lee's British, and doesn't hide it at all, I think, and for your second question, isn't Christopher Lee too famous to give a shit?
But yeah, it would still be unlikely =D
But there's still a bit of hope, as he has voiced characters in other games, like Reaver in Fable II, the narrator in LittleBigPlanet and again the narrator of the first four Harry Potter Games...

But I guess I'm just dreaming now.
KH already has an all-star cast, who do wonderful work, belonging to the best voice work there has been in games, so actually, it doesn't need 'another famous voice'.

I think Master Xehanort might do fine with an english accent. English-experienced-old-man is an all-times classic...

someonelse from HSM?
for Aqua i would like to see Jennifer Love-Hewwit, she was the voice of Madeleine in The Hunchback of Notre Dame 2, and it was a good role.
for Master Eraqus i would like Rip Torn, Zeus voice actor in Disney's Hercules

WOW so many posts since I last saw this thread! Christopher Lee would be AWESOME if he could some how voice MX. I mean I think he could do the whole old evil person voice, and I think a somewhat English accent would be great. I have to save so-so choice for Jennifer Love-Hewwit, I mean she is a great VA in that movie but I can't picture her voice in Aqua sorry.

Well that is it for now keep on posting!

For Terra I'm okay with either Cripsin Freeman or Doug Erholtz.


I don't like the idea of having people from HSM voicing KH characters... v.v

If High School Musical got in KH in any sort of way, I'd disown whatever game they appeared in. Simple and Clean is my method of practice, concerning that. ;D

Um, I'm going to explan this only once. HSM in KH can't happen since there's no way the creators will give them the characters. Just because the Alantica thing happened, doean't mean they'll do it again. And one other thing, most of the people you say and bash on are on their projects/shows, so they can't just voice for KH mid everything. And if someone calls me a Miley/HSM/etc Fanboy/brat, I'll say somethhing I wasn't going to say until BBS and Coded are release. Turst me, you don't want to see it. Oh and for Aqua's VA, Saya's, Paine's, or another Anime Female VA.

Jesse McCartney is enough for disney singer VA's.....it would kill Aqua if Selena Gomez voiced her.....she is just too young, Alison Stoner couldn't really pull of Xion....but she did alright for being the quite girl...lol.....and i dont want any jonas brother Voicing over Terra.....he would lose his cool awesome darkness look......I dont think I could take seeing two important character's having those VA's...that would just like ruin the characters for me.

And ik everyone has their own opinions...and that is mine.