Much love to Superbia for helping me flesh out my ideas. Hearing his feedback really helped me make this RP interesting. Oh, and kudos to him for helping me create such an awesome disaster.

An Ode to Chaos.
(A Post-Apocalyptic RP)

2012. A year where all humans would finally face the consequences of the population’s assault on the Earth. A year that many believed would bring about the end of the world as we know it.

But that couldn’t happen right? It wouldn’t.

The people who believed it would were obviously nothing more than religious and paranoid freaks. At least that’s what a lot of us thought about those who believed in the world’s demise. We believed that time would eventually pass by and the world would remain un-phased as it normally had. But we were wrong...the world did end, or at least you can say that that’s what happened. The true end just didn’t occur until 2027. Fifteen years after the horrific speculated events that had been foreseen by the Mayans, spoken about by Nostradamus and for centuries on end had been viewed in premonitions and the likeness of terrifying visions by prophets.

Its odd how something in space so far away can affect so much, but problematic situations with one of Jupiter’s larger moons sent a portion of the asteroid belt on a catastrophic path toward earth that came to be known as the Hail of the Titans. From the year 2012 onward, this storm of asteroids edged toward, paving a path of destruction towards Earth. The government hid this, however, hoping that something would change the trajectory and save the Earth but they waited far too long. By the year 2026 there was no longer hope that the crisis could be averted, but the majority of the Earth’s populous knew nothing of this and so they lived in a blissful ignorance, enjoying their lives...

Then came the day of May 14th, 2027...it was exactly 2:08 PM in Lyubertsy, Russia when the first of the Titans struck, in the blink of an eye, obliterating cities all around this area of impact and ultimately taking out most of Moscow. People didn’t even have time to scream as their lives simply ended, pounded into nothing more than dust.

The next day at 12:00 PM another asteroid collided into the Great Pyramid of Giza, wiping out it and all those who stood in awe as the sky darkened. In a single second this became the worst catastrophe to ever befall Egypt, or the world as everyone would soon find out. Thus over the next few months the continents were ravaged by this fall of asteroids and nearly all was lost, families, cities, and even entire countries were taken out.


With the worst having been passed those whom remained alive tried to pick up the pieces and get help from America. Soon December 12th rolled around and by error a remaining field of asteroids had been missed completely and ended up smashing into Washington D.C. and many other major American cities. The U.S. was largely destroyed, almost nothing remained.


As a result of the disaster, about 90%, of America’s population was wiped out, major cities were reduced to rubble, and almost all of the countries primary food sources were obliterated. Eventually the remaining people were forced to band together and hunt for food, water, and shelter.

Small groups of people moved from town to town and city to city in hopes of finding any food or useful supplies that might have been left over after the destruction. They would search old stores, abandoned buildings…they’d even rummage through the trash in the hopes of finding a scrap of food. These groups called themselves Foragers.

Unfortunately, this way of life didn’t suit everyone. People became outraged at their situation. They believed it was only a matter of time until they all died from starvation. Something needed to change.

So after many months and countless unsuccessful attempts at maintaining a constant food supply some people felt that they were only left with one choice, the most primal of options…cannibalism. These new group called themselves Rovers.


It’s 2028, a year after the Titans set down on Earth. The country has become a wasteland and the Rovers and Foragers are still competing for land, shelter, and food. This is where our story begins…
​

Name: I like the movie’s concept of no one knowing each others real names so you’ll have to choose a new, unique Pseudonym! Here are two examples, one from each group…

Recent History: A small paragraph or so describing how your character was found and/or why they chose to join the group they’re in.

Skill: Name a skill that is essential in maintaining your character’s survival. Something that they’re good at. Navigation, Hunting, etc…

1.) I have only one MAJOR rule and it involves Literacy. Please make sure that whatever you write can be understood by those reading it. We don’t want to have to sit and figure out your post word by word.

2.) Be active. Now I’m not saying that you need to post everyday because I understand that you all (or at least most of you) have lives outside of this site and can’t be on all of the time to post. I just ask that you remain active enough to keep up with what’s going on in the RP.

3.) No Power-Playing. The only person that should be controlling a specific character is whoever made said character, unless you have permission from that person to do otherwise.

4.) I don’t care about language or romance. Do and say whatever you want…just keep it within the rules of KHI.

I love plots like this. I'll have a temp up soon! 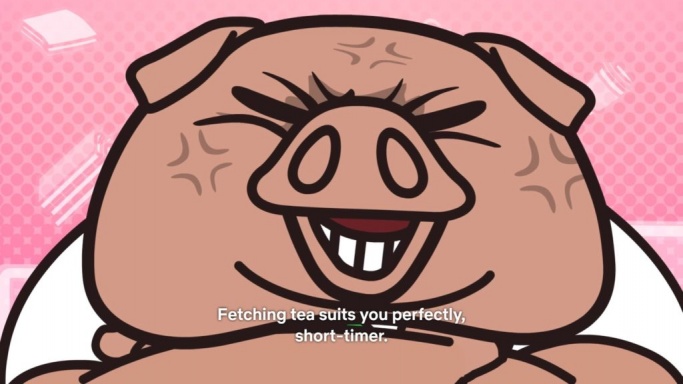 Recent History
2027: Jem was in a cafe in Munich, halfway through a year abroad in Germany, when news of the first meteor strike was broadcast. Trying to think quickly and stay calm, she all but emptied her bank account, found her flatmate Aiden, and together they were among the first to make it onto a USA-bound flight. Their plane was over the Irish coast at 12 pm when a straggler from the asteroid that hit Giza took out the plane's left wing. Jem awoke hours later - cut, bruised, soaked, confused, and alone.

Aftermath:
Constantly trying to find Aiden, Jem has yet to stay with a single group of survivors for very long. Her search has been futile so far, and survival grows harder every day. She was sure in the first few months that she was above the ways of a Rover, but now she is not so sure.

Glad to see that people are taking an interest in this. Hopefully we can get some more people to join!

I like this idea, and I'm going to try to revive it. Let's see if I can recreate myelf.

Name: Wolf
Age: 15
Gender: Male
Group: Forager
Recent History: Wolf was always a loner. He had friends, but not close friends. On the day of the tragedy, his family was in Washington, D.C. He had opted to stay home. Now he's alone. At first, Wolf stayed with his friends and family, but one by one the members of the group died off. He is the last one alive who knows his real name. He changed it to Wolf for many reasons, it's short for Wolfgang, his grandfather's name, he's a loner, etc. etc. He has found it difficult to stay with the same group of people for very long, and thinks others slow him down. Resigned to his fate, he is making his way westward to see the Golden Gate Bridge before he dies.
Skill: Very intelligent and resourceful, skilled in combat.
You must log in or register to reply here.
Share:
Facebook Twitter Reddit Pinterest Tumblr WhatsApp Email Link
Top