Why did they choose the Faction-Animals they did?

So i was wondering,why those 5?

if we take a look at the Rebirth-Theory.i guess the Bear is quite obvious,but what about the others?

i am not very versed in animal based symbolism,and there might be other traits associated with em(especially in japan)
but are the Snake and Fox not usually Traitors/egoists? i just can´t wrap my head around it... 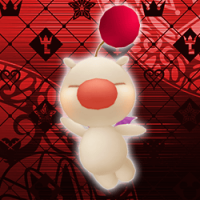 Foxes and snakes are traditionally depicted as the "bad guys", yes, but they do have their shining moments. Foxes are noted for their intelligence, and snakes could also symbolise renewal (Ouroboros) and healing (the snake scaling Asclepius' staff, the international symbol of medicine). I'm not sure it's all that fair to put one group in a bad light and the other, a completely good one; bears and leopards, being at the top of the food chain, are also known for their savagery, destruction, and brutality.

What interests me more about these animals, actually, is that one of them is a mythical animal while the other four, real-life ones. They could have gone with other real-life animals in place of the unicorn... I can't help but wonder if Unicornis will receive a special treatment, for better or for worse.

Of course i didnt want to put the Bear and Leopard in a better light:Its just that their Depiction is usually Strength:something that can be used for both good and evil,(think a Mother Bear protecting her young)while Fox and Snake almost never get to show their good sides:the only one for each i can think off the top of my Head is Caduceus(the Snake-Staff)which makes Cameos in many Games and for the Fox,its Persona 4(hmm good foxes....think think think)...nope cant think of any mythos that includes a better than neutral Fox(but im sure Japanese folklore does)

You should read into more folklore & mythology about animals, I think.

Snakes represent rebirth, healing, & protection. (Forgive me, I have't studied this specific part of art history in two years so I'm a bit rusty) If you were to check out certain Buddhist sculptures in Cambodia during the Angkorean period (like at the Angkor Wat or Angkor Thom), you'll see a common imagery of Buddha in meditation while guarded by a serpent. This is Mucalinda, the King of Serpents, a being who protected Buddha from a storm while he was in deep meditation while seeking enlightenment. He is considered a connection of humans to nature.

In Hinduism, snakes can be both forces of good and evil, but they are generally only evil to those who mistreat the environment. They are commonly associated with water and guardians to the rivers, lakes, seas, oceans, streams, wells, etc.

In Greek mythology, Asclepius was the god of medicine. He wielded a staff with a snake wrapped around it, and many scholars believe it represented how a dangerous creature could become one of healing. This is similar to a few Biblical quotes about Moses and his staff which is shaped like a snake.


Numbers 21:5-9 said:
5 they spoke against God and against Moses, and said, “Why have you brought us up out of Egypt to die in the wilderness? There is no bread! There is no water! And we detest this miserable food!”

6 Then the Lord sent venomous snakes among them; they bit the people and many Israelites died. 7 The people came to Moses and said, “We sinned when we spoke against the Lord and against you. Pray that the Lord will take the snakes away from us.” So Moses prayed for the people.

Also, outside of the realm of myth, the poison from snakes can be used to create medicines.

ok i did not know about the Buddha one,thats helpful.

the bible and medicine ones i would put on neutral since they are both bad and good in those.
Yet the "Snake is bad"seems to be more prevalent,but whatever.

the real question remains,though:why those 5?

if the snake is supposedly used for protection(Aqua)why not choose an animal that is used for Protective Natures more often?like i dunno the Eagle?symboling (amongst other stuff)divinity and protection from evil.

vincentr0th said:
ok i did not know about the Buddha one,thats helpful.

the bible and medicine ones i would put on neutral since they are both bad and good in those.
Yet the "Snake is bad"seems to be more prevalent,but whatever.

the real question remains,though:why those 5?

if the snake is supposedly used for protection(Aqua)why not choose an animal that is used for Protective Natures more often?like i dunno the Eagle?symboling (amongst other stuff)divinity and protection from evil.
Click to expand...

I personally think they were chosen for the very fact they these animals do have dualistic representations. Keep in mind that chi is based around the Keyblade War. The Foretellers are the reason their followers/chosen are even fighting to gather Lux. They think they are having them fight for righteous intentions; to protect the Light and avoid the future foretold within their tomes in the Foreteller's Script, but we know how the legend goes.

They fight over the light and the x-blade and all it does cause tensions to rise and the war becomes destructive to the point that the x-blade shatters and Kingdom Hearts vanishes into the Realm of Darkness.

Those who have the intent to protect will become those who cause destruction.