Which character do you hate in CoM?

Location
Actually...that's a good question. I guess I go fr

That wold have to be Aries or Arith or whatever her name is now. Why cant she just leave Cloud alone? She has Zack after all.
J

Location
Actually...that's a good question. I guess I go fr

Why dont people like Axel? And I felt kind of sad for Replica Riku. It wasen't his fault he was like that.
T

Axel is the coolest by far....i adore axel Jin Satoru !

CoM was a great game and all but the character Design made me Laugh! Marluxia and Vexen....ATTACK OF THE GIRLY MEN!!!!!!! run away or the pink haired man will kill u with his PINK flowers and That other guy over there Vexen..sounds like a girls name and he looks like a chick. Untill KH2 came out i was stuck to wheater Vexen was a really ugly girl or a really ugly man i really was!
but anyways if the rest of u guys like them thats cool...its just with the Re:CoM and when Marluxia took his hood of and pretty flowers came off them...i laughed so hard. man was that man girly! hehehehehehehhee
A

Axel is a cowardly backstabbing scum who is weak. I don't underastand why people like him
T

two words for u

I say ouch and ice will always be more awsome then fire. Got it memorized?
T

it would have been ironic if u said "ice will always be cooler then fire..." coz ice is cold and....yeh u get it. lol i'm an idio... lol like when sora walks into Castle Oblivon and goes "looks like Nobody's home..." Its ironic because Nobodies live there! lol..yeh ill shutup now

I hate Marluxia and Vexen...
D

Location
Florida! I like to see it as Destiny Islands thoug

Vexen.
omg I hate him so much. He is insane and should be put in a psyche ward with Michael Jackson.
T

lol reckon. have u seen his face in the offical artwork for KH FM+. creepy much?

ansemjafar said:
Axel is a cowardly backstabbing scum who is weak. I don't underastand why people like him
Click to expand...

lol, I agree with you. I hate Axel.
I like the rest of the Org, just not him.
A 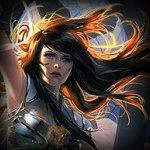 I hate larxene... she was so damn annoying in CoM!!! 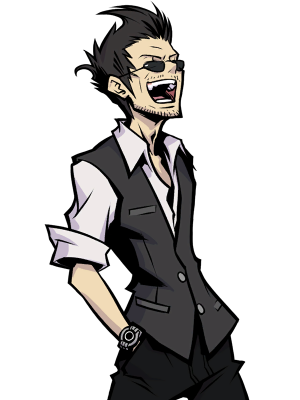 vexen is creepy... and i really hate larxene
S

Location
Anywhere in The World That Never Was

Peter Pan all he does is his hummingbird thing and its annoying!!! i never use him anymore lol

SilverFinalForm said:
Peter Pan all he does is his hummingbird thing and its annoying!!! i never use him anymore lol
Click to expand...

Ya hate him so much and his dumb tights are gross!_O:
T

Vexen and Larxene get on my nerves