What is your favorite thing about Kingdom Hearts?

Mine is lots of things. but mainly the crossover between Disney & Square Enix, and the original characters. 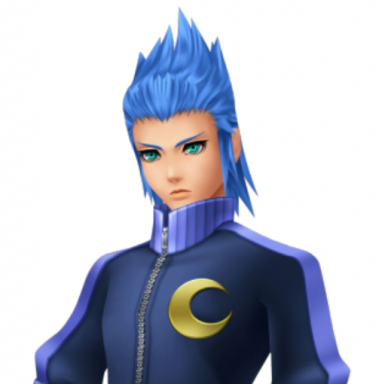 The relationships between the characters. I enjoy the themes of childhood innocence and the struggles of growing up and losing that innocence.

In order, my top 3 things are seeing Disney / WDAS films translated into 3D worlds to be explored, Riku, and the music.

Well, actually, if I'm being honest, I would say the combination of Disney characters with the ultra-serious original story (Heartless, world destruction, Keyholes, etc.) and the FF characters was my favorite part of the first game--and that includes how much more serious Donald and Goofy were then, too--but that's been mostly absent since. Still, there was more of it in KH3 than most of the games between 3 and 1 (referring to Young Xehanort in the Toy Story world, Donald's Zettaflare moment, Yensid actually doing something to help at the Keyblade Graveyard, Larxene's labyrinth in Arendelle, etc.) and then there's the Fairy Godmother helping find the way to Quadratum in MoM.

To be fair to KH2, the Radiant Garden and Beast's Castle worlds at least were very good at intertwining the Disney characters with that ultra-serious aspect--Mickey's the only other Disney character operating that way anywhere else (in TT, TWTNW). I prefer when the adventures in the Disney worlds have gravity, tension, danger, etc. over them being largely comic and lighthearted.

It's so hard to pin just one thing down.

I think the use of Disney worlds as a backdrop for fighting monsters and exploring is just genius-- As of the past few years, I haven't really felt like a 'Disney guy', I haven't felt tons of enthusiasm for their movies, old or new, perhaps just burnt out on the saccharine-ness of it all, but as video game levels? It's ingenious. Nomura and crew could NEVER imagine such varied landscapes and aesthetics on their own. No video game besides maybe Mario Odyssey could pull together so many disparate styles for video game levels, and that really is the genius of KH. It has some of the most memorable levels and settings of all time regardless of your level of engagement with the films they're based on.

But.. besides that, and the friendship of SDG and the wacky storyline, I think I can deduce what matters most to me by looking at my playtime across certain games of the series compared to others. I love a good, fair challenge. Something that rewards thoughtful and imaginative gameplay. The story, the setting, the graphics, none of it will keep me coming back to a specific title. The game needs to be smartly designed and provide excellent challenges. That's why KH1, KH2, and KH3 are what I consider the 'real games', and everything else is filler to me. Not storywise, but the gameplay. The main titles have my favorite type of gameplay progression, a mostly breezy but occasionally challenging adventure (on Critical) and then mind-breakingly hard postgame challenges that follow a fair set of rules and test your knowledge and reflexes, not your stats.

So it's definitely the challenge that keeps my crotchety ass coming back.

honestly, the character interactions and intertwining arcs are the most wonderful thing. the story has its... quirks, but the non-disney cast hasn't failed me yet. a very special shoutout to the seasalt trio for making me want to rip my heart out to avoid feeling things, because god

also backing elysium about the music, bangers all the way
S

It changed for me lol. At first, it was the crossovers and the friendship. Now it's the higher concept and the gameplay.

The mix of Disney silliness with the story that takes itself seriously. It simply isn't KH if a character doesn't tell Sora he needs to pay and Goofy asks him if he owes something to that guy.

The characters. I live for the cheesy friendships of this series. If not for them I wouldn't pay attention to this story. The gameplay and music would be second. Kingdom Hearts really knows how to make worlds that are fun to explore. Especially in KH1. The level design of KH1 remains my favorite due to how interactive the world is and rewards returns when you gain new abilities.
You must log in or register to reply here.
Share:
Facebook Twitter Reddit Pinterest Tumblr WhatsApp Email Share Link
Top