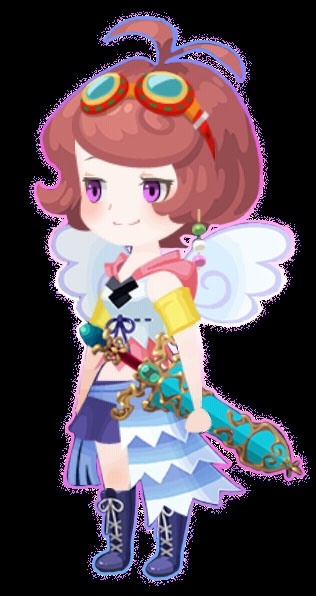 Yays, holy, my favorite Final Fantasy spell. :3 I'd love to see how they'd implement how it looks in kh 3.

Ranma said:
The Japanese åŠ©ã‘ã‚‹means 'to save' as in 'to help'. The command would likely be used to revive party members when they are KO'ed.
Click to expand...

That may work too. Then again, why would I want to help Donald when he's always dead, anyways?

I'm super happy about the possible existence of Water magic and Water combination spells. Waterfire, Waterblizzard, and Wateraero makes me think of Evaporation, Freezing, and a Whirlpool.

Don't get me wrong, these magic skills sound amazing, but I'd prefer better names for the spells.

I mean, that just sounds so...cheesy.

Recon said:
Don't get me wrong, these magic skills sound amazing, but I'd prefer better names for the spells.

I mean, that just sounds so...cheesy.
Click to expand...

They're not official names as far as I can tell, just on the spot translations.

Multi-elemental abilities in some games would have the benefit of being able to be used against a type of creature normally immune to one of the elements and still be affected by it.

"Frostfiraga" would take out both a blue rhapsody and red nocturne..ect.

As for water, although Aero was in KH1, water and wind seem to be less accessible damage types in square games, at least older ones. Fire, Ice, Lightning would typically available from the start, with water, wind, gravity coming in later.