News ► TWEWY The Animation to begin airing April 2021 in Japan

The World Ends With You - The Animation will begin airing April 2021 in Japan on 28 MBS/TBS stations across the nation during their "Super Animeism" block. The brand new promotional video can be viewed below which featues the opening theme song "TEENAGE CITY RIOT" by ALI.

ALI has shared a special message about the upcoming release this coming spring for The World Ends With You - The Animation:

Congratulations on the first animation of The World Ends with You.
I'm really happy to be in charge of the opening of "TEENAGE CITY RIOT" for the new beginning of this masterpiece game.
I am looking forward to seeing a fierce battle take place in Shibuya, where I was born and raised.
It's a killer tune that blows away absurdities and conflicts and screams for survival together, both in the underground and in the real world, so you will certainly enjoy this work.
Let's survive these turbulent times together and live in love with each other in this wonderful world.

Also, a brand new key visual has released for the upcoming series which features the Reapers: 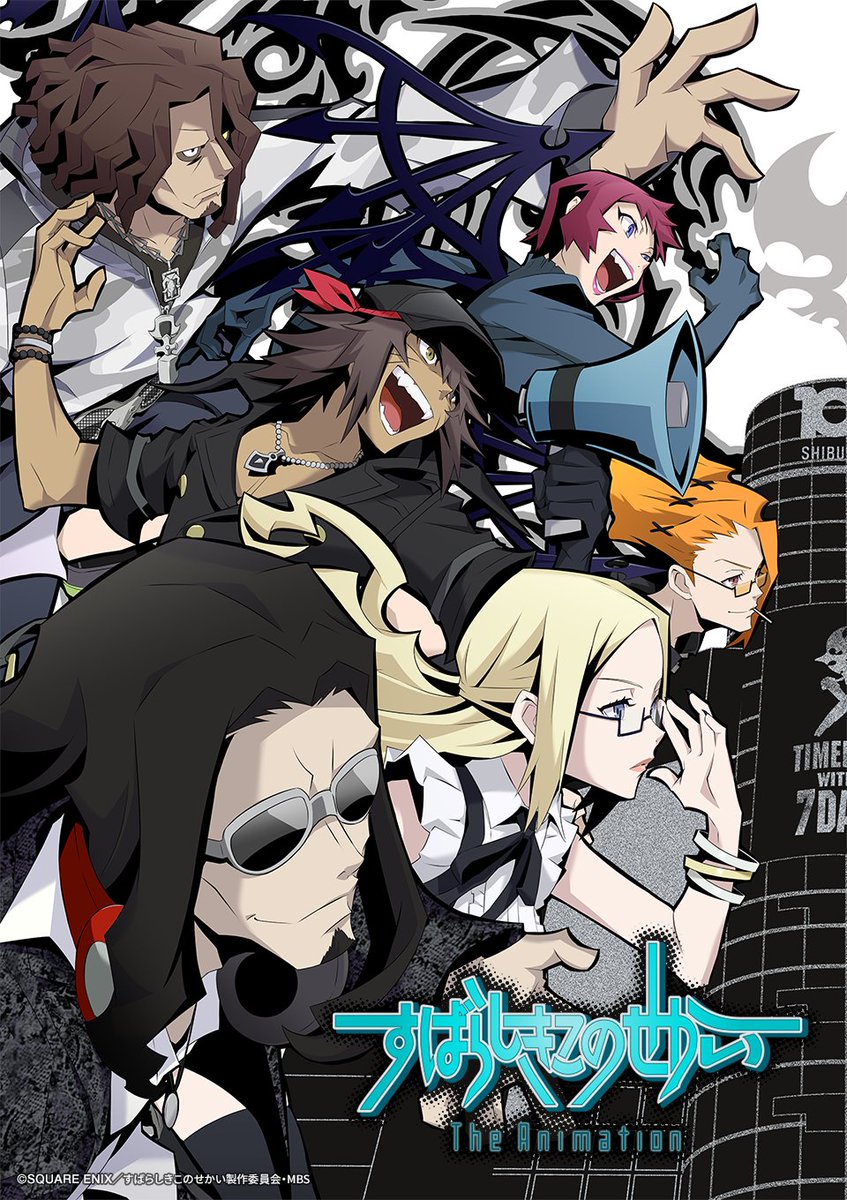 They changed how Joshua and Neku forge a pact and it's still just as ridiculous as it was in the game, if not more so because Joshua is clearly just like hey you fell into me? Guess that means we are partners~

also my bbys Shiki and Neku being badass punching Noise together? Thank you TWEWY Anime.

Any minor worries I might have had about the animation have completely disappeared, this looks wonderful and the opening theme sounds like SUCH a banger

2 quid is good said:
Any minor worries I might have had about the animation have completely disappeared, this looks wonderful and the opening theme sounds like SUCH a banger
Click to expand...

That Neku and Shiki chemistry.

I also love the new way Joshua forges a Pact with Neku. LOL

And I love how Rhyme is still saying her uplifting quotes

April?! That’s not how you spell January

All this time and I hadn't seen the video. It looks really good, I'm blown away by what they've achieved with turning TWEWY into an anime. I hope there's a dub, because I'm a filthy English speaker who gets distracted while watching content but still listens, but if not then that's not the end of the world.