Thoughts on this possible leak for the 20th anniversary? 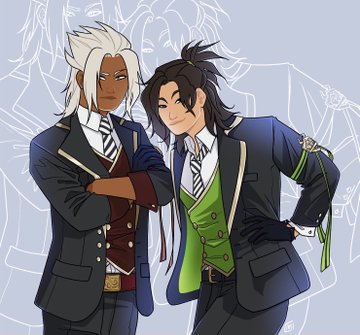 So I was doing a little bit of back reading through some threads, and I've realized that I'm somewhat of a parrot and I usually don't add anything worthwhile to a discussion. I've decided to change that (consider it a late new years resolution) and I'll start by weighing in on this leak. In my opinion, III.5 sounds legit. Everything from the title "End Chapter" (2.8 was called "Final Chapter Prologue" after all) to how little is being added to MoM. Even the movie doesn't seem outside the realm of possibility. As for the mobile games, one is guaranteed, two is certainly possible, but I have my doubts about one of them being non-canonical. While it would be a win for fans that dislike mobile games, I don't think Nomura would want to make a game that doesn't tell a story with some importance to the series future (Final Fantasy VII: The First Soldier is a good example of this) but I could be wrong. I never put stock in leaks and this one is no different, but I'm also not dismissing it entirely.
D

SweetYetSalty said:
That is exactly the one I was thinking of. They announce Yozora's story and it's a mobile title. The salt would be so sweet.
Click to expand...

Oh thank God I don't give a shit about Yozora. Putting his story in a mobile game wouldn't affect me in any way.

I be perfectly down for a next gen KH3 upgrade. It’ll give me a reason to do another run as well as not using all 9 save slots