The Significance Of Memory's Skyscraper

When I first played KH2 I remember seeing this thing and thinking what's so significant about this building? It appears as the location of Riku and Roxas's battle, then of Sora and Roxas's mental battle and then again vs. Xemnas for a bit in an alternate version of it. Furthermore it appears in the scene with Xigbar and Young Xehanort in Dream Drop Distance not long after Sora appears there. There may be other times shit has happened there but I can't think off of the top of my head. I know it's probably just a cool location or whatever and they like putting fights there but does it hold any other significance? Why is it called Memory's Skyscraper anyways? Maybe this hasn't been answered before, I don't know, hoping someone can help out though.

I think is not a so-called "special" place but of course it is part of a special World that acts with special rules (as by Nomura said about the room with the 13 Darkness and the thrones).
I remember and old theory about the destroyed truck present on the right of this location that prevents you from moving forward: it should have been the connection with a futuristic world and a crossover with FFXIII
G

I think, until stated otherwise later, that the skyscraper isn't so much special the same way the world as a whole is but special in the sense that's it's become iconic to the series and fans cause of all the stuff that's happened there.

TWTNW as a whole felt under utilized imo. The world just felt so big, but so empty. Not because it was devoid of people, but it always felt like there was supposed to be something more there. Despite visibly being big, there was no real scope. From a game design point of view, the city and castle in its entirely was just one big hallway.

I think one of the reasons MS feels different is more because is deviates slightly if only because it's a designated boss fight area. Although the building itself is mysterious. If you go up to it, some message pops up about how the building over looks those in the dark or something or other.

The whole city was suppose to turn into Xemnas' final form but that was dropped due to limitations, so who knows? Maybe they had intended for MS to be something more, but couldn't.

Ruran said:
The whole city was suppose to turn into Xemnas' final form but that was dropped due to limitations, so who knows? Maybe they had intended for MS to be something more, but couldn't.
Click to expand... 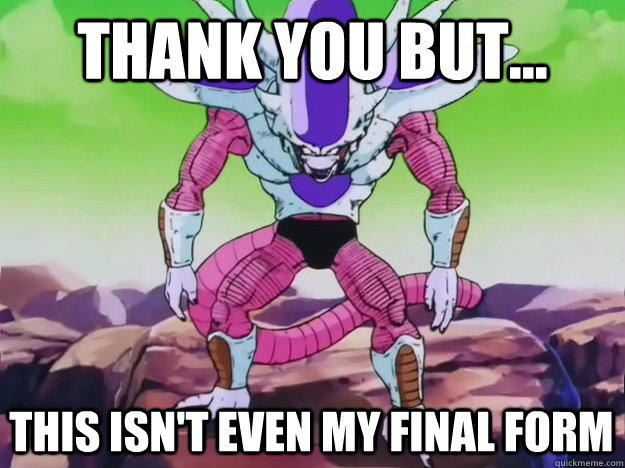 Jk, just wanted an excuse to use that pic, never again. Hopefully 'The King' fight can become a reality in some form in Kh3 because the concept image of it is just so amazing to me.

But to stay on topic Memory's Skyscraper has always had just as much meaning to me as the Train Station tower in Twilight town. Cause TWTNW is essentially supposed to be a mirror of TT no? At the TT Tower it's always been a place of happy times and ice cream eating, while MS is a flip of that where conflict and battles seem to like to transpire. I'm sure we'll see it atleast one more time, be it TWTNW is a returning world or a teleport of sorts happens that requires someone to go there. I personally just don't want TWTNV to be the final world, as it seems to be leaning towards the Keyblade Graveyard.

As for MS' name, not completely sure if there's a valid reason for it. It's probably safe to assume Sora's blackout fight with Roxas has to be an indicator of sorts.
Z

Some people like to think of TWTNW as a Nobody World, meaning it would lack a heart, like Nobodies. Normal Nobodies retain their memories and this gives them the ability to have personalities and identities and forms and the semblance of having an actual heart. Some theorized that this is what Memory's Skyscraper represents for TWTNW. It's where the World's memories are stored that allow the world to have some sort of function and life.

Of course it's just a theory.

Nomura created a place for Riku and mysterious stranger to face off in a cool and mysterious battle for Another Side Another Story and Deep Dive to tease the fans. He just sort of made it up. After that he worked toward a way to write it into the story.

Maybe it has something to do with everyone's lost memories? I'm not entirely sure. It's part of The World That Never Was, so there are so many possible concepts behind it.

NeoshadowXC said:
Nomura created a place for Riku and mysterious stranger to face off in a cool and mysterious battle for Another Side Another Story and Deep Dive to tease the fans. He just sort of made it up. After that he worked toward a way to write it into the story.
Click to expand...

I can see the possibility of Nomura just making up a place, but that also isn't like him when it comes to Kingdom Hearts. Everything has a deeper meaning to it.