KHUX ► The Missed Opportunities of KHUX

Unlike most KH games KHUX operated over the course of years. This means that they had the ability to introduce things like costumes and mechanics later into the game even if it didn't occur to them at the time of release. Given this what do you think could have been introduced into the game, but never was?
What's something that you feel could have been in KHUX, but it never was? (Within the scope of the game. Please no "KHUX missed the opportunity to be good.")

Customizable Chirithy was such a no-brainer and would have been insanely more popular than the one-off pets that were never mentioned again after their introduction. Probably my biggest disappointment that they didn't take advantage of the opportunity and instead gave us some real ugly alpacas. On a related note, an option to not take the pet on missions would have been nice lol

I would have preferred less character and event costumes and more original stuff that look like it's... idk, adventurous or wouldn't look out of place alongside the other main characters? After poofy dress and outlandish hairstyle #27, I kinda wanted some more low-key designs.

After Strelitzia was introduced and we saw her super cute bedroom, I thought it'd be nice if we could customize our own since it was so barebones and devoid of personality.
D

I would have liked some acknowledgement of your party towards the end of the story, though I know Player's story isn't really connected with gathering lux for her party by the end of it. The things I enjoyed about the game most in the brief time I played it were the team aspects so it's a little sad that this isn't really acknowledged at the end (and there's next-to-nothing about parties in the offline version's battle records.)

Also it would have been cool if there had been an event with battles against the Real Organisation XIII like there were with the original Org.

We still didn't learn any of the Funky Bunch's names aside from Mog.

If I had to guess why they went with the pets over customizable Chirithy maybe it was because the pets were designed to be mix-and-match critters from the start, while Chirithy would have had fewer options and thus less parts to sell. It is awkward that the pets vanish from the narrative after the scenes justifying their existence. Even the initial assumption that they were the origin of the non-Chirithy Dream Eaters turned out to be wrong. What even happened to the pets when everything collapsed?

They could have done more with the "projects from the book of prophecies" plot point. There' so much you can do with a device that basically allows you to visit the future but in the end it was just an excuse to have Disney worlds.

MATGSY said:
We still didn't learn any of the Funky Bunch's names aside from Mog.
Click to expand...

Even Mog seems like more of a nickname than his real name. I find that group not having names to be strangely funny. I'm pretty sure that the player spent more time with them than with Ephemer and Skuld even if you don't count the side events, but they're so unimportant they're not worth naming. It just emphasizes how much the player is kept away from the main plot.
Last edited: Aug 3, 2021 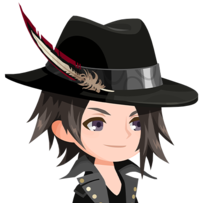 I see the appeal of a customizable Chirithy, but I think it's good that it stayed as Brain's specialty. It is what originally made him into a personal symbol/avatar for me (the reveal at the end then turned that "a" into "THE"). Also, all of them looking the same had some relevance in the story, mainly making it impossible to identify whose Chirithy the nightmare one was.

Wasn't the nightmare Chirithy plot mainly in KHX and Back Cover? If so it wouldn't cause problems if customizable Chirithy was just in KHUX and not the browser game. Especially if there was a lore explanation for why it's possible to customize them now and not before.

Zackarix said:
Wasn't the nightmare Chirithy plot mainly in KHX and Back Cover? If so it wouldn't cause problems if customizable Chirithy was just in KHUX and not the browser game. Especially if there was a lore explanation for why it's possible to customize them now and not before.
Click to expand...

Yeah, they dropped it once the story progressed into the mobile game. I guess it could be confusing since UX was most people's introduction to KHX's story (albeit an incomplete portion of it), and many of them were slow to realize that they didn't actually participate in those events in the real world.

Zackarix said:
Wasn't the nightmare Chirithy plot mainly in KHX and Back Cover? If so it wouldn't cause problems if customizable Chirithy was just in KHUX and not the browser game. Especially if there was a lore explanation for why it's possible to customize them now and not before.
Click to expand...

Well, maybe Brain's book on the subject was almost ready to be published when the war happened, and then he somehow found time to finish it after becoming a leader? I guess that would work...

We never got an equivalent to the Ultimate Cards from the browser version.
Would've been nice and could've given dupes a purpose since 7* made Guilt rolling irrelevant and eventually we could just buy traits.