The better half, Sora or Roxas

Who do you think is the better half Sora or Roxas. I think Roxas is. He just seemed better to me. But what do you guys think?
Last edited: Jul 15, 2010

What do you mean, the better half.

Like is one the evil twin? Or which one we prefer.

I like every Sora except for KH2 Sora, Roxas seems more human though, whereas Sora is a bit of a sue, so I pick Roxas.

You know the better person.

and cuz sora's character was destroyed in KH2

ZiggyK said:
Sora is a bit of a sue.
Click to expand...

But yeah, I agree with you.

I like them both as characters. Sora has a more positive personality, but Roxas's is more realistic and relatable. But they're both very cool. I can't decide.

I feel a little more attached to Roxas than I do so Sora. He was more easy to relate to I guess. Sora really only had one emotion through most of the games: happy. If he felt anything other than that, he didn't show really show it.

Wow, it's been a while since I've seen one of these. The "better half" makes it sound like we should pick on who's the good one, though, in terms of who's the purest. Nonetheless, I prefer Roxas completely. Sora might have that hidden Darkness within that he keeps away with a smile, but he's still sort of bland to me. Roxas (other than Riku), was one of the characters who actually had very negative traits to them and earned some of the consequences that came about: temperamental, selfish, short-sighted, a bit of a jerkass, attitude problem, etc. I appreciate the hcraacter for that, since we've had too many cookie-cutter people. He has a lot of quirks, and he manages to balance it with a little cheerfulness, and concern for his friends. He isn't a stranger to laughter.

No I don't. 'Gary stu' is a slang version of 'Mary sue' but 'Mary sue' can still be used for male or female characters. I use sue more than stu as sue is more recognisable and relatable.

I like Roxas a bit better for the same reasones that most people already stated: he seems a more realistice and realatable than Sora. I thought Sora was cute in KH1 and CoM but then KH2 came around and it was like (diflate) phlumephlubephlubephlubephlube. 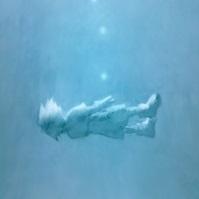 If you mean by 'better' as in combat style and in those things, I'd say Sora. Roxas doesn't even know that he can summon keyblade from a distance (see the cut scene of their battle), and seems that Sora has better control of keyblades.

If meant by more humane or as which one I like more, I'd say Roxas.

Sora, he's just cooler and less whiny. Granted, they're both whiny, but Sora's on the lesser side.

I don't know why, but I'm just going with sora, I like roxas, but I like sora just a little bit more.
T

I'm not a Sora fan, but I am a Roxas fan. He just seems a little less naive than Sora. And his dual wielding is pretty cool!
A

Location
in my little world where nothing at all make sense

Both are great, but Roxas just wins this one.