Run together by Mr. Wilhelm and Yeshallbeasgods​


“Before the Ori be discovered, the Asgards found old code for activating the Stargate to worlds from other universe, others than their own. Those code until now couldn’t be used for mysterious reason, but since a certain events that happened in another universe, they can be used as any other Stargate Code. “​


Those codes lead to new world which can be from any existing universe: Final Fantasy, Persona, Kingdom Hearts, and so on. Like said previously, all Cross Over from Movies, Animes, Video Games, Books, and all existing stories, are allowed to exist in this RP. The reason to why all this planet are in the same universe can be numerous, For those not knowing, on planet being able to receive life there is a stargate: entering code in open a door to another planet, or another world.​


The “plot” is based on the canon of the various universes, until the said universe find the Stargates, breaking the canon and leading to cross over interactions (a Star Trek fleet could appear against Gummi Ship this way).​


The earth from our time is the one of Stargate Universe: it can double as being the same earth as the one of others series (Stargate, Death Note, and The Pretender could be on the same Earth) - There can also be more Earth from alternate realities.​


[FONT=&quot]In many dimension, beings of great power, for different and unknown reason, searched to cross dimensions. To do so nevertheless, two elements were needed: that the barrier between universes, realm, worlds and multiverses break, to allow travel between them. The second was to find a way to do said travels once the universes opened.[/FONT]​


[FONT=&quot]They each attempted their ideas to break those walls, having no mean to know they were many to do so. Because they did it at the same time, they succeeded, and broke the barriers.[/FONT]​


[FONT=&quot]Seeing it was a success and thinking he was the only cause of it, Ganondorf used his Triforce and wished for a way for him to conquer each existing worlds of the Omniverse appears: and as such, the Stargate appeared; answering to the depth of his wish, a way to travel from world to world.[/FONT]​


[FONT=&quot]As a side effects of those events, a new Realm was created, the Realm of Eternia which purpose was to be a neutral world welcoming peoples from the whole Omniverse.[/FONT]​


1. No godmodding
2. No character killing unless agreed between the person playing that character
3. No power playing
4. No excessive swearing
5. Obey the general rules of the forum​

The Form of the Worlds:

The world from the RP is the Omniverse. To make it short, there:

For those not knowing or not remember, Stargates are circular artifact. They are brought together with a DHD and were created by a very ancient race to make easier travel from planet to planet in the Stargate Universe. For some mysterious reasons, those Stargates appeared in others Universe.

Various codes are needed: 7 symbols have to be typed for the Stargate opens in a nearby area, 8 for a very far area, 9 when crossing universes. The Stargate double as time travel and dimension travel device, but those are very rare events not worth describing here.

Dead character can be revived for this RP: Either we learn they were not dead (Rufus Shinra style), either they are revived (Spock style), or either they found a way to be saved before dying; them being saved create a split timeline, and they arrive in the timeline where they died, keeping this one as canon, and in the future preferably.

In before anything, I claim Lezard Valeth from the Valkyrie profile Universe xD
Last edited: May 21, 2009
Y

XD He's yours then

I have to think of who I want, but I have ideas for OC's :lol:

Can I use Renesmee Cullen from Breaking Dawn?

This looks like it could be fun! XD
Y

Yeah, sure! I love Renesmee =)

Hmm, what worlds should we start out with..? 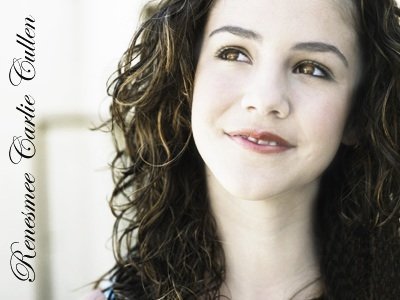 Personality: Though Nessy is only 7, she behaves much older than that, due to the fact of how fast she grew. She’s outgoing and charming. She loves to laugh and make others laugh as well, but always in a nice way.

Bio: Nessy is a vampire/human hybrid, so she was born from a human, but actually grew up. She’s lived in Forks, Washington most of her life, but recently moved to Portland, OR, one of the cloudiest cities in the US (I googled it, lol.)

Other: Nessy does drink blood, but only that from animals and has never killed a human, and never plans to. She’s in love with a werewolf, Jacob Black. She also has the uncanny ability to be able to speak to someone by touching them. Not out loud, but through their mind, though she can’t hear them. It does come in handy when she needs to tell someone something important and can’t say it out loud.
Last edited: May 20, 2009
Y

That sounds really good, it'll be fun seeing her in action =)

And I'm going to use pink....I dislike pink, but it fits her, lol. Do you think someone will take Jacob? That would be really cool, lol.
Y

I'm sure someone will =)

Personally, I don't like many of the wolves (though Seth is kinda sweet) I'm a vampire freak

Can I make two chars? I mean, one later?
Y

Yeah sure, I have several OC"s in mind, just have to find some characters to claim =)

I know I want chaos from Xenosaga

Lemme think about it, lol.
Y

I'll be taking either Big Boss or Revolver Ocelot from the MGS Universe (thinking to which one yet). I'll take a Stargate 'original show) charater too I guess.