Welcome to more of End's hardly cooked theories.
The first is blatantly in our faces though I have yet to see anyone mention it. Even though the world is protected by light, when supposedly dies (I say supposedly of course because we see her walking to the door and a heart exiting. Her still being alive is another valid theory since she was killed off even faster than Xion) is it possible that she separated into a heartless and nobody? If so, can her nobody enter the realm of light? The 6th person on the anniversary artwork used for the new title screen shows someone with feminine eyes donning the black cloak. In UX, only two others have worn the darkness-bug-spray coat who are very masculine in size and shape. The person depicted in the artwork surely represents Strelitzia, or perhaps, her nobody. What reason would Strelitzia need to wear the coat? Especially with her being ripped out of the story so far. How could someone who has died and lost their heart show up again? As a nobody.

As for my second barely cooked theory...
This is more of a similarity than a theory but... There's no way these two are related somehow, right? 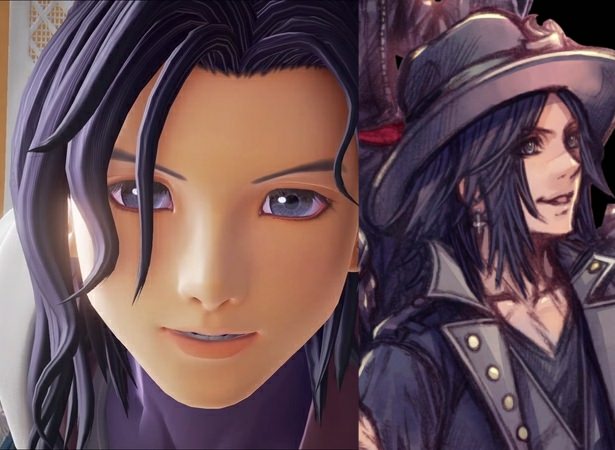 This has been Theory Time with End. I'd love to hear your thoughts or if these have already been spoken about!