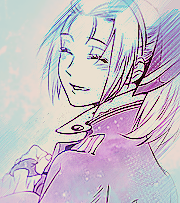 Pick your top three entries and rank them in 1st, 2nd and 3rd place. You can also do honourable mentions. All participants must vote. It is highly recommended that you give a reason for you vote. Basically critique them! Voting ends this Friday night.

Each signature will get a certain amount of points based on their ranks in each post.
1st place: 7 Points
2nd: 5 Points
3rd: 3 Points

Cat one reminds me of Coraline. 8D

#3 I really love the color of the saturation in this one! The whole thing comes together so well.
#1 Oh Donald looks so great with the explosion of green XD
#4 This is just SEVERELY cool. In so many ways.

Location
Supposedly lost at a supermarket

1st: #5
IMO this one has the most "halloweenish" feel to it. I really like the grungy feel to it. My main complaint is that the pinkish stuff on the left, near his arm, looks a little off to me because of the colour. Also, you could add more sharpen =P

2nd: #1
This sig looks really smooth. I like the colours and the composition of the sig. Part of me likes how you did the text and another part of me doesn't like it. I don't know it's hard to explain, but I like the bold approach to it =)

3rd: #3
It just looks really appealing. The pastel like tones and everything really make it look nice. My main complaint with it is that it looks like it was cropped from a larger image, so it kind of looks incomplete. Things are really put well together though with the bear and stuff.

There's something compelling and terrifying about this tag. I like how it captures the theme so incredibly well. Drawing inspiration with its colors of red and pink that compliment the man within the tag. The blending of colors of this tag are outstanding and eye capturing to the eye. I really have no complaints or any critiques to give for the artist.

I would of tied you for first place. I loved the pastel color; fitting for Halloween and Fall. Extremely cute with the cutie in this tag. <3 I really like the teddy bear next to her too. In all honesty, I believe it's another unique and rare tag compared to most tags I see on average. Reminds me of a painting. Well done.

The explosion of light behind Maleficent was superb in all of its glory. Highlight Maleficent quite beautifully. I'll admit if it were any brighter then I'd ask for it to be toned down some. The choice of splashes of color suit this tag quite well. I also like the painted droplets and effects on the tag itself. Charming to say the least. I can imagine whoever wears this tag to be proud of wearing it on display.

6# Oh my gosh! Looking more closely at the tag, I can see Sora again! Cleverly done to whomever made this tag. The effect of it is marvelous and mouth dropping. Almost eerie, when I stare at the tag too long. I also like how you gave Sora a shadow of orange and black. Another reason for me to love this tag. <3 I'm actually curious what the tag would look like without the text. In any case, the effect of blue and black with orange in the center brings it all together in a nicely shaped present with a bow on top. You should pat yourself on the back.

2# Your tag is really unique in choice of coloring and effect. I actually can't tell what is written in the left hand upper corner unless it's a name I'm unfamiliar with. Something that captures the eye before the center piece. Aka the cats. The color scheme is something I like. However, the shadows on the sides of the tag make it almost too dark and takes some of the spotlight away from the cats. On the other hand, I still like it a lot, and it reminds me of either Jack Skellington or Coraline for a Halloween theme feel.

1# I love the green lights/explosion effect to the tag. Donald compliments them splendidly. The colors of purple, hints of orange, red, and yellow are pleasing to the eye. I also like the style of text you've shown in the tag. As I was looking at the tag, I only had two things I wanted to critique about it. I imagine it might look better without covering up Donald's foot in the right hand side with the glowing green lights. And the second part would be the letter "O". The really dark green dot kind of looks out of place to me for some odd reason. Otherwise, I do like the tag a lot.

First, #4
This image has a really great sense of light and of movement, which makes it quite compelling. I think the choice of the light source was well placed in that it highlights the most interesting shapes of her face (the curve of her shoulders, her slight neck, and those amazing cheek bones). However the more I look at it the more I do wish that the light faded out and covered more area - rather than being so intense in that small of an area. I also question the use of that pink but it seems as though you pulled it from her lip colour, however I do think that the range of blues you have throughout is really rather beautiful. Overall, it's apparent that there's a lot of work put into it and some really smart choices were made - well done.

Second, #1
There are two things that this image really has working for it, the placement of Donald and the colour scheme used. It's simple, but I believe most if not all of the elements compliment each other well. Donald himself is very dynamic, which is played up with the use of the green orbs, as well as the colours all complimenting each other and adding subtle moments of soft contrast. When it comes to the text I'm conflicted in that I understand the purpose of it and I visually like what it's doing, but I also don't much care for it and think that it disrupts the composition more than it compliments it.

Third, #2
I admit it was difficult for me to decide between the rest for this spot, and I think it came down to a more subjective pull than anything else. I keep gravitating towards this image, and it's mainly for the subtle hints at cat sidhe or just sidhe lore in general - which I think was a smart/creative move given the theme of the challenge. I think what it may lack in any sort of complicated "techniques" used in tag making it makes up for in still having a healthy amount of visual information and a sort of mood and aesthetic. I think the colours work well together and allow for the blue in either cat's eyes to glow and contrast that orange while still being close enough to the green so it isn't too much of a stark contrast. I do think that the text is important within the image, though I think a change in it's placement could work more for it. I also agree with what's been said about the harshness of the black around the edges, it should be more subtle. Otherwise, the image as a whole is appealing and has a nice narrative behind it.

1st: #5
Oooh this tag is really scary, I love the stock used and all those paint splatters in the background. The colours work great too, that shade of pink is really quite beautiful. I think it's great how it works with the stock. My only problem is that I think it's a bit over sharpened in some places, mainly the speckles. I'm drawn more to those than anything else in the tag, however since they're placed close to the stock it isn't all that bad.

2nd: #1
I really like these kinds of sigs with all the lighting everywhere, it's quite beautiful. As for the text, I both love it and don't. I personally think the text should have been behind the stock, and the lighting looks a bit weird on top of the text like that. Other than that though, I love it~

3rd: #6
I really like the colours on this one, which is my main reason for it being in my top three. I love the blue and the orange together. This looks like the start of a great sig but it does look really unfinished. If more was done with it, I'm sure it'd look amazing.
Last edited: Nov 1, 2014 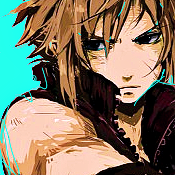 2nd: #1
really simple, clean effects (pun not intended lolz). i might've been tempted to use a more 'horror' themed colour scheme, but other than that it's very nice.

3rd: #3
really nice colours and a cool sort of scrap-book look to it

I absolutely adore the coloring on the Maleficent sig ahhh ;A; So amazing! (And sorry for not putting any critiques; I wanted to throw my votes into before the deadline >.<)

The winner this time is Davey with 30 points! Here's how everybody did:

Thank you to everyone who participated and voted. Be sure to enter again in next month's sotm!

Congrats! One that I voted for won! XD I'm so proud of Donald right now TuT
It was quite close for the first few places!

Oh my. Figures I come back after a long drawn hiatus and do something to show myself back and then leave on vacation to come back to this. Thanks so much all.

The rest of the entries were really lovely. Great work everyone.