something i dont get

hey guys i wanna know...
wy does Xehanorts Heartless take the shape of a normal being i mean if its because he had i strong heart then why dont we see the other XIII members in that form??
S

Location
Just around the riverbend

ok there was something sooo wrong with that.
the Organization and Xehanorts Heartless aren't exactly friends. they are 2 diffrent species. srry i just had 2 point it out. And yea probably due to his heart's power. also he had that thing that hovered over him so i guess that was also him, so he wasn't only in human form. But that's what i think. :3
E

Hmm.. wasn't it said in one of the secret ansem reports that Xehanort was kind of an superhuman? That could be the reason why.. I don't know if I was exactly right with that information.. Don't remember exactly what it was said in the report so please corrrect me if I'm wrong
K

Location
the world between light and darkness

the org. 13 members aren't heartless they are nobodies. i suppose the reason is the same one that pertains to why the nobodies were able to retain their human shell, xehanort had a strong heart.
K

Eternal Oblivion said:
wait wait u didnt tell me WHY the orrganization members didnt have heartless form like the one Xehanorts heartless had i mean since being a nobody meant being a heartless
Click to expand...

well we havn't seen them yet so we don't know! I rest my case!
N

well we didnt accualy see xaornorts heartless before he got riku to open up his heart to him. so mabey he was still in heartless form untill he got rikus body or something like that i am not really sure, but say something in one of the ansem raports in the 1st or 2nd game. but dont take my word for it though
M

khdude2000 said:
the org. 13 members aren't heartless they are nobodies.
Click to expand...

he knows that. he was asking if the Org. 13 members have human-form heartless.
And to answer that question, nobody(ha) knows. We haven't seen their heartless yet. Hopefully we will find out if they have human form heartless in 358/2 days.
K

Xehanort's Heartless was using Riku's body as a physical shell to retain a human form. Note in the beginning of the game, back at Destiny Islands, Ansem was only a dark mist in a brown cloak. Nobodies are the body and soul of their Other, so they have a human form, granted if they were strong-hearted enough to retain the body's shape.
S

Location
Only stalkers care about this

Well, if they did have "human" heartless, then we haven't exactly seen them yet. And that would mean that the nobodies sora "killed" would never return back to normal seeing as their heartless has to be....somewhat disposed of first I guess.( I think I read that somewhere...)

If they aren't human, then Sora might've defeated their heartless and everyone has a happy ending....

(waitaminute....if Xehanort's heartless was defeated before his nobody.....then that means that Xehanort himself could be back....correct me if I'm wrong...) 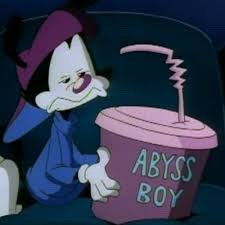 Location
somewhere in the stratosphere

Sorax3 said:
ok there was something sooo wrong with that.
the Organization and Xehanorts Heartless aren't exactly friends. they are 2 diffrent species. srry i just had 2 point it out. And yea probably due to his heart's power. also he had that thing that hovered over him so i guess that was also him, so he wasn't only in human form. But that's what i think. :3
Click to expand...

Good statement, it's true that the heartless and nobodies r 2 different species, and that cutscene in KH2, when the Heartles and Nobodies appeared around Sora and Donald and Goofy. But they weren't aftr them, the y were aftr eachother. That was before Maleficent died for the 2nd time. And when Ansem's apprentice, Xehanort had tooken darkness and the darkness within his heart took form as a heartless. that darkness was strong enough to take a form of its own, as a HUMAN. But made of pure darkness. Now, do u get it.
C

Location
High above the chimney tops

I thought that Xehanort's Heartless didn't have a real body, and that's why he took Riku's

Kairiangel said:
well we havn't seen them yet so we don't know! I rest my case!
Click to expand...

canito_q said:
I thought that Xehanort's Heartless didn't have a real body, and that's why he took Riku's
Click to expand...

And when Ansem's apprentice, Xehanort had tooken darkness and the darkness within his heart took form as a heartless. that darkness was strong enough to take a form of its own, as a HUMAN. But made of pure darkness. Now, do u get it.
Click to expand...

This is exactly what my theory was to explain why Ansem (Heartless) looked human... but let me rephrase what I just said... In the first game's Ansem Report (written by Heartless An), it states that despite being an existance of only the heart, Ansem had not looked any different...

Yet in the beginning of KH1, Ansem was only a dark mist in a brown cloak. You see him as this again in Hallow Bastion, however he's now 'misty-er' (I don't know how else to explain it XD). I believe that Ansem had the body of darkness that you are thinking of, but I believe that since Ansem was in the Realm of Light, the Light slowly began eating away at his physical body, destroying the shell of darkness. Ansem was only left as an existance of his own heart, supported by Darkness to keep it attached to this realm so it wouldn't go to Kingdom Hearts to rest. So then Ansem had to take over Riku's body, for without a physical body, all the Darkness that kept Ansem alive would vanish and his heart would go to Kingdom Hearts. Ansem desired to go to the Realm of Darkness so that he could live without a host's body and acquire even power.

That's my theory anyways. I think it make quite a lot of sense, no? Anyone, tell me what you think: Yes, it could be true, or no?
E

o yeah i totally forgot bout that rikus body thing... well then why dont we see more cloaked heartless around??

I dont think this was answered clearly before. The new games might answer it. Here's what we got.

Ansem Report 12 said:
I have transcended to an existence of only the heart. I should have come back as a Heartless, but there is no sign of such a transformation.

My body has surely perished. However, I am different from the other Heartless, keeping the memories of before, and I have not taken on the form of a Heartless. It is clear that there are still many things to be studied.
Click to expand...

This Ansem report was written by Xehanort. Then the next ones that I quoted are by Asnem.

Secret Ansem Report 6 said:
As I had expected, Xehanort had become a Heartless. Under my name, he commanded other Heartless in quests to snatch away the hearts of many different worlds.

At the center of the hearts Xehanort had stolen was “Kingdom Hearts,” which attracts tremendous darkness to itself and attempts to send away any and all matter back into its depths.

The other five have disappeared. Have they become Heartless, like Xehanort? Or did they vanish after Xehanort had exploited them?
Click to expand...

Eternal Oblivion said:
i think this will e explained in BBS since MX has the same clothes and all
Click to expand...

358/2 Days or Coded might explain it. I think 358/2 Days is most likely to explain it because the game revolves around those guys nobodies. Secrets should come out.