Wow... 2 whole years since I,ve arrived here at this place and a freaking journey It's been.Well not that I wanna mourn on and on but It's time I,ve left.Today my mom announced that I can be on the computer as long anymore and I have to go to sleep earlier because of school,cuz I have to get up hella early (7:25 I think..) which means no all nighters for me.My body has become too used to being up at 5 o clock and I'm usually visted by my mom in the middle of the night who,ll get mad If she finds me on the computer.

Which means goodbye everybody.Though I just wanna say thanks to some people.

Breaking point: An older brother to me,and pretty much a grammar tutor.One of the greatest rp'ers of all time.


Breakdown/Prince Sasuke: My younger yet mature older brother in a way.

XCursedXRebellion: Excellent Fanfics.Also one of the n00b police on the forums aside Zetsumi who make me laugh.

The Laughing man: My best friend

My bad for not mentioning everyone else,but I'm not in the mood to go on forever. Being the pacifist I am I,ll say I hope you guys are happy,and n00bs I hope you control yourselves and realize It's getting annoying to see stupid threads.My bad for being a jerk,hope I come back and see you guys later.

Abel: Your greatest compatriot and mentor; and, of course, best friend.

See ya round Fuzzy. ;P

I wish I had thought of that.
H

Well, just come back next summer, or on the weekends, when you can stay up all night.

I will miss you Fuzzy, hope you come back 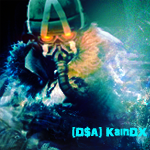 Well, it seems like all the veterans are leaving. You will be missed by many, Fuzzy.

Well, we lost another one. Later Fuzzy, the rp world will never forget you.....who am i talking about. just messing with you.
D

well don't know who are are but bye and good luck. Even though we will see you around probably, I mean come on I wake up more early than you, I would be on the bus on the way to school by the time you wake up. I get a lot of homework, but still get time to come on the KHI forums. I guess we will see you around from time to time.
F

Location
Across the Universe

Two bad that you are leaving since we were friends well I hope one day that you do come back well have agood time whatever else you are going to be doing.
F


I guess I’m going to be able to get a little free time. Although, I said I would leave.Dammit! Somehow I knew that I would’ve come back.*grumbles* Well anyways I guess I will be staying a while. Although, I can’t guarantee I won’t be on too long, time is a limit for me and a terrible one too.