According to leaks, the Japanese version will introduce 6 new Tsums as part of the game's Halloween celebration. Of these 6, 5 are speculated to be available via the Premium Box: Halloween Town Sora, Donald and Goofy, as well as the Pumpkin King and Boogie from Nightmare Before Christmas. The final one, believed to be Bat Hat Minnie, may be available as an event reward. 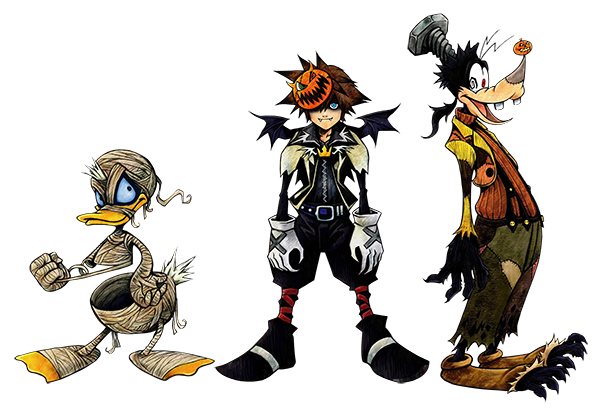 As these leaks are unverified, please take them with a grain of salt.

We just finished a Tsum Tsum event in KHUX Global so I doubt thereâ€™s a full on cross over between them for us. Maybe the medals and events will return in the Japanese version, with a Halloween twist of course.

If this does become true, I really hope we get more Tsum Tsum medals out of this!

Alright, these are real. The girls are asleep atm so Iâ€™m not sure when they will update the article but let me just say these Tsum Tsums are so cute!!