Nice. With any luck I can post again tomorrow night. I have a test tomorrow as well as a piece to play that I'm not at all prepared for.

If it's not obvious by that post, I plan on having Crystal become the back supporter of the group like Fukka/Rise. Except she can actual fight back. If the post is unacceptable I can edit it out, since the point of it was to show her Persona rising from dormancy. Also, if I need to change skills or even Persona to reflect her back support, I can do that as well since we haven't really dug into that yet.

Nah, no need to edit anything. It's a good post.

Just to note though, that Frankie guy will be in the hospital, in a coma.

Cool. Also, that's fine since Crystal wouldn't recognize that after her episode.

i'm sorry guys. I have a cold right now. Most likely, Ozma will go next before, I get my post out. Anyone want to move my character along is welcomed to until I get back.
Last edited: Sep 19, 2013

KitKat said:
i'm sorry guys. I have a cold right now. Most likely, Ozma will go next before, I get my post out. Anyone want to move my character along is welcomed to until I get back.
Click to expand...

Being sick sucks, I haven't been feeling too hot lately either. I hope you get better soon, though!

CD-Man2021 said:
Being sick sucks, I haven't been feeling too hot lately either. I hope you get better soon, though!
Click to expand...

Thanks, CD-Man. I couldn't agree more. But, I'm happy to be back at full health again! And I hope you're doing well yourself.

I'll be posting soon. Though I would like to know who's still in this.

I'm definitely still in this, but unfortunately there may not be much of this to be in without a good group of people. It's Persona after all, social bonds are everything. 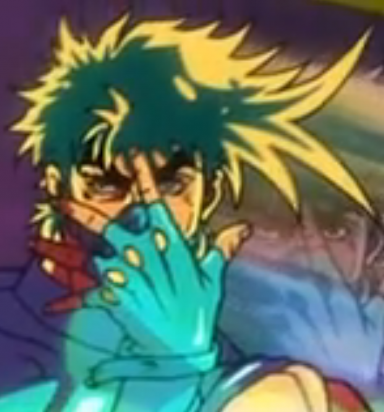 I'm still in this as well.

I'm in as well. Just a matter of getting back into it.

I'll post sometime this weekend. I may or may not initiate a time skip.

Count me in. I'm fired up and ready to keep it moving.

I don't suppose the new Persona announcements have a chance of jump starting this back to life?

I hope so, because I love persona and this had a solid plot to it. Or at least, I thought so. And I really want to battle some shadows and solve this mystery. *crosses my fingers* Hopefully, Piercing Light shows up soon.

So if this RP is still going. May I feel free to join?

hmm, I'll post soon, and it is still open.

Sweet, I worked on some of my template earlier, but i'll finish it up later tomorrow and I will edit this post. Then we'll wait for its approval! :]


Personality: Noel is a carefree guy. He always has a kind hearted smile. People usually associate him as the guy who constantly worries about his friends or even to total strangers. He's probably the socially awkwardest guy in the world thanks to his parents, but he means well, trying to always make you smile.....Although, he's just trying to hide his true feelings about him self.


Appearance: Noel is a 5'11 young lad with mako green sparkling eyes. Skin tone is slightly a darken peach cause of his tan. He also has hazel brown layered hair, with bangs framing both sides of his face. (Think Cloud strife but more casual real life looking). His lips are thin and sort uve pink.
His build is more of a swimmers body. Well toned muscles, especially his triceps, Lats, and traps. Although he is pretty built, its frame is light considering his weight is on the light side of 122lb. Possibly cause of his high metabolism, or his harsh training regiment.


Mabufu: Inflicts a small amount of Ice damage on all enemies.


Media: Recovers a small amount of HP to all allies. Can be used in the field.


Magaru:Inflicts a small amount of Wind damage on all enemies.


Talents:
Superior Agility: Noel has the reflexes of a trillion cats. Thanks to the sheer cold of the pool, no thanks to the god forsaken weather conditions Nex preserves. He's able to react and move without hesitation with blazing speed.


Martial Arts: he's watched a lot of Kung fu movies when he was young, and he has a small hobbie learning of Kung fu/Karate.


History: Recently one mate of Noel's went missing. Being optimistic as he always was, he just thought he caught the flu. Until he hasn't shown up for swim practice. He never misses practice. Worried. Noel decided to look around Nex for the next few days hopefully finding his swim mate.


Other: Noel can't stand things with odd or weird textures. Such as soggy bread. If he sees it, not even physically. Noel gags until he and it are not in the same room.
Last edited: Nov 27, 2013