Somebody's probably made a Mega Man thread already, but this is specifically for Battle Network.

I really feel like the Battle Network series deserves it's own thread, since it's really a very different franchise than Mega Man, and Mega Man X. Whereas Mega Man X just feels like a sequel to Mega Man, Battle Network really separates itself from the rest of the series.

Anyway, the only Battle Network game I've played so far was BN3: Blue Version, but I just remembered playing it, and how awesome it was. I really am thinking about trying one of the later BNs.

I'm thinking of trying Mega Man Star Force, since I hear it has online play and online trading. I also hear the battles are played from 3rd person shoulder view though. That must be kinda weird.

i was thinking about getting the star force games...they look cool. anyways, i have BN3:red and blue versions
S

Horrible games. I played the first couple, then it got annoying. Mind you the first ones weren't star games either.

And how does this deserve its own thread?
C

I've already explained why they deserve their own thread. The only way Battle Network is connected to the rest of the Mega Man franchise is because it has the words "Mega Man" written on the box. The story is completely unrelated and the gameplay is entirely different.

Anyway, just because you don't like the series doesn't mean it doesn't deserve a thread.
S

Eh, I liked the first game, mostly because it was Megaman, IN A WHOLE NEW FORM. But after that, they just did the same thing over and over, and nothing really changed. Which really seems to be a problem with the Megaman games in general.

i think he is trying to say that battle network games are completely different from the usual megaman games....Ex.megaman looks a lot different then he does in the other games and he is controlled by a kid named Lan.

don't flame me, i'm just translating wat it seems like he is saying

If it were "completely different", it wouldn't be Mega Man. And it's not just the name of Mega Man. Many characters from the original series were carried over to the new one. The links drawn between BN and the others are staggering.


And in any case, the BN series is long over. I don't believe further discussion is really recquired.
C

Mario Party's story is related to the rest of the Mario franchise anyway. See the mass of returning characters, such as Mario, Luigi, Peach, Bowser, Toad, etc. Also, Devil May Cry 4 and 3's stories are related to each other. Are you sure you actually played both of those games?

Dude, did you even pay attention to the game? Mega Man is Lan's fricken' twin brother for god's sake. A human made into a net navi. Plus, He's the title character as well. Lan's Just a sub-star. You don't see him in cyber world, fighting off viruses, do you?

And When I say "Carried over" I ment recreated. Don't doubt that many of the classic characters have been recreated to play roles in the new games. You've got Roll, Gutsman, Cutman Protoman, Dr Wily, Dr. Light, etc. The majority of the characters used in the game aren't even original.

And in case you missed it, let me say it again: THE SERIES IS OVER. NO NEW GAMES ARE BEING MADE. NOTHING LEFT TO DISCUSS.

It was too repetitive. I liked it, but after BN 5, I just gave up on the series.
P

the first Bn game i played was...no.6:Gregar, i bought the 1st one and man...it kinda suked, ok..it really suked, no.4 was a little great though

I liked BN 4 the best since it was the first MMBN game i got.

Location
Hotel In Traverse Town, Trying To Sneak Out Withou

The Battle Netwrok series is one of my favorite game series of all time. I own one verison of every game, with my friend owning the opposite verison. The only problem I see with the series is that it got shorter and shorter and easier and easier with every passing game. I enjoyed the story and the gameplay immensely. Great series all in all.

As to the arguements of this thread:
MegaMan BN has A COMPLETELY different story than the original series. It has nothing to do with any other series except Star Force. All the characters have been remade, that's the only thing it has in common with the other games. It is, in fact, a different game entirely.

Even though there are no more games being released *sniff*, it doesn't mean it shouldn't be discussed. People are still posting threads of games that have no sequels in plan or at all, that doesn't mean it shouldn't be discussed. What use could this thread have? Help on the games like where to find battle chips or plot questions. IMO the thread is fine as it is.

Gee, I wonder? Where would a person ask about BN? Oh, I don't know, maybe the Nintendo thread and the actual mega man thread! 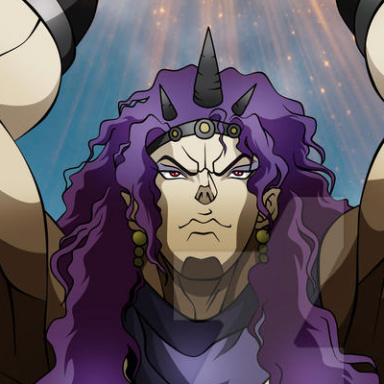 Capcom is preparing to celebrate the sub-franchise's 20th anniversary next year:

The 20th Mega Man Battle Network anniversary is coming up, and Capcom is starting to prepare by looking for partners for products.

Hold down your expectation horses. They're mostly looking for licensing partners, which typically means merchandise. But obviously, why wouldn't Capcom make a collection on Nintendo's best selling console?

It would be amazing if they did something for BN anniversary. Battle Network was my first Mega Man series. I miss the series at times, even if I wasn't super skilled at it.

SweetYetSalty said:
It would be amazing if they did something for BN anniversary. Battle Network was my first Mega Man series. I miss the series at times, even if I wasn't super skilled at it.
Click to expand...

I got nostalgic listening to the MMBN4 OST! Haha. But I presume they may work on a port. What I wonder if it'll include Battle Chip Challenge and Network Transmission

By the way, I finally picked up my copy of Megaman Battle Network 5 and plan to play it soon. Never really played one of the games before, but nooby me loved the Megaman NT Warriors show and the manga. I couldn't really get into the classic Megaman games because I lack skill and patience, but I always liked the character. Wish they'd reboot that show. It was gorgeously funny and somehow self-aware.
You must log in or register to reply here.
Share:
Facebook Twitter Reddit Pinterest Tumblr WhatsApp Email Link
Top