Square Enix and Disney have released a three new screenshots and from Kingdom Hearts 3 which focus on the newly announced Monster's Inc world, the Kingdom of Corona, the Toy Story world, and Riku's voyage into the Dark World.

This past weekend at D23 Expo Japan 2018, a special event for Disney fans created by D23: The Official Disney Fan Club, held at Tokyo Disney Resort®, SQUARE ENIX® and Disney thrilled fans with the announcement of a new Disney•Pixar film based world, Monsters, Inc., in KINGDOM HEARTS III. Two new trailers, revealed during the Expo, take viewers deep into the frights and delights of the animated classic as Sora, Donald and Goofy transform into monsters to blend into the Monstropolis cityscape.

During their epic adventure, Sora and his companions join forces with Mike Wazowski and James P. “Sulley” Sullivan, with a special appearance by Boo. Fright team all-stars Mike and Sulley lend their scaring talents and special combination attacks against their enemies.

Fans were also treated to a second trailer teasing a mysterious exchange between Riku and King Mickey and the announcement of a new theme song by international sensation and series veteran singer Hikaru Utada, titled “DON’T THINK TWICE.” 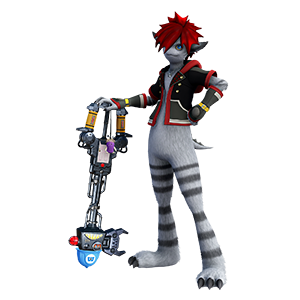 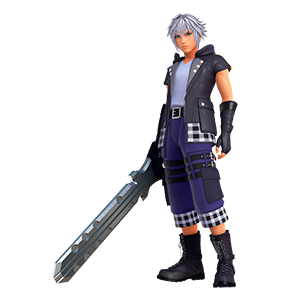 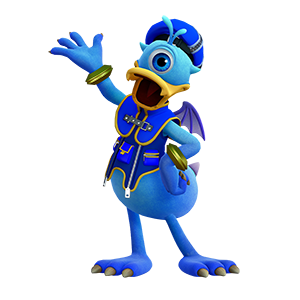 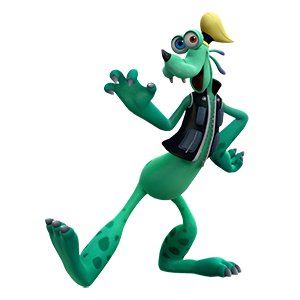 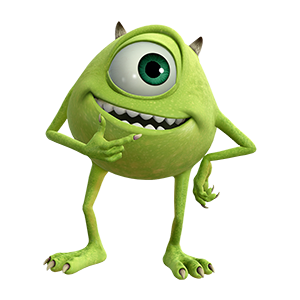 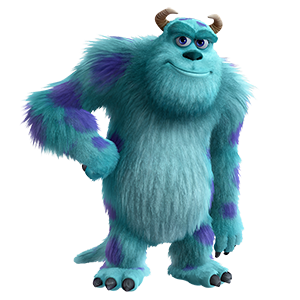 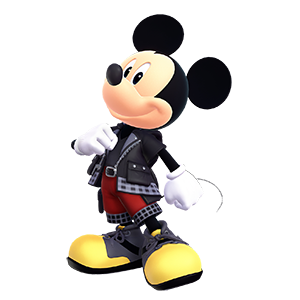 God, whenever I see screenshots of Riku and Mickey, it makes me happier. Every single time. They look so fucking great.

I really like how SDG look as monsters, must be the color scheme that makes it look so appealing. Sora looks great in gray, really brings out his blue eyes and a nice contrast with the red.
X

Ariel finally gets to visit other worlds.

Riku gets fennir huh that interesting

We need an uncompressed Trailer Square. Pls. Those screenshots are so good

FYI, replacing those images with official English ones so if some of them somehow get corrupt please do not worry!


Muke said:
We need an uncompressed Trailer Square. Pls. Those screenshots are so good
Click to expand...

It's available for download on the North American press site, but it is slow because of the amount of people trying to grab it.

I really love the designs of Sora, Donald and Goofy as monsters. I know now you're starting to see people have issues with Goofy's design not being as interesting. I think if they gave him tentacles for arms and longer dragon/serpent like neck, it would be better. But i really don't have an issue with his look.

Mickey, Mike and Sulley, look great as always. And Riku looks like Noctis more than ever XD

Aha I see what is going on here...
Nomura: Fans don't like Riku as much as I thought for some reason... Gotta do something about this. I GOT IT, Make him look like Noctis and give him Fenrir.
Z

Damn, really sad to see Way to the Dawn go. Really was one of my favorite designs.

I am looking forward to that replacement keyblade, though. Maybe he's saying that his "other him" will inherit that old blade and it will still be active while he's using the new one? What's his new one called, the Not-Fenrir-we-Swear-Guys? Ah well, I still hope that whoever gets that old Way to the Dawn is able to fix it somehow. It's just not the same without that wing.

I should also note that, upon a closer look, that monsters inc. keyblade isn't as bad as I thought it was. It's still a little bland, but I like the keychain and the door that is on it. And I'll be damned, but that Tangled keyblade restored my love for the Disney world keyblades that's been long lost since Birth by Sleep's designs didn't thrill me. It's wonderful; the transformation, the shotlock (or should I say "shootlock"), the tower move, AAH IT'S SO PRETTY

All these renders are amazing! Also I'm so glad they worked on Mickey noticeably more from his 0.2 appearance. His eyes are finally right again! And of course, my boy Riku looking fresh as hell and his keyblade looks like a giant pair of scissors to go with that new cut.

And idk if it's just me but I cant click on the Sully render to go full.

I NEED RIKU AS MY AVATAR

All these renders are amazing! Also I'm so glad they worked on Mickey noticeably more from his 0.2 appearance. His eyes are finally right again! And of course, my boy Riku looking fresh as hell and his keyblade looks like a giant pair of scissors to go with that new cut.

And idk if it's just me but I cant click on the Sully render to go full.
Click to expand...

It's not just you, I can only expand it because of my extension. The link must be broken or something.

Riku's new keyblade looks a bit like fenrir - yay!
Also I'm loving that his hair is going more in the proper silver-direction now than before. It looks so goood.

They all look so good! Goofy scares me! Yay!

Riku getting Fenrir is cool. Though I wish his new keyblade had been Mickey's KKD. Those theories we came up with made me think he would get it. Oh well.

So, it's the key on Riku a placeholder for the model or what?


Oracle Spockanort said:
I NEED RIKU AS MY AVATAR
Click to expand...

I'm gonna wake up with mine forcibly changed huh? =p


DarkosOverlord said:
So, it's the key on Riku a placeholder for the model or what?

Also man at this angle it really looks like a giant modern key lol
Click to expand...

I'm thinking it might be a temporary blade he'll use after Way to Dawn breaks. Cause it honestly looks pretty bland.