My theory, What happen to Ava?

I hope I post this in the right tread.

My theory is that we all ready seen Ava after the foretellers.
1) First when we saw union cross ended the player's heart became Xehanort.
2) Xigbar or aka Luxu told the Foretellers that Ava had a role to play and she fulfilled her role.

I know that Xigbar could be talking about Ava and the dandelions.

Now here is my Theory, I think Ava could be Kairi!!! Here are some points that back it up.
1) Why did they should us that kingdom hearts is were you get a new life. I know some maybe be thinking cause we wanted to know how Xehanort is connected.
That is true but we kinda know Nomura and the kingdom hearts team like to put in stuff that have more of a point later on.
2) We know that the MoM wants to destroy the darkness and he told Luxu that I made you guys strong in heart so you can capture the darkness in your hearts.
Maybe Luxu told Ava this when they fought who knows... Ava could realize that she wasn't up for the true mission and she lost her life could be in a fight or could be old age.
That's when she saw herself as Kairi.

Thats why Ava wasn't there with the rest of the foretellers cause is is dead and became a new life. Kairi could be one of the ones to capture a darkness in her heart cause of Ava. If its true we will learn more about it in the future of Kingdom hearts games.

That's my Theory of what happen to Ava.

Excuse me, but.......what do you think about the fact that Kairi's and Ava's voice actors are different people?
Z

There voice actor doesn't need to be the same person. 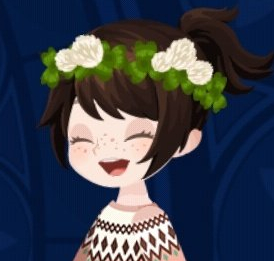 I think what happened to Ava that she in on her own mission which might be connected her Dandelions (where Skuld is etc) and destroying the darknesses that are inside the Foretellers & MoM. Maybe Ava is helping MoM to defeat the darkness and we'll see her in Quadratum?
Z

I think what happened to Ava that she in on her own mission which might be connected her Dandelions (where Skuld is etc) and destroying the darknesses that are inside the Foretellers & MoM. Maybe Ava is helping MoM to defeat the darkness and we'll see her in Quadratum?
Click to expand...