Tinny said:
Nah, nothing crazy over here. I'm sticking to my guns that Mickey and Riku aren't looking for the BBS crew but previous Keyblade Masters from eons ago.
Click to expand...

Just give it a night, trust me, they'll come. They always do~

Okay I jizzed. Kh2 is gonna look great in HD.

And that teaser was pretty legit too


Tinny said:
Nah, nothing crazy over here. I'm sticking to my guns that Mickey and Riku aren't looking for the BBS crew but previous Keyblade Masters from eons ago.
Click to expand...

Maybe so, maybe so, it's all up in the air now.


Anr12 said:
When is the Japenese Release date?
Click to expand...

Strangely, it is the last release date to be announced this time. We should find out soon enough.


JazzmanJB said:
What was the Kingdom X hint that was discussed at the beginning of the thread? I'm a little out of the loop.
Click to expand...

Here's our article on it. It's a little difficult to explain, but it's just a possibility that they could be involved. Nothing but a theory.


gosoxtim said:
yeah this Before my master, He who created me, disappeared,He bestowed His six followers with new names, and gave five of them a tome of prophecy.
These five followers, who were to become the Foretellers, read the future written in the tome.
Apparently a passage written on the last page shocked them.

"The war in that place will lead to the defeat and destruction of the Light.
The World will be enveloped in eternal Darkness."​
Click to expand...

Thanks for filling me in. Appreciate it.


rac7d said:
We should give it 24 hours let the world take it in and break it down then we narrow it out to the sensible outcomes
Im sure some artist will be all over those two faces with the hands over them.
I am gonne cheeck deviant art like its my job tommorw for hints
Click to expand...

The hair is your hint. 
JazzmanJB said:
Thanks for filling me in. Appreciate it.
Click to expand... 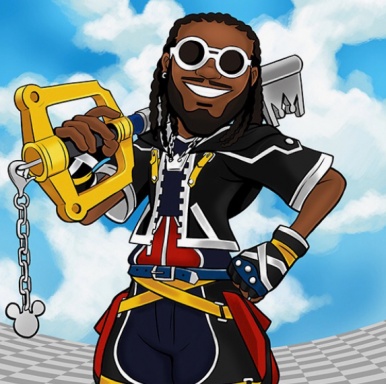 I'd put my money on Wii U if it's a playable re-release since it's a Nintendo game and Square has displayed their lack of desire to re-release titles on entirely different systems with the Xbox. It's possible Nomura's actually following through with the infamous statement he made about Kingdom Hearts being an annual franchise.

My best assumption is that they've added a recap for Dream Drop Distance to 2.5 and that's probably why it's taken them so long to put the collection out.


Taochan said:
The hair is your hint.

Even in those sketches they look as young as in their mid 20's. but that's from my point of view.
G


OathkeeperRoxas XIII said:
Even in those sketches they look as young as in their mid 20's. but that's from my point of view.
Click to expand...

They may very well be, they at least around Terra and Aqua's age there and we don't know at what time Eraqus was named new "true successor".

Surprise everyone! Hope you're not too disappointed with the release date :>

the KH2FM scenes got dubbed???

does this mean we'll be hearing Aqua speaking English in the Realm of Darkness??? THIS IS THE BEST I COULD MANAGE OK


gosoxtim said:
no problem hey sign do you think we will get more kh 3 news or no this is it
Click to expand...

With the inclusion of this trailer, they don't really have a choice but to talk about it in my opinion. Of course the focus will still be on HD 2.5 ReMix, but we should get a follow-up for KH3 as well.


Chaser said:
Surprise everyone! Hope you're not too disappointed with the release date :>
Click to expand...

It's only after Thanksgiving, enough time for pre orders and getting any 1.5 gameplay done.


Efflictim said:
My best assumption is that they've added a recap for Dream Drop Distance to 2.5 and that's probably why it's taken them so long to put the collection out.
Click to expand...

I was kind of hoping they'd do that in the first place, but given how those clips of DDD were attached to the KH 3 tease, I doubt it'll be included in 2.5. More than likely, DDD will e recapped before KH3, I presume. But I am TOTALLY up for being proved wrong.

I don't think Nintendo would allow it though. Given how they're losing a lot of money with the Wii U, they could benefit so much from people buying 3DS's and copies of DDD in preparation for KH3.

Man, I had a bad feeling it was going to be a December release. Oh well, I'll just have to wait. Love don't come easy, but it's a game of give and take.

So yeah this re-sparked my excitement for it but it's going to take until almost Christmas break before it comes out. I'm going to be studying for finals and stuff! It will probably be almost too much for me. So I guess I'm not alone in thinking that in the KHIII part the two people talking were Young Xehanort and Eraqus? That sounds like a rather interesting scenario. Well this made my week. There go any plans I may have had for winter break this year.

It's actually quite smart on their part to drop this in December, though, since most major titles come out in October/November. As a smaller title, 1.5 was overshadowed by much larger titles such as FIFA 14 and GTA V. Based off history, they should get a lot more attention in the month of December, which is needed to attract newcomers to the series since that's Nomura's goal, especially with it being on a last-gen platform.
You must log in or register to reply here.
Share:
Facebook Twitter Reddit Pinterest Tumblr WhatsApp Email Link
Top