- Christopher Lloyd is amazing as MX

- That Guardians vs Xehanort Replica battle is badass

- Mickey finally gets to be badass

- Greeting/Photo Mode will grant me endless hours of joy

- Kairi does seem to be heading into a more prominent role in the future and I'm all for it.

- Chirithy getting emotional about going home

- The Orchestra! I need the OST now! Face My Fears Instrumental was wonderful to hear.

- Luxord and Demyx getting to do a bit more this time around.

- I kind of don't get what they were doing with Xigbar's character. He was careful all these years and now he just kind of blabs about the box? Then he's surprised when someone (Luxord) questions it? To be fair, Luxord is very sly so it makes sense for Xiggy to have met his match there. MX honestly didn't seem to either be aware or just didn't care that Xigbar was doing something on his own. Perhaps that was the deal between them, as long as Xigbar doesn't get in the way of MX's plans, MX would keep his mouth shut and hand over the No Name keyblade. There's just still not enough about some of these characters to draw a conclusion.

- This is more of a personal issue but I know I'm never going to beat all those superbosses lol. So it kind of sucks because of the secret episode being stuck behind it. Maybe Fast Pass will give me a better chance.

- Im not really sure about the whole time skip thing. Maybe Nomura wants to age up the characters a bit for whatever themes he plans to use in the future. I kind of hope we get a three way game with playable Sora, Kairi and Riku as DDD 2 (or whatever the title it would be lol) explaining how they get Sora back.


- So Nameless Star is Yozora's girl then. Definitely didn't expect that. She mentioned his heart was replaced with another. So who could it be then? I'm actually really not even sure, especially since MoM is existing in Sora's world at this point. Is it possibly the Darkness entity we've been getting teased about?

- When Yozora says he's going to "save Sora" does he actually mean kill him before he turns into something evil? Or did someone manipulate Yozora into thinking he needed to to do that? So many questions.

- The overall feel of KH does seem to be shifting over to a bit of a darker tone which I'm all for. Gimme dat angst. I think the chances of getting a Verum Rex game are becoming more likely too.

I'm still processing everything but I'm enjoying things for what they are at the moment. I might come back with more comments later. I hope everyone else gets to have fun when their DLC unlocks!

If anyone's wondering about the Fairy Godmother....

She appears after you beat Limit Cut. She mentions Riku might be the key to saving Sora, as per request of Yen Sid to investigate Riku's dreams, and along two others. And after she said that, the scene pans to Kairi and the Final World, which probably means they're the two other keys to save Sora.

And in regards to the end scene of Limit Cut, just a theory:


So in connection with the Re:Mind Nomura interview and the Fairy Godmother scene, Kairi might play a role in the next game? Like she might go with Riku to look for Sora? Riku did mention that his dream was the one shown in the base game Secret Ending, which means it's not really a preview for the next games, but an epilogue scene to KH3. Which kinda means that only Sora's side was the real Secret Ending in the base game.

Based on Nomura's interview I'd say chances are extremely high Kairi will be a playable main protagonist in the next game.

How many hours took for u guys to beat the game?

Oracle Spockanort said:
the whole scene is a shot by shot recreation of the fucking Versus XIII 2011 trailer scene and god I didn't think Nomura could get any saltier
Click to expand...

Agreed, but what are we calling Yozora’s world? Is this some sort of paradox? Is Yozora actually “Noctis” without infringing on FFXV? I’m so confused.

The DLC is still locked for me. Is there something I need to do or is it just a matter of waiting?

There are so many scenes that I wish they would’ve integrated within the main game. Hoping if they do decide to release a “Final Mix” version, they do this.

Recon said:
Agreed, but what are we calling Yozora’s world? Is this some sort of paradox? Is Yozora actually “Noctis” without infringing on FFXV? I’m so confused.
Click to expand...

The scene doesn't exist in FFXV, so no. It isn't infringing on anything. 8D


If the star is "Stelluna" instead of Strelitzia....

"No one's anymore... They took away my name(Stella->Luna) -- everything about me".

Even other bits of the dialogue carry the same tone.

THAT CONVERSATION WAS THINLY VEILED VERSUS SALT THE WHOLE TIME!!!!!

Someone can throw here with a fairy from Cinderella and where she is lounging, because I scoured the whole YouTube and can not find this moment throw it here, please. [SPOILERS]

I flip flop between facepalm and squee on this dlc XD

nearly every new original cutscene is very very nice, with much better cinematography that was missing towards the end of the game

Hollow Bastion theme, I think it got a remix too

The absolute badassery of that guardians fight.

When I say I have low standards I mean it, if this had been the base game I would have been satisfied. Sure I would have still had issues and still not thought the plot was very good, but those interactions go some way to paving over that.

... Nomura please I beg you just let go of Versus. You've essentially told us Noctis and Stella still exist.

Radiant Garden is one room, which is more than I expected, but that doesn't make it any less OK XD
Especially as its highly likely we're never gonna see these characters again

Overall, I think paying $33 dollars for a very small amount of original story content is a bit steep but I do wanna try the bosses, so here's waiting on a price drop! Also, I feel a lot better about leaving the series now if I was to, it's very clean breaky.

I must say I really feel bad for

Spoiler Show
The Destiny trio's parents. Their kids are gone for so long and whenever they do come back they never stay long, lol 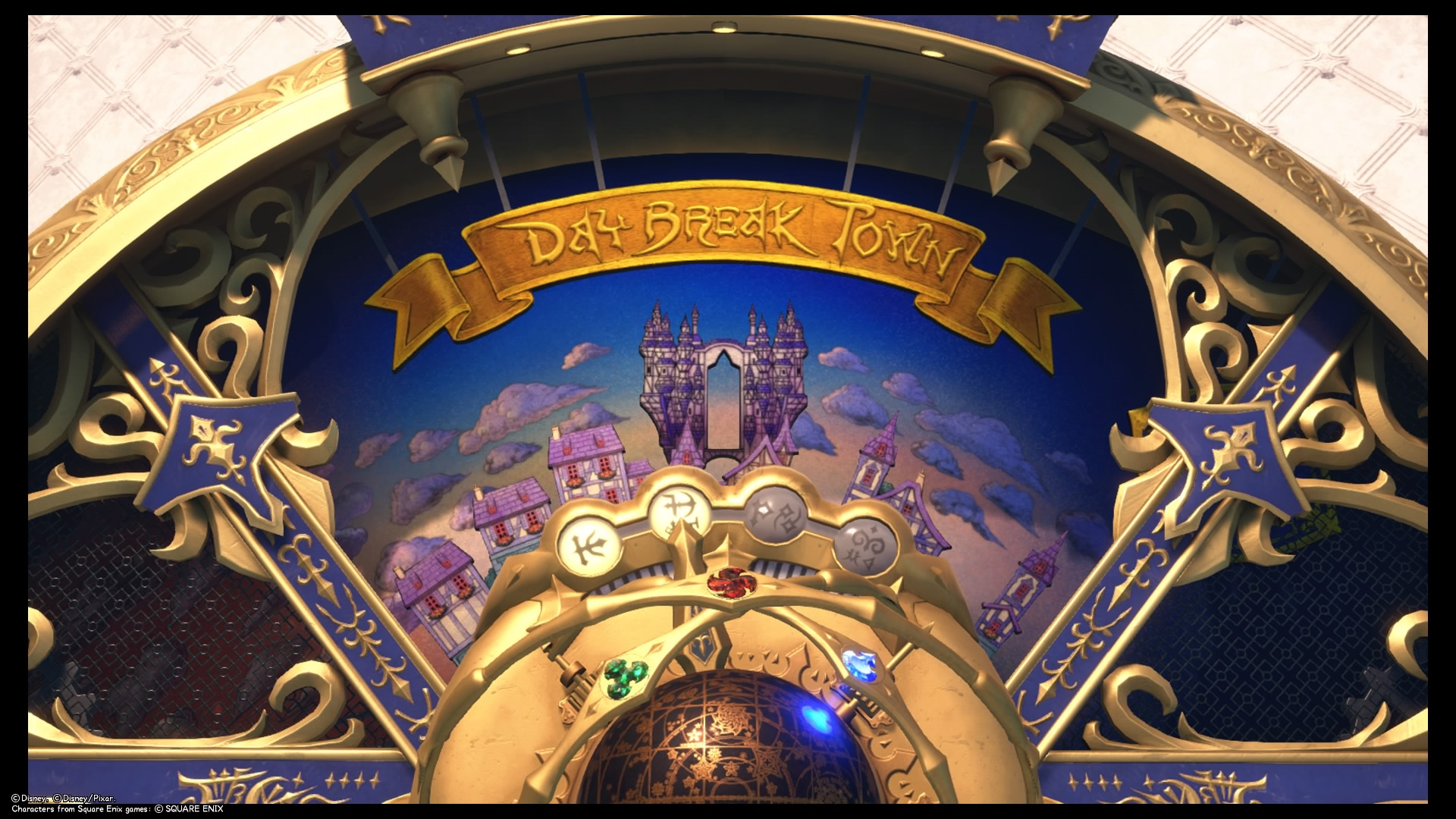 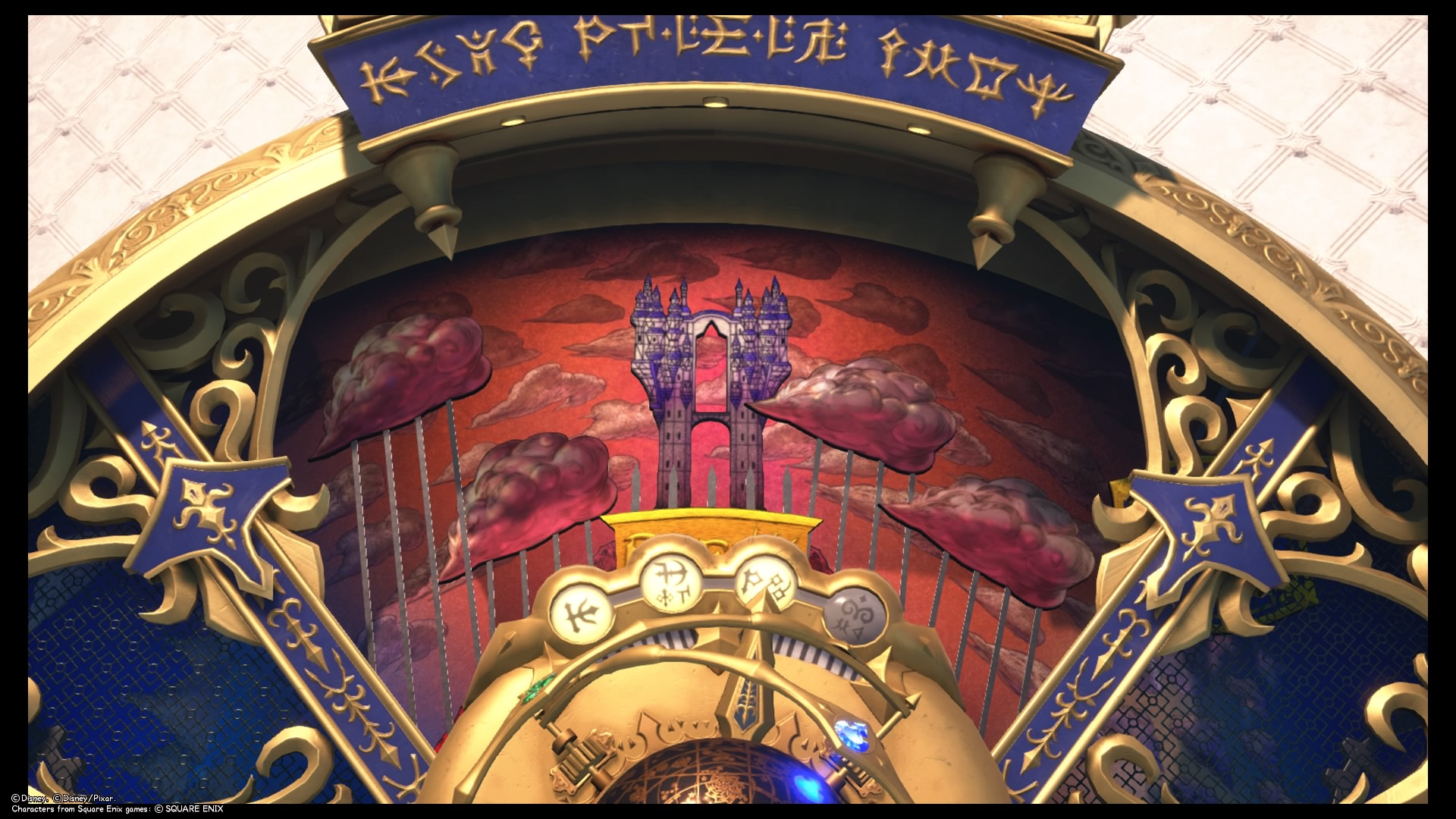 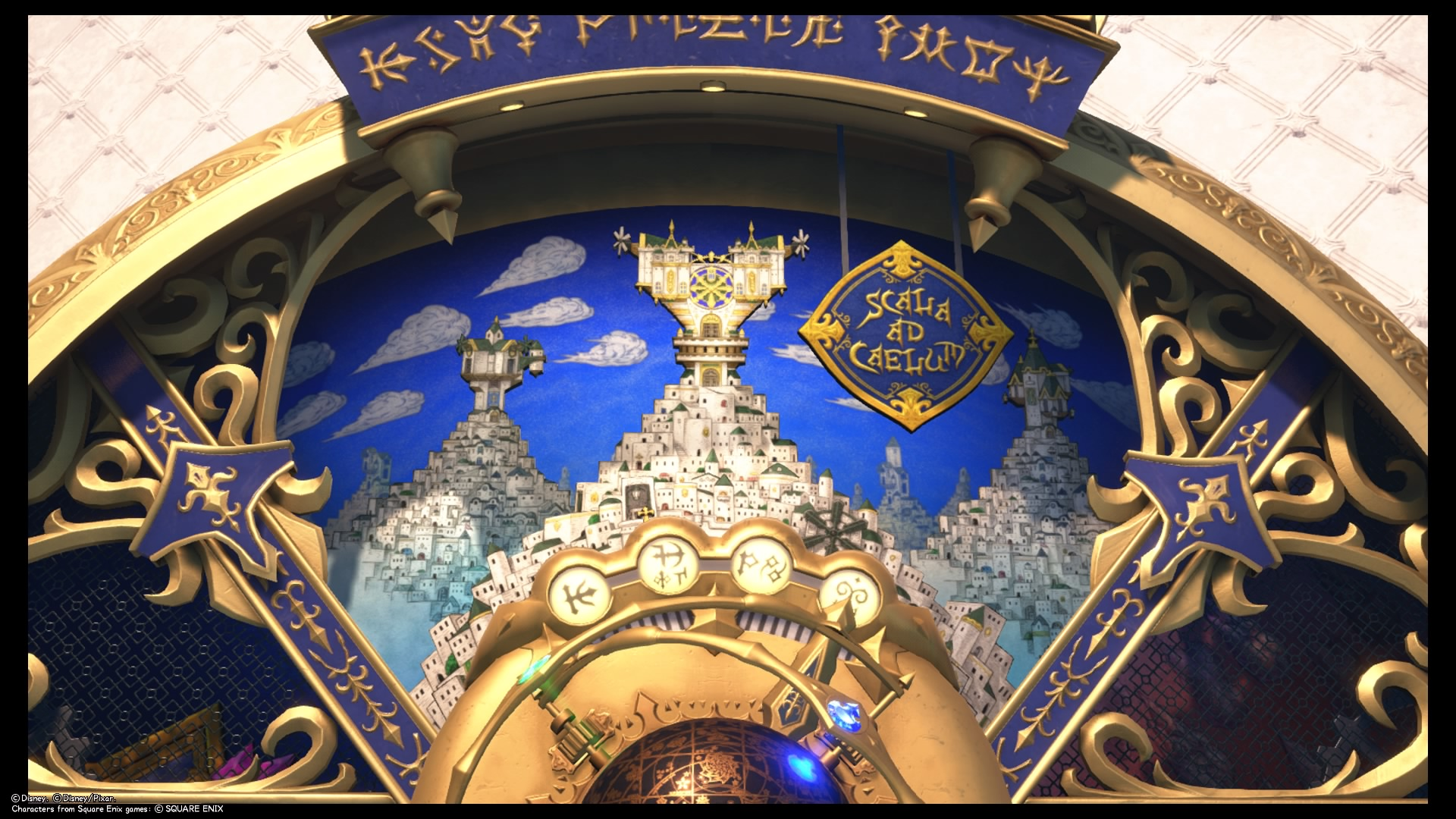 Spoiler Show
So um... What I that middle picture representing? A biblical flood style event?

Spoiler Show
So um... What I that middle picture representing? A biblical flood style event?

Spoiler Show
So there is "Break".... Could mean like a pause or something thats... broke off? Still wonder why the middle of the tower thing is missing.
They mentioned also some kind of ark in UX back then

Spoiler Show
I got one question about the Fastpass/Blackpass List/thing... How do I use them? Where do I find them? I just played on Proud lol

Seriously, I didn't think that a headcanon I had somewhat years ago as an alternate explanation to something else would come up again.

So if I interpret Vanitas' statements before the whole battle correctly he isn't actually Ven's darkness but a different dark entity that was either sealed within Ven or hid inside his heart? But doesn't exactly make sense with the conversation Van and Ven have after the battle when Sora is also present.
The whole "his heart is too pure" earlier on Ven's heart station is also is a callback to Xehanort describing pre-split Ven in the BBS reports.

There is so much I could say about all of this, but I'm going to keep it simple and spoiler-free. (mostly because I can't figure out how the spoiler tag thing works).

I cried big, happy tears at just about everything and I love it. There were so many moments where I could tell they were really, really trying to do right by what people were wanting and I appreciated every single one of them.

My only major gripe with KH3 isn't one that is often spoken about (I genuinely really love the game and think people often expect way more out of it than it is ever supposed to be) but for me the vanilla game often felt like the characters never really...worked together. They were segmented into groups, divided, individual and rarely felt like a team. It was jarring and frustrating when I knew the game is supposed to be all about friendship and bonds to feel like those bonds were segmented into neatly sectioned off "trios" and no one should step out of their box, please! except for Sora because he's...Sora.

I think Re:Mind does a wonderful job of changing that completely. I played through finally feeling like "Yeah. These guys are guardians now."

It finally feels like the true ending that I was waiting for and also got completely rid of the weird irrational frustration I had at everyone in the ending cutscene when they were just having a party on the beach instead of HELPING SOMEHOW. But now I kind of get their feelings a bit better and I'm at peace.

I think they did a great job. I only wish it could have somehow been woven into the main game like all the other final mix's so we could just...play it straight through instead of now having to jump around in a menu to basically finish the game properly imo.

I'm glad I didn't pre-order this DLC.
Be honest with yourself: the offert doesn't match the price.
AT ALL.
It should have been around 10 euros (I will wait till this price).
The Re Mind scenario was kinda boring (maybe just not the very end).
I was more interested in that single cutscene at the biginning of The Limit Cut Episode.