For fans who are excited to see the manga adaption of KINGDOM HEARTS 3 by Shiro Amano, you can now read the prologue chapter for free on the official website for Square Enix's GanGan ONLINE (Japanese language only). The first chapter covers the opening scene from KINGDOM HEARTS 3 featuring the "Boy in Black" / Xehanort and "Boy in White" / Eraqus playing their game of chess while discussing the legend of the Keyblade War from the age of fairytales. 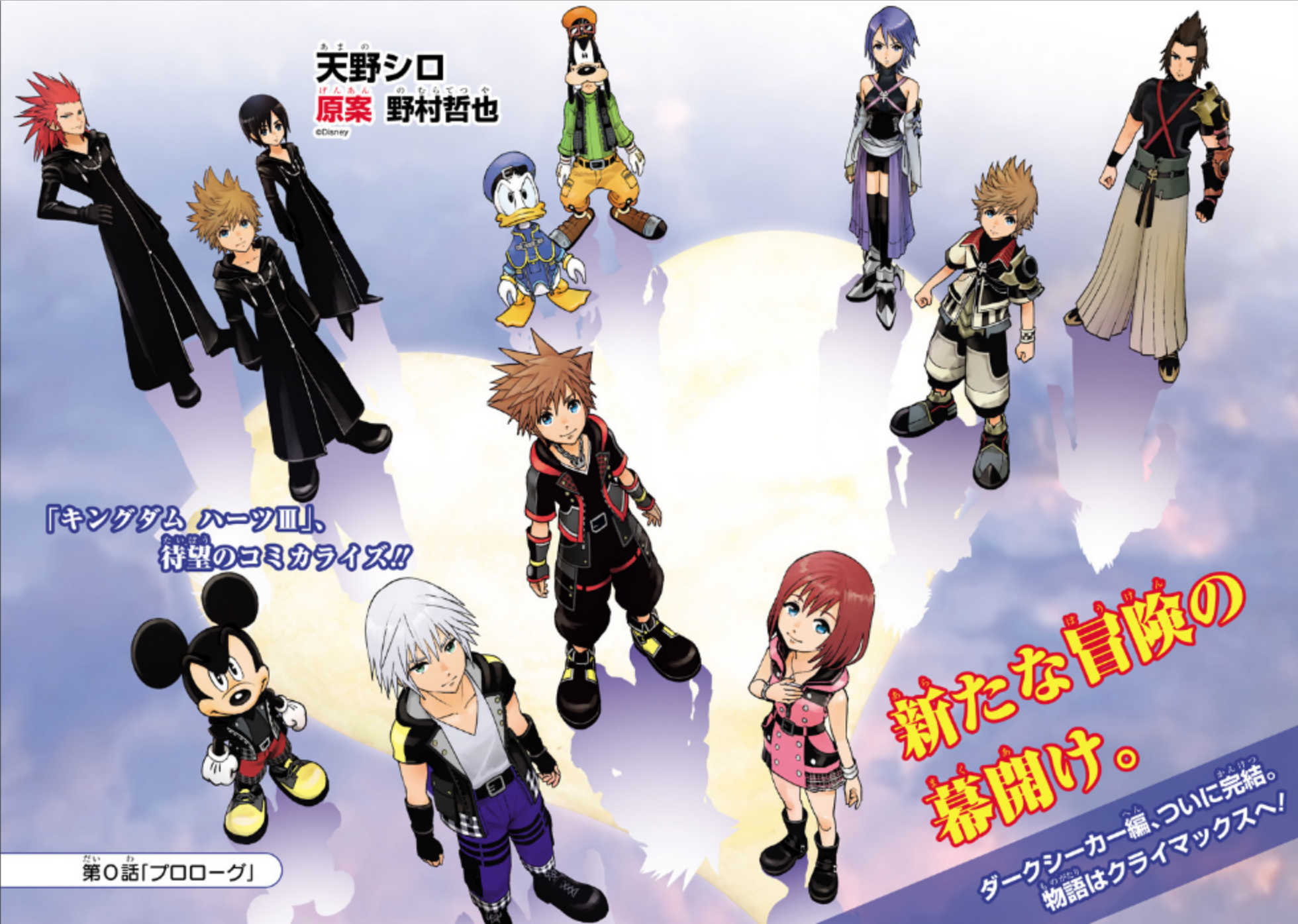 Even Amano omitted Namine. Was it just to keep in line with the opening?

Zettaflare said:
Even Amano omitted Namine. Was it just to keep in line with the opening?
Click to expand...

i am honestly happy to hear that amano is making a KH3 manga i didnt think amano was going to so super happy!

This looks promising, can't wait to see how the Manga deviates from the game.
D

Reading this made me realize putting a silhouette of the Foretellers at the beginning of the game when they talk about them wouldn't have been a bad idea.
It would've made their entrance in the Secret Movie more meaningful, even (especially) for those who were unfamiliar with Ux.

DarkosOverlord said:
Reading this made me realize putting a silhouette of the Foretellers at the beginning of the game when they talk about them wouldn't have been a bad idea.
It would've made their entrance in the Secret Movie more meaningful, even (especially) for those who were unfamiliar with Ux.
Click to expand...

As nice as that detail is, I think shoving it into the game would’ve broken the immersion of the opening scene.

Yeah, the opening scene works exactly as it is. Anything else and it would have been distracting, and certainly would have taken you out of the moment between Xehanort and Eraqus. That’s the last thing they needed to do.

There are other narrative methods they could have employed to callback to the Foretellers in KH3.

The way Amano did the opening scene only works in the manga because of the type of media it is.

The opening prologue was nice though I kind of wish Amano showed a bit of townsfolk walking around Scala ad Caelum. There had to have been some people living there during Eraqus and Xehanort's youth
D

There are also ways not to make that inclusion distracting, for example starting the conversation between Xehanort and Eraqus with images of the Foretellers and Ux stuff and only then cutting to them playing chess without changing focus ever again.

Especially since I think the first chess sequence is actually not that thrilling, considering they have to keep showing weird camera angles in order not to reveal the boys' faces up until the end of the cutscene. At that point if the focus isn't even on them for the moment but on what they're saying, showing something pertinent to the discussion wouldn't have hurt.