Lit ► KHI Book Club - What are you currently reading?

Just finished Mythos ( Greek Myths Retold ) by Stephen Fry. It was a great introduction to Greek Myths, though I don't know how actually solid it was because I never took Classics in HS.

King of Scars by Leigh Bardugo. I read it a month ago, but it was EXTREMELY good. If you like Nikolai & Zoya in the previous series of Shadow and Bone, you should definitely check it out.

Tomorrow, I'll be reading Wicked Saints by Emily A. Duncan.

Location
In a world of my own...

I just finished Out of Abaton, which is a retelling of Pinocchio. I actually didn't know what to expect, but I really enjoyed it!

And right now, I'm reading Flashback from the Keeper of the Lost Cities series!

I started reading As the mountain echoes by Khalid Hosseini. 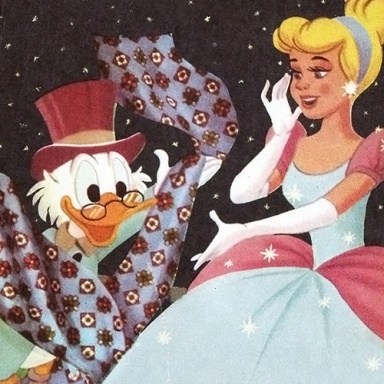 Over half-way in. Pretty quick read. So far, it's a beautiful, spindly guessing game, deciphering the half-truths and magic.

Over half-way in. Pretty quick read. So far, it's a beautiful, spindly guessing game, deciphering the half-truths and magic.
Click to expand...

This sounds delectable. Where is our KHI Queer Bookclub.

I have a stack of books that manages to measure up to my TV (which is admittedly smol-ish) next to my bed and I weep at realizing I need to be an adult and actually schedule time to dig through it. Scheduling reading time. What has this world come to. :'(
But I'm about 30 pages into Fire on the Mountain by Terry Bisson (on recommendation from my mom) and I'm enjoying the alt-history-as-revelatory-for-real-world history approach: I need to know more about this timeline's version of Harriet Tubman, the militant revolutionary. Also letting myself drift along through I Am a Cat by Soseki Natsume, which I picked up at Kinokuniya on a whim along with Once and Forever: The Tales of Kenji Miyazawa (translation by John Bester) and My Solo Exchange Diary 2 by Nagata Kabi (speaking of queer and book clubs...). And then I did a, haha, sizable Indiebound order so that's when I realized I have a duty to all the trees who have died for my sins. </3
T 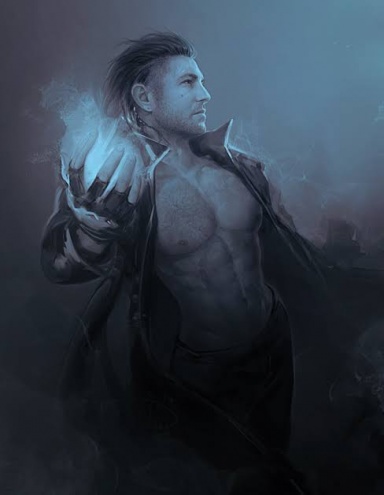 so do comics count because they are an ongoing series sooo? but actual books wise that would be the Institute by Stephen King, My first time actually reading a stephen king novel and honestly i kinda love it

I’ve been trying to make my way through Jason Schrier’s Blood, Sweat and Pixels, but I’ll be honest, I really only wanted to read the chapter on Stardew Valley’s development so it’s been tough going back since that one lol.

Most recently I got the new Twilight book, hoping it’d be nostalgic and fun, but right now it’s just annoying me a little.

A bit of death note as of now. 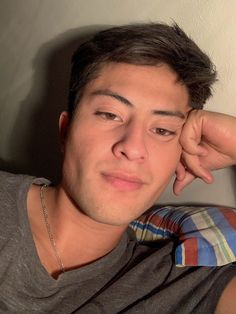 Currently am reading all literature about Kingdom Hearts from the A to the Z. I do not have any time for my homework, that's why I am forced to use my favorite writing service (https://ewriters.pro/) for it
I

The entire The Giver quartet by Lois Lowry. 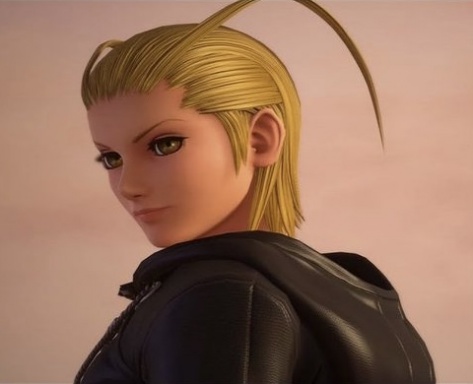 Currently reading through the My Hero Academia manga

I recently finished "To Sleep in a Sea of Stars" by Christopher Paolini. While it has a lot of genre trappings and cliches, it also has a well crafted universe, relatable characters, and an interesting ending.

It's a sci-fi space opera taking place in a future where faster than light travel (known as FTL) is discovered and humanity has colonized many planets. Kira Navárez, a Xenobiologist, is studying a potential new planet to move to when she discovers an alien relic that changes her life forever. This sets in motion an odyssey with action-packed space battles, a quest to prevent a war from escalating, and eldritch imagery.

I recommend it to sci-fi fans, especially those a bit tired of Star Wars' most recent movies. It is an adult novel though, so bear that in mind if you're expecting the same as what he wrote in the Inheritance Cycle (Eragon, Eldest, etc.). Much more mature themes are present.

"I LOVE THE BONES OF YOU" By Christopher Eccleston
An autobiography about the actor dealing with his father's dementia diagnosis.

"Later" by Stephen King
A story about a young man who could see ghosts and he gets blackmailed by a corrupt cop.

"MY NAME IS WHY" by Lemn Sissay
An autobiography focused on the author's childhood in the British foster care system.

"IF IT BLEEDS" by Steven King
A set of 4 short stories I haven't finished yet.

"Destiny Unfulfilled" by Jim Adan is a good critique of Harry Potter. It's worth a read especially if you want to be a writer yourself.

It's a 157 pages long. Some of it could apply to other franchises .

I started reading The Three-Body Problem - a science fiction novel written by the Chinese writer Liu Cixin. From the first sentences, from the first chapters, I understand that this is a masterpiece. This is truly one of the most interesting and captivating books I have ever read. I remember as a child on the site https://graduateway.com/odyssey-essay-topics/ I learned about Homer's Odyssey and how much this book impressed me. The Three Body Problem is the book that impressed me more than the Odyssey, I declare it officially.
Last edited: Jan 28, 2022

.hack//Zero - The Phantom Pain. This .hack book finally got a fan translation, and the book is fantastic. So many tie-ins to the rest of the series.

I've been reading the Drakengard 3 content as I've been playing through the game, and it adds so many more layers to all of the characters and really fleshes the tale out in a-whole-nother level. 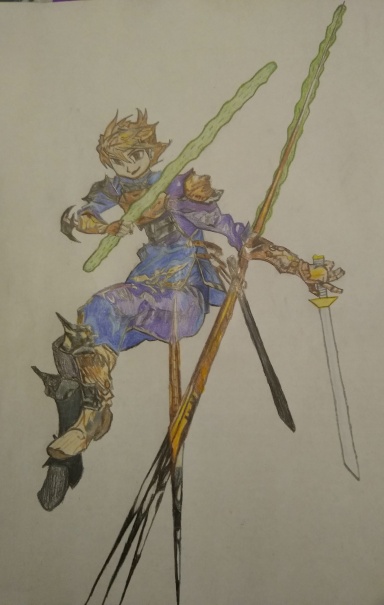 I literally learned just yesterday that this guy (Robert Newton) with his depiction of Long John Silver in Treasure Island in the 1950's film basically contributed to the modern idea/rendition of the pirate "accent", but it's only really because it's a sort of specific accent from England that the actor seems to possess. So, the idea of the pirate's gruff accent is just some arbitrary English accent that the actor happened to have.

I've been having difficulty finding any good books. There's usually a vein of something that strikes the wrong way, imo.
Okay, like I was reading "The Justice of Kings", and you can tell, despite it being written rather skillfully, that this author is already caving into catering to this fear-mentality with the horror imagery and whatnot. Which makes me groan a little because none of these people (writers) have actually listened to Indonesian Gamelan nor any potentially unsettling arrangements of it: . So, the horror just comes across as standard stuff, in a sense. The horror is also appalling and stupid at the same time, like we have a justice conducting witchcraft who has no moral qualms about it. Also, I think they kill a witch in the book (who does not commit supposedly witchcraft in the scene in which she's seen doing a "pagan ritual", but has parlor tricks instead), but they do not even consider killing the justice from what I've read so far. Who is also one of the main characters. Like I'm thinking, why did I waste my time reading this, just to be shocked with "supposed horror". I feel like this author is an amateur in some way, imo. I'm really disturbed that this is the trend for popular fiction.

The next book that I've been reading feels like it was written by a female, and you can tell because the woman will do something with romance, and make the bad guys (demons, and whatnot, etc.) appear more romantic and monstrous in a Beauty and the Beast way. Again, //www.youtube.com/watch?v=Hs7wYQuxBNs. Will anyone just listen to that? Also, this woman has a husband and one kid.
Also, I noticed the presence of a particular swear word that starts with the letter "f". So, I start counting. It goes one, two, three, four, and then five times in the span of two pages. I guess that's actually sort of impressive, even though it's evidently a bad word. And then for while, the character doesn't say it. It sort of reminds me, though, when Sephiroth laughs at Cloud five times within the same scene in FFVII, except it's reasonably more condensed here.

Lastly, I've been reading or listening to the Wings of Fire series on audiobooks. I'm mixed about this series, but I keep on listening it, mostly because the author keeping asking questions all the time that keeps my interest. The dialogue is stereotypical a lot of the time, but does the thing. However, the series is written for pre-teens and explains a lot for each scene instead telling some of the time.
Last edited: Apr 21, 2022
You must log in or register to reply here.
Share:
Facebook Twitter Reddit Pinterest Tumblr WhatsApp Email Share Link
Top