As an actual disc, and I was wondering if anybody had any tips, secrets, or ways to make the game more enjoyable (I've beaten the game before, but it was on an emulator, so..)?

Maybe... use the vibration function? I remember I once set the controller down, and in the middle of a cutscene it started moving across the floor... If you're looking for in-game ways, get rid of the staff. You need attack and defense more than anything in the game, and you don't get magic for a long time. I also heard that if you picking the shield gives a huge advantage.

The original Kingdom Hearts can arguably be broken just by starting the game with "Shield Priority". With the ability to survive critical hits (that would have otherwise killed you) with 1 hp, the added HP, and perhaps some level grinding, even "Those Bosses" that are required to finish the game are no worry, due to the ability to tank the damage and just heal back up without a cooldown on the healing spell at all. Even "Magic Points" are not a limiter thanks to a skill that causes sufficient MP regeneration from damage taken. It is possible to rarely die, all the way to the end of the game, using this setup.


Starting with Shield Priority also allows Sora to learn the "Lucky Strike" ability much MUCH earlier than any other set-up, which means you can start collecting all the rare materials needed for forging better items (including the Ultima weapon) much earlier in the game.
Click to expand...

prepare your anus for the cave of wonders boss fight?

Well it depends! Are you looking for a challenge or just a different experience while playing?

Try going for 100 percent this time around if you haven't when you beat it the first time.

Good for you. All I have to say is your going love KH Franchise. Congrats on getting your copy. ^_^

Virion Crescent said:
As an actual disc, and I was wondering if anybody had any tips, secrets, or ways to make the game more enjoyable (I've beaten the game before, but it was on an emulator, so..)?
Click to expand...

You can still use the actual disc paired with the emulator if you want.

Anyway, best tip I can give is use just about every real chance you have to explore and look around. You may uncover a couple of secrets, some of which are relatively unimportant, but fun to see. This includes talking to people when you get the chance, and exploring a world, you just cleared before leaving it.

Virion Crescent said:
As an actual disc, and I was wondering if anybody had any tips, secrets, or ways to make the game more enjoyable (I've beaten the game before, but it was on an emulator, so..)?
Click to expand...

Good choice, Kingdom Hearts 1 is the best in the series in my opinion. As far as tips are concerened Collect all 99 dalmations and that will unlock the secret ending for you if you have trouble finding all 99 dalmations there are plenty of faq location guides online. Also Kingdom Hearts 1 is not an easy game per say so for certain boss fights you will need to be leveled up properly example Riku second fight, Malefcient Dragon form, other than that my only other advice is have fun !!! 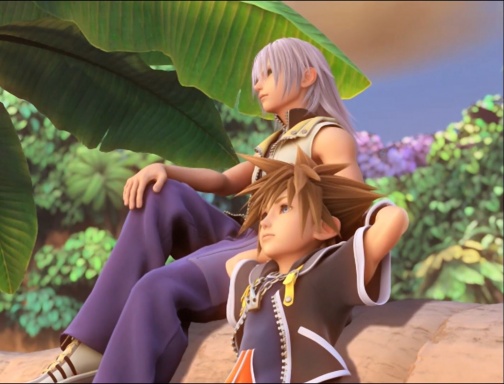 Now that you have the actual disc? Hmm....I don't know how different the emulator is from the original source, but I assume they're both pretty much the same thing minus how you start and play it that is. I'd basically try to 100% the game if you can and or are up for the challenge that is. That and if you want to make the game easier be sure to pick the top answer for all the questions in the beginning. I think it makes you level up a lot faster or something like that.