If you can improve KH2 what will you do?

I knew they came back, I just meant more in the style of kh1.
S

glide in kh1 is sooo slow, but dodge roll is cool
M

To improve it, I'd add myself to the game Oo
F

I think guard could be made a little more useful.
V

make it longer harder, and then on a side note, make a mmorpg out of it for online play =D
X

vdjeckz said:
make it longer harder, and then on a side note, make a mmorpg out of it for online play =D
Click to expand... 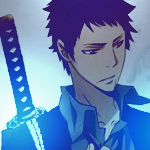 sifero said:
Make anti form playable all the time and not just random and a harder final boss
Click to expand...


i'm not sure, but did anti-sora like represent an abuse of power or wat? y did he randomly change into that?

also, i liked the kh1 tournaments better. especially the 50 round hades cup, and also the option to do it as a team or by urself.
F

I would like to see an option that lets you play music in game. Like Hollow Bastion music on The Land of Dragons.

Make it harder. Apart from the Seph fight, I found it alot more easier than KH1.

the seph fight? it was much harder in kh1. kh2 is pretty much all over easier than kh1, which is the sad part.

and the music idea sounds cool.

they couldve had more malificent. i mean, she was there, she had plans, she helped u, and thats it. mostly pete did everything.

and on that note, make timeless river longer. That was by far my fave lvl, and yet it was the shortest of the already small worlds. so unfair >_<
F

Timeless was way to underplayed. There was so much potential in that world.

I'd keep Timeless River over the Tron level. Geez, that was so annoying. It just kept going and going.
F

Space Paranoids made me feel sick.

I also would have liked more time to explore the Castle That Never Was. I guess that would've been interesting.

tron was an interesting lvl, jus i dont think it deserved more game time than timeless river. plus, TR had the potential to giv us so much insight to mickey's past (now bbs takes care of that, but i'm talking about b4 bbs was even thought up)

couldve had secret oss fights against fire titan and wind titan from hercules. in kh1 u fight ice and rock titans, so fits perfectly
F

Yeah adding the Titans would be a treat.

How about being able to choose what allies fight with you in the tournaments.

It didn't deserve that much time. TR could have explained so much including Goofy's and Donald's past as well as Mickey's. I thought of the SP as a waste of time, just a level I was forced to do. If we only had to go in there the one time I would have been happy.

choosing allies for tournies wuld b great. i kno i've said it 100s of times, but beast+jack skellington=best team ever

I would trade Sephiroth for Kefka as a secret boss, make the game harder, add in an additional world or too (hopefully with a decent story), and fix the story.