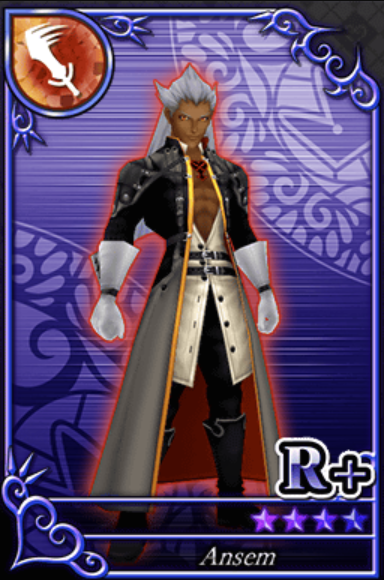 Are you running the game on PCsx 2?

Yeah that's uh...not normal. How exactly are you playing the game? If it is some kind of emulation/pc port then I would expect stuff like this. And if that's the case, my advice would be to play a legit copy instead.

If, however, this is happening to a normal copy it is a glitch I have never heard of nor can find any other mention of through a really quick search. You may need to keep multiple save files spaced out just in case, but honestly I have played hundreds upon hundreds of hours of KH2 and never once had a single glitch anything close to this (just a few wonky things with sound in the ps3 ports), so either you are playing some kind of messed up copy or this is a real rare set of circumstances.

Btw its the PS2 version of Final Mix

Btw its the PS2 version of Final Mix
Click to expand...

Well that is a bit confusing. The text in your screenshot is in English but the PS2 version of kh2fm was only Japanese. Are you using some sort of code to swap the text to English? Or did you mean it was the PS3 port (aka 2.5 remix)?

It's basically impossible for you to be playing KH2fm for ps2 in English text without using some sort of game alternating software such as a text overlay. If you are doing the later then I assume there was some sort of coding glitch due to that.

Just out of curiosity, when you were experiencing the glitch what exactly happened to Donald? Did they just sort of phase out of existence? I find glitches incredibly fascinating/hilarious and would love to know what exactly it looked like. Did you just sort of teleport and start falling into oblivion? Did you clip through the floor in a particular spot? It would be crazy to learn that the maps of Land of Dragons and Maleficent's castle area are actually somehow connected in the programming.

I don't really know too much about emulation or things of that nature to really actually offer much direct help for any bugs there, though.

If you are just playing the ps3 2.5 remix port without any alterations at all then oh boy, I really hope that was just a messed up save file and when you get back to that spot it doesn't give you a repeat performance. I found the ps3 port to be the "glitchiest" whereas playing on the ps4 or the original ps2 version tends to be more reliable. Not sure if either of those are an option for you if for whatever reason your system can't get past this part. And, of course, playing the ps2 version for final mix requires you can at least read Japanese text (which may or may not be an issue).
Last edited: Jul 31, 2020

I was playing KH2FM normally witht the english patch and I was playing it, I was going to the land of dragons and I got put out of bounds of Hollow bastion to Maleficents tower, I tried to move out of it and get to a savepoint to get out but I started falling and I had no master form so I went valor form.

I had to start a new save file.

and the file slot was on slot1

Can you try resetting and loading up the save file? I never had any glitch ever happen to me in a KH game.

I tried to reload it and the thing crashed
I tried again, crash.
so I had to reset the file.

Well sorry to say, but you will probably have to start a new game. At least Land of Dragons is pretty early on, so it shouldn't take more than a few hours to get back there.

Maybe going forward you should make two save files, in case one gets corrupted like this?

Ok thanks for letting me know