Many fans of Kingdom Hearts knew beforehand that Sora would be a very difficult character to include due to the legal barriers of Disney. According to PushDustIn & KodyNOKOLO, the barriers for having Sora appear in Super Smash Bros. Ultimate was indeed very high that the team believed it would be impossible.

It was by luck that Sakurai met one of the Disney heads at an award show, which he expressed wishes for Sora in the game. After many exchanges between Square Enix, Disney, and Nintendo, Sora eventually found his way into Super Smash Bros. Ultimate.

Sora was the most requested character in the Fighter Ballot. Fighter Pass 2 originally planned to have five characters likewise to Fighter Pass 1 but it had increased to six due to Sora's inclusion. 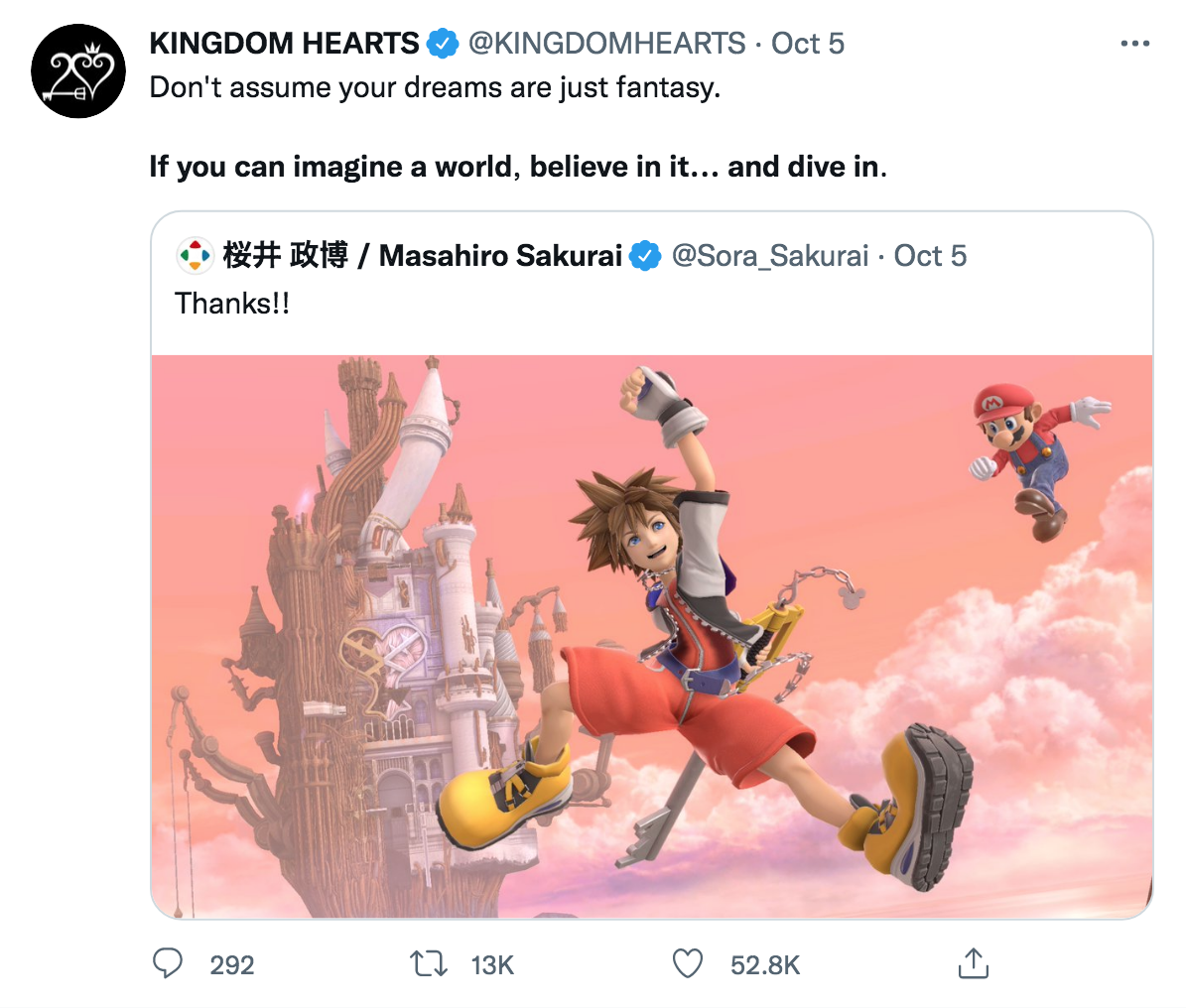 Another elevator pitch.... This series tends to do its best when these happen, I'm seeing a pattern

So basically since this happened twice now, don't be afraid to ask Disney for anything even if it may be impossible because there's a chance that it can actually happen.

Kingdom Hearts is truly a work of luck. It seems like every amazing decision only ever happens because of a chance encounter or a coincidence or somebody just really begging for something lol

Oracle Spockanort said:
Kingdom Hearts is truly a work of luck. It seems like every amazing decision only ever happens because of a chance encounter or a coincidence or somebody just really begging for something lol
Click to expand...

Maybe that's why the theme to 3 is titled "Don't think twice".

"Destiny is never left to chance." Unless it comes to Kingdom Hearts.

So the naysayers weren't exactly wrong, we just had a stroke of incredible luck that made it possible anyways!

I'm continuously amazed by the amount of luck it's taken to bring Kingdom Hearts to us in the form it has. This seems exactly on brand!

… Square Enix and Disney… had a chance meeting

… to discuss having Disney characters from various movies interact and be more involved in the main story in KH4 .. aha ha, just kidding

10 years from now: "So Michael Bay just so happened to be waiting in line for the same restroom in the same Chevron gas station as Bob Iger and that's how Kingdom of Hearts the Movie got made". 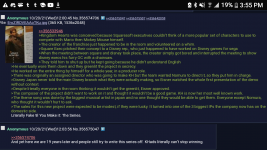 This series was made from pure friggin luck

Fighter Pass 2 originally planned to have five characters likewise to Fighter Pass 1 but it had increased to six due to Sora's inclusion.
Click to expand...

God, imagine the shitstorm if it had ended on a Tekken character.

LOL, this is so great.

It’s heart warming to see things like this come together. It’s a small world after all

especially when working within similar industries. Glad they could work out the legality make it happen.

Soldier said:
Maybe that's why the theme to 3 is titled "Don't think twice".
Click to expand...

AHAHAHAHAHAHAHAHAHA TRUE STORY!!! THIS and the fact that we had to wait so damn long for the game to finally come out xD

KeybladeLordSora said:
View attachment 14438
This series was made from pure friggin luck
Click to expand...

I love how the only reason Nomura didn't STFU when they told him to was due to him not understanding Engrish. Also, I bet the people who decided to let Nomura direct the game/series are REALLY regretting that decision to an extent due to how convoluted and confusing the story can be if you don't pay attention...and even if you ARE paying attention...cause Nomura is the biggest troll in the entire universe. But to tell you the truth, I would rather have him BE the troll over someone else cause he at least makes this shit funny somehow xDDDD