Harry Potter: And the Seven Angels of Death *retry*

Harry Potter: And the Seven Angels of Death

Albus, Rose, Hugo, and Lily laughed. The trained began to move and Harry walked alongside it, watching his son's thin face, already ablaze with excitement. Harry kept smiling and waving, even though it was like a little bereavement, watching his son glide away from him...


The last trace if steam evaporated in the autumn air. The train rounded a corner. Harry's hand was still raised in farewell.


"He'll be alright," murmured Ginny.
As Harry looked at her, he lowered his hand absentmindedly and touched the lightning scar on his forehead.


"I know he will."
The scar had not pained Harry for nineteen years. All was well.


Far above the Hogwarts Train Station, two hooded figures are staring down on the man who was once known as, "The Boy Who Lived". The one on the right took down his hood and removed a pair of pitch black glasses to reveal his dark blue eyes. His short brow hair swayd in the wind, occasionally getting in his face but he did not mind. The second figure also took off his hood to reveal his bald head and beard.


The bald one, known as Adonis, nodded his head and watched his partner transfigure into a crow and fly off in the direction of Hogwarts. "If the world thought that Voldemort was scary, they have no idea what they are up against in terms of The Seven Angels of Death." Adonis picked up a cellphone. Funny that someone of this world would have a cellphone but then again it was the modern thing to do.

Angels of Death (The Angels of Death are a group of warlocks, wizards, and others. They keep themselves hidden as animals so that they can act without being noticed. What they plan to accomplish is yet to be known to the world. But soon enough, they all will know.......)
Name:
Age:
Gender:
Rank: (6 more Angels of Death)
Transfiguration:
Physical Description:
Personality:
Biography:
Misc. Info:

Woo! So keen for this to be back

A temp will be up later today 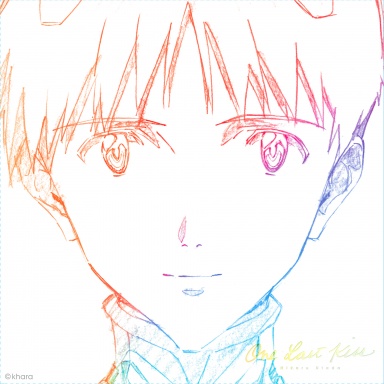 Hey the train scene in the epilogue takes place in 2016 lol.

@ Aaliyah: Yay, you're joining again! This time I promise to be more active.

What's the specifics on how the RP will play out? Will all the students go off to fight them? Will teachers see more action?

System Shock said:
What's the specifics on how the RP will play out? Will all the students go off to fight them? Will teachers see more action?
Click to expand...

Physical Description: She has long blond hair that is always flowing out and lightly reachs her mid back. Her vivid blue eyes seem to dance on air especially when some-one is practising magic. Moving down her slimming neck to her average size bust, she wears a red robe that she is hardly never without. Under, is a vivid array of muggle clothing, whether they match or not is another thing. One of the strangest things about Xania is the fact she does not wear any types of shoes. Believing in her own dogma that the magic flows through her from the ground. She has very small hands that normally have an array of nail pollish painted upon them. She jingles as she walks, as multiple braclets cover her wrists. In her hair, is often found a head piece of leaves and twigs.

Personality: Free spirited, airy and approachable, Xani has a nature to use horrendous quotes from anywhere and any-one being real or not is always a question of answer. She teaches Charms. Her passion to whisk away her wand is apparent to anyone who knows her well enough. She is normally found in the school grounds walking around the forbidden forest. She enjoys the company of anyone, as she is not a judging person, and believes that everyone has at least one thing of intrest about them. Hogwarts is affectionately her home feeling comfortably to start and initiate conversations with the teachers and headmaster. Teaching students with a passion, although her discipline methods are somewhat varied. There is one thing though about her which is always predictable, she is always late and this is no understatement, although a fantastic teacher she is unorganised and forgetful when important dates come up.

Biography: Born in England, Xani grew up surrounded by magic with three older brothers who praised Quiddich as their own higher power, all be sorted into three separate house. Her father worked for the Ministry of Magic, being a Slytherin he was ambitious and came across smug, while her mother took care of the house hold, she was a Ravenclaw, she taught her only daughter about the house hold charm work as soon as she could walk. When Xani’s letter arrived to go to Hogwarts, it was no surprise. With her second hand books and robes, Xani was quickly sorted into Ravenclaw, her airy knowledge allowing her to fly past every exams with an A grade average.

Her eldest brother Raliox, made head boy being sorted into Gryffindor he was the Keeper on the Quidditch feild, the middle brother, Mannix, was an ego maniac protecting his pride at all costs was sorted into the cunning Slytherin his swift skills allowed him to become the seeker for three years in a row, as for the third, Leox, his polite accepting attitude sent him to the Loyal Hufflepuffs, his chasing skills were unmatched during his time at Hogwarts. As school finished each semester she went home only to want to come back the next year.

After she finished school, she originally trained to go into the Minstry following her father, but remembering her lessons by Flickwick at school she continued her education in her favourite subject, Charms. Now preceding at the school as the Charms Teacher, she enjoys the smiles of the students, and has realised her ability to teach. It is now her fifth year in a row in working at Hogwarts.