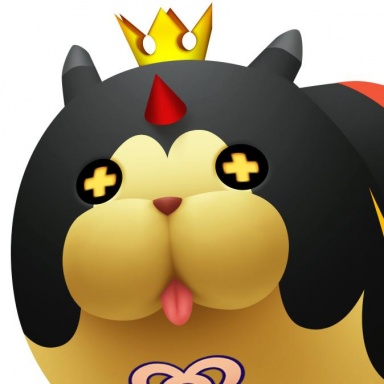 The first few episodes have been pretty good so far, and I have no major complaints about it. Right now I'm just waiting for things to pick up with their fight against the Red Lanterns. I wonder how many episodes we're gonna have with them meeting other GL's before we get back to that part of the show.

Well it's probably important they build up the cast of Green Lanterns so the audience is familiar with a bunch of characters. I know who Iolande is, I know Bzzd, Green Man, Arisia, Stel, Boodikka, Tomar-Re, Hannu, Isamot, Vath and Mogo. But many others watching this show won't. So I'm perfectly ok with getting to know this version of the characters before we go back and see Atrocitus.

This show is better then I thought it was gonna be.

I don't have too much knowledge of Green Lanterns and wasn't really interested in it until I started watching this show, and now I really want to read the original comics and learn more. I'm really starting to like this show as much as I like Young Justice.

Only Atrocitus and Bleez can talk in the comics.

This is a different take. Atrocitus even looks significantly different. Doesn't bother me.

The planet is a Green Lantern. That is amazing.

Now we got Mogo's introduction and even a first look at Saint Walker. I like what I've read on Saint Walker so far and look forward to seeing what this show's version of him does in the future.

Master Spockanort said:
The planet is a Green Lantern. That is amazing.
Click to expand...

It's not surprising since "Mogo Doesn't Socialize." XD

No, I have. Doesn't mean I can't be amazed by the fact whenever I see it

So this show is only getting better and better as far as I'm concerned. The last episode with the Star Sapphires was great. I really want to see more of Carol.

And when you look at how dynamic the action scenes get, I'm glad they went with CGI for the show. They shots they do in this, you can't get with traditional animation.

Fist of The North Star(Freedom)

This show actually makes me like the GLs WAY better. Before now I just thought of them as Space Cops, which is kinda what they still are, but now I see all of this and it's deeper than that. BTW o-o Wasn't the Blue lantern suppose to change their costumes? Also why did the red guy (I don't know why I can't remember his name even though I love his character so much -.-) become powerless at that point?

I'm not sure I understand.

Also why did the red guy (I don't know why I can't remember his name even though I love his character so much -.-) become powerless at that point?
Click to expand...

Razer. Which point? Was it because his ring's charge ran out?

We haven't even seen a costumed Blue Lantern yet. We've seen future member, Saint Walker, in his regular outfit when he was on Mogo. Their costumes will probably be just like the other corps.

Also why did the red guy (I don't know why I can't remember his name even though I love his character so much -.-) become powerless at that point?
Click to expand...

In the comics Blue Lantern Energy can neutralize the corruptive effects of red power rings, and is one of the few ways to restore a red lantern to sanity/remove a red ring. Since Red Lanterns aren't mindless rage-beasts in this show, it looks like Blue Enegy just saps their powers while supercharging Green Lanterns.

So Ganthet's been expelled and is now going to go start the Blue Lantern Corps.

Straight out of the comics.

Saint Walker is a boss. That team up with Kilowog and Mogo is awesome. The fight between Hal and Atrocitus was fantastic and showcased to me why this is in CG. And looks like Razer and Aya are getting it on.

This is a really good show and I really feel like people aren't talking about it enough. As a big Green Lantern fan I've really enjoyed this. I hope the next season comes soon.

The season finale was great, last Saturday. I was very happy to see Saint Walker get in on the action with his Blue Lantern awsomness along with Mogo and Kilowog. Hal's fight against Atrocitus was also well done, and I have no idea what to think about a possible RazerxAya thing that might happen next season.

As far as Green Lantern's first outing as a running tv show, away from just having a GL in Justice League or in their animated movies, I thought it was done well and I enjoyed it from start to finish. Extremely looking forward to the next season, and I'm going to early guess that the big enemy next time would be the Sinestro Corps, since the Reds might be done as primary antagonists after this finale. When Cartoon Network's Green Lantern: The Animated Series returns in September, Hal Jordan is finally back on Earth, having vanquished the rage-feuled Red Lantern Corps. But producer Jim Krieg cautions the audience "not to get too comfortable with the happiness Hal is feeling in his heart, because we're just gonna mess up his life again." That begins as soon as Hal gets home and finds he's been replaced as the Green Lantern of Sector 2814 by Guy Gardner, a character well-known to comic-book fans as a tactless and hotheaded bruiser. "He's like Hal Jordan cranked to Level 10," says producer Giancarlo Volpe. "He's that much cockier, more brash and a womanizer."

Voicing the role is Diedrich Bader, star of the late, great Batman: The Brave and the Bold, who gives the character a comedic touch. "Somehow he did this thing where he made lines funny that weren't even supposed to be funny," Volpe says.

A rival ring-bearer will be the least of Hal's problems as the season progresses. He'll face a threat from the Anti-Monitor, a legendary DC Comics villain. To face this colossal enemy, Hal will need to reunite with teammates Kilowog, Aya and Razer — who aren't going to be immediately available or interested. Jokes Krieg, "Essentially it's the plot of The Blues Brothers — but there's less music."
Click to expand...

I'd like to note the caption under Guy (and the file name) says "Hal Jordan" and I never realized they were one and the same. /sarcasm