Destati and the nature of Keyblade wielding

I was listening to some Kingdom Hearts music earlier, and I decided it might be interesting to get a translation for the Italian choral parts from Destati (the song played when Sora has his Awakening in KH1). Here's the translation I found, from Square Enix Music Online:

Awaken! Extend your hand
The time is now: wake up
The door will close, then open again

So remember the emotion
So wake up! And remember

Once again
Open the door

So remember the emotion
So wake up! And remember

Eh? Why? You don't want to?
It still belongs to you
That which you have lost
Will become one!

There's a few things I find interesting about this, in relation to future KH games and the requirements for Keyblade wielding.

The lyrics seem to hint strongly that the Keyblade is something that can lie dormant in a person even if they meet all the other requirements - a Keyblade wielder is only given a Keyblade of his own after he has an Awakening, but it was already there before that.

As for the Awakening itself, I have to wonder whether there might be some connection between the Awakening that a Keyblade wielder has to go through, and the Room of Waking that Xemnas was looking for. I'm also curious as to whether or not a Keyblade might go "back to sleep" and revert to dormancy under certain circumstances.

On a less obvious note, the lines "So remember the emotion/So wake up! And remember" seem interesting to me. There's an obvious connection being made there between Keyblades and memory, which could hint at some deeper connections... but it also seems to connect to several scenes in 358/2 Days:
Most obviously, when Xion's Keyblade is restored to her after Roxas allows her to use his for the mission - but also in a short pre-rendered clip in which Riku reached out as if trying to summon a Keyblade, after he had held Xion's. There was also a quote by Nomura that Roxas' dual wielding wasn't so much him using Xion's keyblade as Xion waking something up inside of him.

KH2 has some possible connections as well, since Riku only was able to get a Keyblade of his own after he had fought Roxas with Oblivion, and Kairi used a Keyblade for the first time only when she was given one by Riku.

I'm actually inclined to theorize that the Keyblade's power is supposed to be passed along (to people who meet the requirements) by older wielders allowing them to try the Keyblade for themselves - but, they themselves don't need to lose anything in order to wake up a Keyblade in others. Sora seems to be an exception to this rule for some reason (which I suspect has something to do with Ven's heart being inside him, since Ven already had a Keyblade of his own).

So this theory is based on backround music? 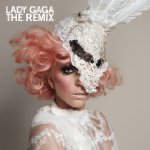 isn't it Latin? if not, i stand corrected.
K

Interesting theory. Though I think alot more about this topic will be revealed in Birth by Sleep and the game that will be about the keyblade way.

looked it up, it's One-Winged Angel that's in Latin. sorry about that.

as for your theory, i like the idea but not how you implemented it. as far as the "remember the emotion" part goes, i'd relate that to Ven in KH1 for Sora, and relate it to Sora in KH2 for Roxas.

i wouldnt extend it to Riku since he never had an Awakening that we know about.
K

Teiku 5 said:
i wouldnt extend it to Riku since he never had an Awakening that we know about.
Click to expand...

Well that we know about Nomura said he wants to do a whole game about his time in the Realm of Darkness so who knows what happened to him there....
A

this is quite interesting...

I really like this. Even though I've never been a "Terra=Xehanort" fan, your theory stating that the Awakening and the Room of Awakening may be connected. Maybe if Xemnas were to find the room, not only would it Awaken his memories from his past before "Xehanort" but also possibly therefore awaken his ability to weild a Keyblade.

This could have already been disproved, however. We're not truly sure whether Xemnas found the Room or not (I say no because it has never been shown or even hinted that he had), but if he had, then the room has nothing to do with a Keyblade Awakening.

But idk if Nomura was thinking that far ahead when he was making KH1....

But idk if Nomura was thinking that far ahead when he was making KH1....

thats the only hole i could think of.

it would have to be proven that Nomura was already thinking about BbS during the development of KH1. 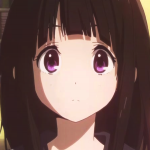 That man does seem to have it all figured out, though. And he must have an elephant's memory...

i cant think of any other explanation for it in KH1 to be honest......
C

This is a well thought out theory. It was produced in an uncommon manner as well, through a song from the game. Regardless, you did a very good job on this.

Nami said:
That man does seem to have it all figured out, though. And he must have an elephant's memory...
Click to expand...

Nomura himself admitted that he doesn't plan plot events out as far in advance as we all think - he's just good at leaving loose threads in a consistent enough fashion that he can tie a whole bunch up at once with a few new additions to the plot. But he does think of general concepts early on, and the connection between Keyblades, awakening, and memories seems highly likely to fall into that category, IMO.

puxal said:
oh i love the lyrics but i dont think it means anything
Click to expand...

KH's music has made it very clear that Yoko Shimomura is told more than just,"I want a piece that evokes this emotion" when she's composing. Compare Kairi and Namine's themes, for example, or the theme for the last non-Riku battle in 358/2 days and the character you're fighting.

If Nomura tells her about the connections between characters so she can do that, there's not much reason for Destati to have meaningless lyrics.
K

Awsome theory finding hidden info in plain sight (or in this case heard I guess?) that no one would think to find it
G

Simply amazing. I'm actually inclined to believe this. While my focus isn't on the Keyblade and it's wielder, I mentioned this is a previous theory. My theory now is something bigger than wielding. lol The part about Ven's heart in Roxas though...I no longer disagree and find it possible to be there.
R

Location
In a coffin.

And sorry, the lyrics of Destati are in Italian.