The KINGDOM HEARTS Fan Event was held on February 10th as part of D23 Expo Japan 2018. Lucky attendees were chosen to attend via random lottery and were promised a valuable experience only available at the venue. But oddly enough, little information was known outside of that even in the days leading up. Fans became anxious after hearing no word about what to expect or who they would see, but as the event unfolded, it became unbelievably clear why Square Enix and Disney chose to keep everything so tight-lipped.

With D23 now over, let's take the time to catch up with everything we've seen and learned!

This brand new trailer confirms a new world based on Monsters Inc., where Sora and co. will don monster forms and fight alongside Mike and Sulley. We get an updated look at gameplay in the Kingdom of Corona and finally see how Rapunzel and Flynn Rider perform in combat. Familiar villains Marluxia and Vanitas make their return to taunt Sora in the Disney worlds, and many new gameplay mechanics are shown off.

Utada Hikaru makes her long-awaited return with brand new songs for Kingdom Hearts 3! As always there are two versions: "Chikai", meaning oath in Japanese, and "Don't Think Twice" in English. "Chikai" will be available on Utada's 7th original album, which will be releasing later this year and will be followed by a round of live tours.

I don't know anything about destiny,
But at this moment, I can't help but acknowledge its existence.

Are you really happy with me just the way I am? Hey, are you?
I'd rather you not get my hopes up too much.

This day is free of lies and falsehoods,
The perfect day to take an eternal oath.
I don't need pretty flowers, or anyone's blessing.
Let's just wear rings of the same color...

How did I live in a kingdom of thieves
and people who say things they don't really mean, really mean?

Gummi Ships are finally making a return in KH3, but it won't be utilizing the same system established in its numbered predecessors. What used to be linear stages have been revamped into open world environments with a 360 degree view, and players will be able to fly and travel however they please. Gameplay will now have two distinct phases: Batlte Phase and Exploration Phase.

Rare Heartless can be found throughout the worlds in the form of a giant-sized pudding Heartless. Co-Director Tai Yasue says there are different fruit accessories they can wear, and they may only be defeated by using special strategies. Sora will be able to do things like ride on their heads, and each one will have a designated mission assigned to them for players to complete.

A new segment called "Giantland" will be implemented like an old LSI game. “Giantland” is known in Japan as “Mickey’s Giant Conquest,” which was released as an animated film in 1933 and based on the English fairy tale, “Jack and the Beanstalk”. This is something Nomura really wanted to include.

Nomura is also working on "something incredible" for the final world, something he's always wanted to do ever since his Final Fantasy days. Although his description was very vague, other staff have commented that "You will be able to do anything" and "It is a compilation of everything up until now."

All of Square Enix's Osaka office are working on the game, as well as an additional 100 people from the Tokyo office. Within the company alone, just the team working on backgrounds totals 80 people, and they've also outsourced work to overseas studios. This is a first for Square Enix, and is their largest team ever used for that purpose.

The staff have described this Kingdom Hearts title as being "in a league of its own." They've put the utmost effort into each and every world, so much so that each world could be considered its own game with the amount of mechanics and gameplay they've packed in.

For KH3, development of the worlds is split into three sections: Early, Middle and Late. There are roughly 10 worlds* over the three sections, although it is unclear if those 10 account for only Disney worlds or all the worlds in the game. The worlds in the early section are about 90% complete, which includes Toy Story, Monsters Inc. and Hercules. The middle section is 60-70% complete, which includes Tangled. The late section was not given an exact percentage.

*Note: The exact wording in Japanese is a vague way to express any number between 10-19 and does not confirm a specific number of worlds.

Now, one of the biggest criticisms of past titles was the emptiness of the worlds. An unfortunate aspect of the series is how the worlds had barely any NPCs outside of the main characters, often due to hardware limitations of previous installments. Hercules defeated powerful monsters to an invisible cheering crowd, Aladdin yearned for the hustle and bustle of the Agrabah city streets in a deserted marketplace, Prince Charming's royal ball was only attended by Cinderella's family...

But with KH3, a lot of effort has been put into actual towns. In footage shown of the Kingdom of Corona, many NPCs were shown coming and going, with houses and shops lining the alleyways. It truly felt like the town was alive, as if Sora had been dropped right into the world itself rather than a lackluster imitation.

But that's not all. Besides backgrounds, a lot of care is being put into the characters. Take Tangled for example! It was one of the first worlds announced and worked on, but barely any footage was shown since its reveal. The reason for this is because it took a huge amount of time to get Rapunzel's hair to behave the way it should. Until now, there hasn't been a character in a game with as much hair as she does, and processing all that hair proved to be a challenge, with it floating off in the air and clipping through the environment. They've been able to make a great deal of progress, and showed off footage of Rapunzel walking as her hair flows in the wind and falling natural as if in real life. Her hair has been programmed to react according to the terrain and Rapunzel can use it to interact with the environment such as the way she wraps it around a tree branch and swings from it in battle. Nomura jokes that it will go down in history as the most effort ever put into a game character's hair.

Messages from the Cast

A video message was shown at the event from Miyu Irino and Risa Uchida, the voices of Sora and Kairi.

Irino talks about the journey he's taken with Sora and how they've grown up together, and comments on a recent visit to Square Enix's Osaka office where he got the chance to see all of the development team's hard work. It's a rare opportunity to be able to play a character for so long, and he's very happy to be able to walk side by side with Sora these past 15+ years.

Uchida was asked which character she would voice in the series if given the opportunity. She answered Aqua, having found her to be strong and confident, and expresses equal admiration of Aqua's voice actor, Megumi Toyoguchi. She commented on various rumors she's heard and how she much she's looking forward to KH3.

The two reflect on their experiences working on the series and the strong friendship they've built. Even now, they still go and see each other in their performances, which makes them feel as though they share a connection similar to that of Sora, Riku and Kairi.

Irino ends by speaking about his recent endeavors travelling abroad with a single backpack, spurred on by his desire to study languages and experience the performing arts available around the world. His journey to all these different worlds, meeting and conversing with so many different people made it feel like a Sora-esque adventure.

Nomura, who was watching the video like a proud parent, remarked on how happy he was that Irino and Uchida grew into such wonderful adults and continued to remain true to themselves after all these years.

But fans shouldn't forget about Union X, due to a little thing Nomura has named "Project Xtrace." Project Xtrace refers to the link between Union X and KH3, and the development team is planning to include certain benefits in KH3 for those who play Union X. The two games will closely bind together; more information on what this entails will arrive later this year.

Besides that, players will have something to look forward to in the game's main scenario, which will henceforth rapidly develop. For those who are unfamiliar, the main scenario has briefly taken a backseat as the Player adventures to Disney worlds such as Castle of Dreams, Enchanted Dominion, and Agrabah, where they aid the worlds' residents and follow through with the plots of the original films. These worlds have left players desperately yearning for more relevancy, but don't fret; that will soon change as well. From here on out, all Disney worlds will be brand new, never before seen in previous games!

Players can also look forward to Player vs Player content arriving in the Spring. These will not be real-time battles but will work like the current Coliseum.

A collaboration event between Kingdom Hearts Union X and Final Fantasy Record Keeper will also be held from February 22 ~ March 8. Union X players will be able to get avatar parts of Final Fantasy character classes and fight against Gilgamesh and Kefka, while Record Keeper players can recruit Sora and Riku into their parties and use the power of the Keyblade to defeat Heartless!

Several new pieces of merchandise were available for purchase at the D23 Expo store, all of which will be publicly released at a later date. Mugs, towels, tote bags and coasters with images of Mickey in his Birth by Sleep attire and Organization XIII coat, adorable rubber clips of the main characters, masking tape decorated with character portraits and renders, and canvas prints of series' artwork by Tetsuya Nomura. Of course, the highly coveted Kingdom Hearts Tsum Tsums were also available for purchase.

Square Enix will also be releasing a new BRING ARTS figurine of KH3 Riku. More information will be available soon.

Gamespot: New Gummi Ship Details and How Development is Going

I can't believe you forgot the most important part! 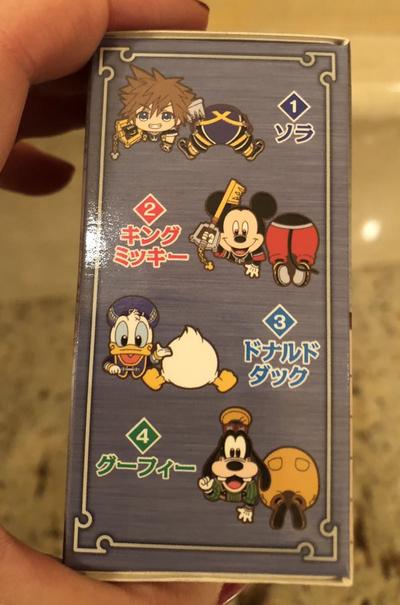 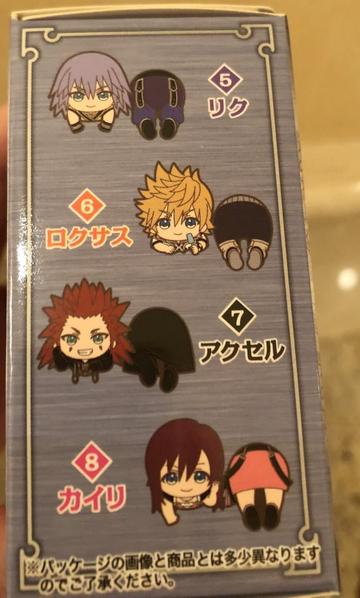 EDIT: Whoops! Some how missed that part when you're talking about the merch. My apologies.
Last edited: Feb 14, 2018

Wonderful write up, Sign! Receiving all this info and goodies in such a short time was slightly overwhelming but well waited for. 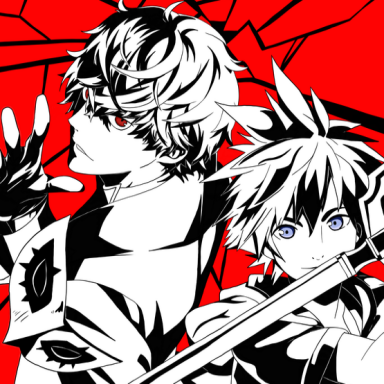 Damn, now I really wish I had a phone to play Union X.

I still don't get why Square Enix haven't released Donald and Goofy renders in Unreal Engine 4 yet? they're still using their Luminous Engine renders as promotion.