It's been said that the BHK will have two partners of his own, like Sora has Donald and Goofy. I'm just taking awild guess, but... maybe the two partners will be disney characters Max(Goofy's son) and PJ(Pete's son) ....I just have a strong feeling about it... don't know why. What to do you think?
R

I REALLY doubt it would be those two.

Maybe its Mickey and Riku. But, who knows...

sora is the best

Maybe its Mickey and Riku. But, who knows...[/QUOTE]
Now that would be really cool mickey and riku on bhk team. 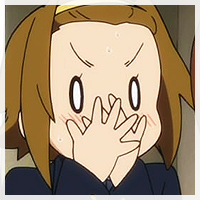 that would be funny but im not sure. i think it would be two of the friends we have seen already. the chubby dude and the one i the army pants. but maybe not
K

really? where was the fact about BHK having two partners mentioned? (oh yeah i really doubt they would be max and pj)

i dont think he will have disney characters as his party. and its about a .000001 chance that his party members are PJ and Max. it would be wierd for Goofy to see his own son in Twilight Town with BHK when he is supposed to be at Disney Castle. if he even exists in this game.......
Y

Location
I'll leave that up to your imagination...

It would be cool for Riku and Mickey to be his partners! And that would make sense..after all the BHK on the deep dive trailer throws the Oblivion to Riku..so I'm guessing those 2 are on the same side.
J

HE DOESNT THROW IT TO RIKU!
its been proved that its not him nor is bhk in DD
get your facts right

well having Mickey on your team is like having God on your team. LOL Mickey is one of the strongest characters in KH so i doubt u will have him as a party member. he beat 2 darksides with one hit each. thats strong. we cant havehim on our team because it would be 2 easy and the same goes for Riku. he is 2 strong to be on someones team. i dont think they will be his party members.

it would be cool if Mickey and Riku were fighting alongside BHK. i dont think that max and pj are the ones fighting with BHK. i remember reading something that said said that BHK would would have partners like Sora. and i remeber this being confirmed awhile ago too.
C

If PJ and Max were Blondies partners it would be...er...well, flummy.
T

Location
Wherever it is.. there's no windows...

The kids sitting beside him whilst he gripped his hand into a fist looked to be his partners, or so I thought. Eh, who knows. They could just be some random kids that are exactly his age and haning around with him for no apparent reason. >.>
K

actually.. i thought it was proven that it is BHK and Riku ni deep dive
-nomura said one of the unknowns was Riku. since the unhooded unknown has Riku hair we assume that one is Riku
-the other unknown can dual weild keyblades.. as the BHK can so we assume they are also the same people
M

Tenken Shirou said:
The kids sitting beside him whilst he gripped his hand into a fist looked to be his partners, or so I thought. Eh, who knows. They could just be some random kids that are exactly his age and haning around with him for no apparent reason. >.>
Click to expand...


Well there r like 3 random kids nxt 2 him on the original (i think, cant remember) trailer remember?wiv those stupid glass balls tht they hold up 2 the sun?....hey...wat was up wiv tht neway?!?!? ah well, neway it might be cloud n leon, tht wuld rock!
K

didn't BHK and his friend sitting next to him go to a tornament or something?.. maybe thats his party..that would be kinda cool.....attack w/yo-yos!
L

Ruler of them all!!!

Location
Within the light of darkness

It's probably two of BHK's friends. Which ones? I don't know.
D

I beg to differ.

First, in Deep Dive the DWU has the Oath Keeper, and the Oblivion when he fights the giant hoard of Heartless. This is also the combination that Blondie is always seen using.

Second. Blondie is looking for Sora, or is trying to protect him, proof via translations on scans of him. In DD, the DWU calls out "Where is Sora" If the DWU was Sora, why would he be, A. Refering to himself in third person, and B. looking for himself.

First, it has been confirmed that Riku is in ASAS and DD.

Second, Riku is known to be in the XII Order. That was confirmed at the end of COM.

But, you can believe what you want to believe. This is just what I go by.

I believe that two of Blondie's friends from the trailer would be his partners, or Riku and Micky. I don't think Pj and Max would be in KH2. Although, their I would love to see their crazy, cheese loving friend in it. (I can't remember his name!)