Fanfiction ► A Tale of Anti(warning:May contain some graphic violence)

"Things fall apart. The Center cannot hold. The blood dimm'd tide is loosed, and everywhere the ceremony of innocence is drowned; the best lack all conviction while the worst are full of passionate intensity."
"The Second Coming"
by William Butler Yeats

Inside an apartment building there was a floor, on that floor there was a room, in that room there was a closet, and in that closet there lay a little girl, whimpering and crying. She, as of many people, had witnessed one of the most frightning(and disturbing)things that she will ever witness by her aged, yet still young eyes. The little girl stopped whimpering, as she could tell the man was listening through the door that covered the closet at that moment, and if the man heard her, she would meet her end like the other unfortunate souls outside the closet door.

The little girl, scared beyond her young comprehension, let out a small whimper, tried to take it back in, but couldn't. The door opened slowley, the man had heard, the little girl hid in the deep shadows of the closet. The door stopped opening just before the light hit where the little girl was hiding, the man looked in, but saw nothing. And so, just as a woman screamed, the man closed the door shut, and, from what the little girl could hear, took out a knife. Another door could be heard opened, by, as it may seem, either the man or the woman(from the little girls perspective)closed it.

Six stapping noises reached the little girls ears, a shrill scream echoed through the entire building, and, even though the little girl was shakeing so hard that it was hard to hear even the loudest sound, she could hear that it was her mother. This, of course, made the girl cry and sob uncontrollably, to have ones mother die at a such a horrific time in her daughters life was one thing none would want to happen, but happen it did. And, since the girl was crying, and now, screaming, the man heard.

The door flew open and the man was standing right there, the little girl did not notice right away, but, soon looked up and screamed even louder, crying even more. The man had a blank experssion on his face, and, also had blood all over his body. The girl looked down, not wanting to see the horror the face bestowed when it was shown to people. The man, as he always did when he was in a situation like this, graped the little girl by her hair, she screamed.

The man walked outside of the closet and put the little girl down, the little girl, who had been screaming and crying enough to make her lose her voice, banged her head against the floor several times, not being able to perseve what was happening. But, as the little girl was about to bang her head for the twelth time, she saw that her mother was still barely alive. The little girls mother looked at her daughter and whispered something, but the girl could not hear. The mother passed away.

The little girls voice was gone, so she could not cry or scream, just show true horror on her face. The man took out a gun, the little girl turned around for a second and looked at it, she did not know exactly what a gun was, neither its name, but she knew(and had seen)that it had killed people. The man put a round of bullets into the gun and got ready to shoot, the little girl turned back around to look at her mother, and, even though the mother was not alive, she left a loving face on for her daughter. The man fired the bullet, it went into the girls head.

The man, as always, kept a blank expersion on his face, he could never change it, for some reason he just had not emotions, even after he had caused a total mess. The man, seemed to try to sigh, but just couldn't. Knowing(or rather knowing what to do on instinct)that there was no one left alive, went for the door. But just as he was about to open it, he blasted open on him. A gun appered through the door way, it shot three bullets. One went to the mans shoulder, just blowing a little skin off and makiing it hurt, the other went straight through the mans eye, making blood and just the general eye ooze out. And the final went to the mans upper left head, blowing it completely apart. Another mess had been made.


I would like comments, and yes, I know it is graphic in the violence.

Location
n. 1. a place of settlement, activity, or residenc

Well, extra points because I adore the poem. I've been studying it in English Literature. Nice choice. <3

That was very descriptive... Although it was graphic, it was well written. Lots of spelling errors though, I'd recommend writing it in Word or something first.
M

Yeah, I really ain't good at spelling. Next chapter somtime tonight.........and yes, I will type it in word first.


If you thought that was graphicly violent...well, you'll see.
M

The artist was proud of all of his work, there was almost never a time when he had seen one of his paintings as a failed piece of art, but this time would be very, very different. For the artist had created two pieces this time, both having been done to quickly and without much thought. The first one was not finished yet, it was a forest littered with animals and beauty. But the second was finished, and it was very much different than the other.

The painting consisted of a woman, dieing from an apparent disease, but what made it even more disturbing was the fact that she was about to be killed for her disease. And yet, what made it even more gruesome, for her young baby had the disease to, and the baby was already killed for it, her throat slit. In the painting it appeared that the mother was weeping for two things, one, because she was forced to wittness her own baby being Slaughtered, and two because in just a few seconds she would have her head drop into a bucket. This is what the painting consisted of.

After about an hour the artist put his brush down and smiled at his finished masterpiece, he had never seen such a beautiful work of art in his entire(but mostly meaningless)life. Yet, somehow his head turned around to the other painting, the one he considered a failure. The artist tried to turn his head around, but somehow couldn't, it was like somehow he couldn't escape his own mistake. This made the artist not angry nor fustrated, but terrified. So, in an act of cowardice, the artist shoved his fingers into his eye sockets, and, slowly began to tear his own eyes out...

Static came onto the screen as the rich man who I had showed the short film to took out the disc, I figured he had either gotten tired and bored, or was disgusted by the materiel. He turned off the T.V. and looked at the disc for a short three seconds, then, threw it down onto the floor and smashed it with his foot. "What the hell did you do that for?" I said in a shrill, angry voice. He looked at me for a second like I must be joking, then he realized that I was serious, he sighed.

"Janstilla, thia is a complete, total failure. No story, no resolution, damn, you didn't even come up with any real f*cking characters. How am I supposed to accept this, huh, just tell me how the f*ck I am supposed to accept this?" His voice was calm, but I could tell he was holding back anger. I started to explain, but I knew that the old shit would just brush it off as some lame ass excuse, Although I don't really think I if I was as smart as I am now I wouldn't have done this.

I started to take out my knife. but also tried to keep my stare focused at the man, so he wouldn't notice. I finally got it out and said the last words he would ever hear. "You just made the biggest god damn mistake of your whole f*cking life, Mr!" I said these words loud so he would hear them even though my knife went straight into his waist. I twisted the knife, then started to cut his waist open, I left just enough flesh so the whole upper body was hanging down. I left the building, but heard a noise behind me...


Sorry if this is a douple post, but I really needed to post this since it was finished. 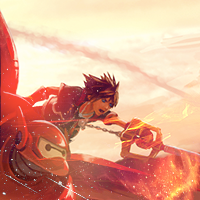 ...You read them THAT fast FD?

oh it will now can you give us a little hint on how it will?
M

oh ok. well i cant wait till the next chapter is up.