SweetYetSalty said:
KH would actually benefit with RWBY Chibi like skits. So many things from the series would make for hilarious parodies.
Click to expand...

Like imagine a skit with Ansem, Xemnas and Xigbar. Tell me that doesn't have infinite potential LOL.

So is this confirmed or not!? I'm having all my friends and family that know I love KH sending me these "confirmations", but I'm like I don't think it's true! UGH.

Face My Fears said:
So is this confirmed or not!? I'm having all my friends and family that know I love KH sending me these "confirmations", but I'm like I don't think it's true! UGH.
Click to expand...

It’s not officially confirmed, but these people in the OP have been right about a bunch of scoops before. So treat it as not confirmed but likely, I guess. 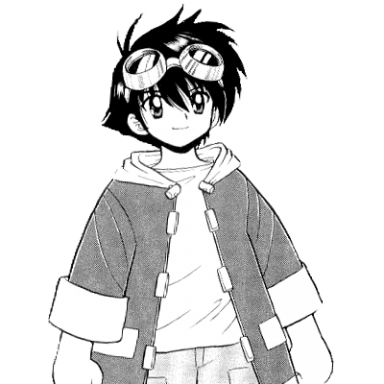 I remember seeing this rumour going around about the same time as this site's editorial on animated series rumours a couple weeks back.

As much as I'd like this to be a thing, I'm gonna be a sceptic this time and say I don't buy it.

But, if this turns out to be legit and they actually are making it a full CG series, I hope they go with a more cel-shaded style, something akin to Drifting Dragons or Levius. It'd at least work easier if they show Disney worlds based on the 2D animated films. 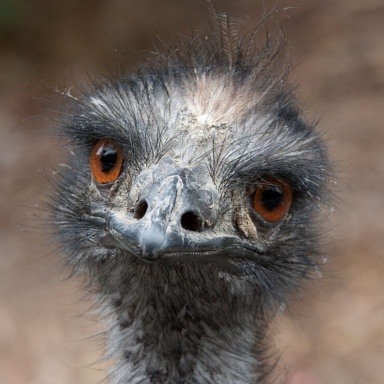 I'm going to try to not wishlist too hard so that I take care not to add disappointment to depressing stuff I'm going through right now, but UX the series is my ideal outcome from this:

It's pretty much perfect for the medium especially because you don't need to know anything KH in order to jump in and it would be an avenue for people who can't stand the mobile game to actually get the story. Now there are downsides like the fact that there are no FF characters in it -though Disney might see that as an upside as they don't own those characters- or something like Future Maleficent, or Data stuff. That can be confusing but if new watchers are invested they will be more likely to ignore those points, or investigate the games.

Some upsides are: an ease of entry as its early in the timeline, set up of mysteries that can keep attention, expanding the world of the Foretellers and making it feel more real so as to tear the heart out even more and better set up for the future that might take time to come out but even seasonal would be quicker than the mobage.

Unfortunately, another huge downside is that it would probably necessitate a concrete version of the protag, which means people will inevitably say "This is now the true protag and any deviation is shunned" which always happens when an unnamed or customizable character gets an identity in secondary material. I really wish people in general were better than that, but I'm not even sure that I'm innocent in that.

SuperSaiyanSora said:
Like imagine a skit with Ansem, Xemnas and Xigbar. Tell me that doesn't have infinite potential LOL.
Click to expand...

Just give me skits with the KH characters as a series. Give me a Organization XIII road trip across the Disney worlds!

SweetYetSalty said:
Just give me skits with the KH characters as a series. Give me a Organization XIII road trip across the Disney worlds!
Click to expand...

An adaptation of that one bonus chapter from the Days manga where everyone stayed at the castle because of how cold it was outside. 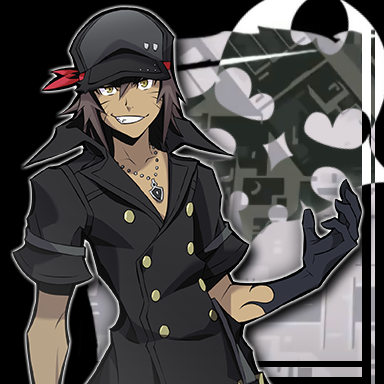 saintfighteraqua said:
Yes, we all knock on Nomura now. But I think we also can admit we love his style even if we can admit that it is not that great.
What he needs are the right people to keep him in check.
I'm all for creative liberty, but let's be real, Nomura is like George Lucas, he has amazing ideas but does not execute them all that well. The reason the original trilogy of Star Wars was so good is that Lucas had people telling him what would work and what wouldn't.
The prequel trilogy, on the other hand, was all Lucas and that speaks for itself.

I am the kind of guy who will sit there and internally scream at the horrible story choices he makes and at the same time marvel at them while in a state of rapture. Kingdom Hearts is the abyss and I've stared into it too long.
Click to expand...

An episodic format with characters going through Disney worlds would be my ideal cartoon. But if anything I suspect it might be a retelling of KH1 considering Nomura loves retelling that story.

SuperNova said:
An episodic format with characters going through Disney worlds would be my ideal cartoon. But if anything I suspect it might be a retelling of KH1 considering Nomura loves retelling that story.
Click to expand...

And it will star TV Sora, who is identical to Sora but a different being like Data Sora.

SweetYetSalty said:
And it will star TV Sora, who is identical to Sora but a different being like Data Sora.
Click to expand...

He will have to fight Heartless to find Disney character's true selves with the help of a bunch of rambunctious teenagers who are part of him but not part of him.

Disney Plus launches in Japan on June 11th. Originally this was going to be the last day of E3 2020. Just an interesting coincidence, I'm sure, but it reminds me that under different circumstances, we would be entering event season and there may be projects and other news planned to be announced around this time.

If this is a straight up retelling it would be cool if we got Disney characters or worlds that weren't in the games. Since it is its own thing it won't contradict the actual series.

Also they could expand on underinsured characters like Donald's nephews

I really don't think it's a remake of sorts, I feel like this is related to that third storyline Nomura was talking about in that UX announcement Oracle Spockanort said:
The dialogue and writing is consistent enough between Days all the way to KH3 despite the various scenario writers like Daisuke Watababe, Tomoco Kanemaki, and Masaru Oka working on the games to show that Nomura‘s probably writing the bulk of the main character dialogue.
Click to expand...

Just to add that Nomura pretty much says that in the KH3 Ultimania:

Nomura: In recent KH titles, Oka has been discussing and deciding the location and flow (of battles and cutscenes) with the level design team and creating tentative scenarios that fit. I touch things up in the final stages, but what I correct is mostly to do with dialogue. The events of the story of each world mostly prioritize level design.

Sign said:
Disney Plus launches in Japan on June 11th. Originally this was going to be the last day of E3 2020. Just an interesting coincidence, I'm sure, but it reminds me that under different circumstances, we would be entering event season and there may be projects and other news planned to be announced around this time.

Didn't know Japan doesn't have it yet.

On the last day of E3, hmmmmmmmm?

GreyouTT said:
If it's being made in collaboration with SE or at least a close adaption of the games, then I'll be more open to the idea.

If it's not, however:

I agree to that. 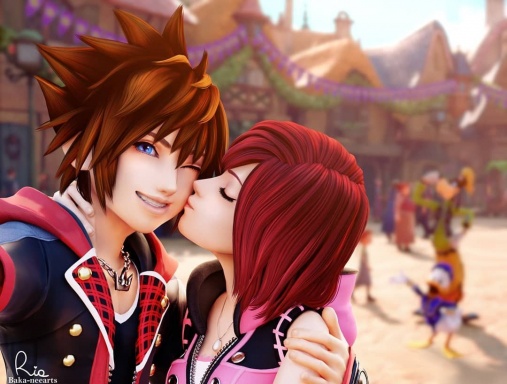 Oracle Spockanort said:
[parsehtml]<p>Rumors of a Disney Plus series based on&nbsp;<em>Kingdom Hearts</em>&nbsp;have been circulating the internet for a few weeks now.
[/parsehtml]
Click to expand...


AR829038 said:
I'm still very hesitant about this no matter what I hear. Kingdom Hearts, in my mind, just cannot work as a TV series, at least not a good one. Most KH fans tend to agree that the story and the writing are among the weaker elements of the series, especially when you consider that 70-80% of the grand narrative is just watered-down retellings of already popular Disney films with original characters shoehorned in.
It could feasibly work as something intended for people who are already fans of the series, if they make it a story that's canon and relevant to the games. Otherwise, if the conceit is just to have an unconnected episodic series of Sora, Donald, and Goofy travelling to a new Disney world every episode, then I just don't see how it could realistically work.
And frankly, I'm not enthusiastic about the show's potential regarding the writing, either. I mean, we all know Nomura ain't no writer. If we take X Back Cover as an example of what we might see with KH translated to a TV medium, then frankly I'm not interested. Dialogue in the KH series blows, I hate to say it but it's true.
Click to expand...

I agree for the most part, however, what if this is them going back over the series, and this time trying to do better with it? this would give them a chance ot build up on a lot fo what the story of Kingdom hearts has been lacking. the relationships specially between Sora and Kairi, The story points, diaologue. all of it. they could follow the game series and spend a lot more time improving these areas and giving more canon for the fans, or even just doing a better job of telling the story.

It should also be noted that Shinji Hashimoto retweeted about the D+ Japan launch but like...he retweets everything and loves supporting Disney, so take that as you will.


PStuder12321 said:
So does this mean Kingdom Hearts is expected to become a lot more popular? If so, does that mean we will get new content and games out much faster as they'll have a lot more at stake a lot more to appease and faster deadlines? Also does this mean KH4 game quality will go down due to rushing?[/parsehtml]
Click to expand...

It’s too early to say what it will do for it’s popularity. It definitely means it’ll be more in the spotlight to a wider audience, but who knows if people will latch onto it or not.

It depends on what the project ends up being about and how accessible it is to new audiences.

I doubt this will change their release output. They would probably get more funding, and then either get more freedom and/or more internal oversight by Disney...If anything there might be a push for more content related to what the show covers.